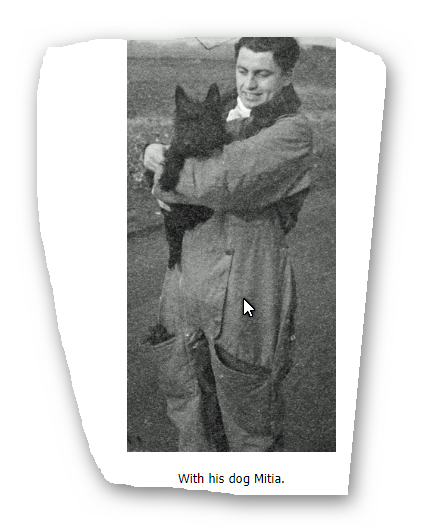 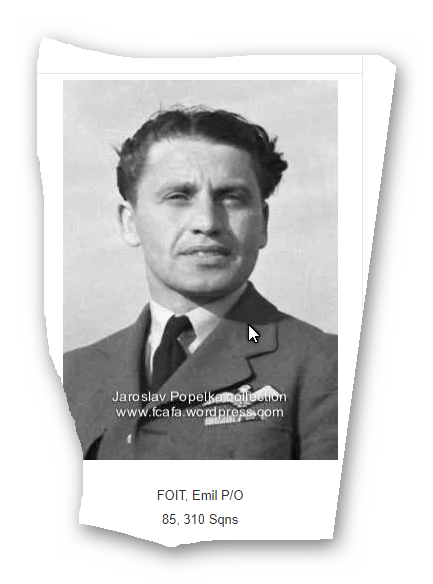 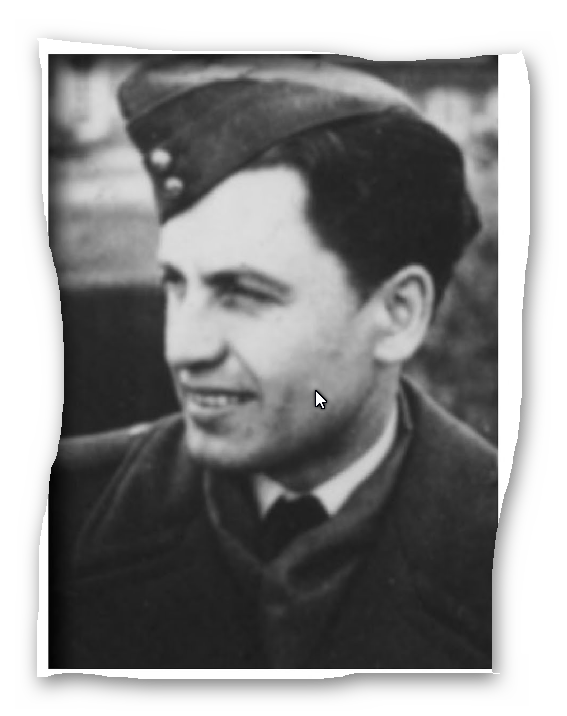 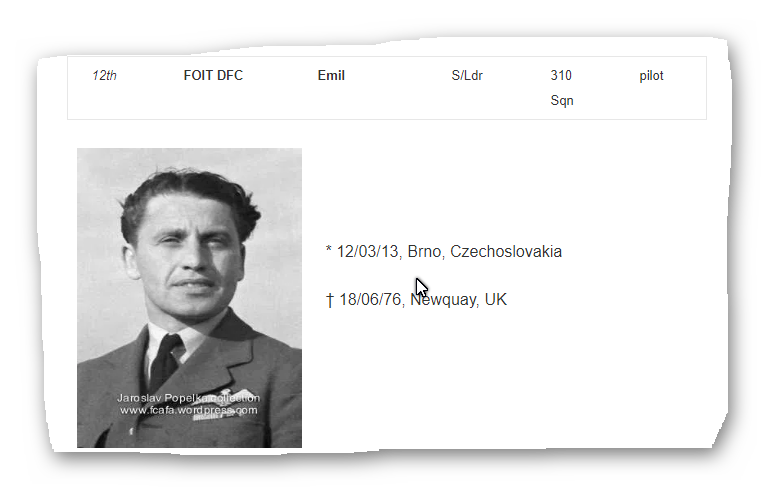 < = expand >
Emil Antonin Foit was born in Brno, Czechoslovakia on 12th March 1913. He undertook his military service in the infantry with the 40th Army Regiment at Valasske Mezirici. He completed this service in 1936 and decided to remain in the military.

He was sent to the Military Aviation Academy at Hranice and then later at Prostejov for training as an aerial observer. After graduation he was selected for pilot training which he completed on 1st April 1938. He was then assigned to 48 Fighter Squadron of 4 Air Regiment at Pardubice, operating the Avia B-534 biplane fighter.

He was required to join the French Foreign Legion and was posted to the training base at Sidi-bel-Abbes, Algeria. Two days after war was declared he transferred to l'Armee de l'Air and was posted to Tunis for retraining on French equipment.

On 3rd April it transferred to Dijon. The inactivity of the 'phoney war' resulted in GC I/9 moving back to Marignane on 1st May and then to El Aouina in Tunisia on 6th May.

Following the German attack on 10th May GC I/9 was transferred to Marignane on 19th May and then to Tunis four days later in anticipation of Italian air raids. Following the French capitulation Foit was released from service and on 2nd July 1940 travelled by train to Casablanca. He then boarded the Glasgow, which took him to Gibraltar and then the David Livingstone which took him to Cardiff where he arrived on 6th August.

Foit was commissioned into the RAFVR on 17th August at the Czech Depot at Cosford. He went 6 OTU Sutton Bridge on 28th September and after converting to Hurricanes joined 85 Squadron at Church Fenton on 16th October 1940.

Foit was posted to 310 Squadron at Duxford on 22nd October. Still with 310 in 1941, he baled out of Hurricane Z3505 on 31st August when his aircraft's cooling system failed and the aircraft caught fire. Foit fractured a rib when he landed and rejoined the squadron after recovery.

He was made 'B' Flight commander and held the post until 15th November when he was posted away for a rest.

Foit rejoined 310 Squadron, then at Exeter, on 15th January 1943 as CO. On 29th January he destroyed a Fw190. He led the squadron until 14th March 1944 and was awarded the DFC and the Czech Military Cross. He was then posted to the Czechoslovak Inspectorate General in London, where he remained until the end of the war.

Foit was released from the RAF as a Squadron Leader. He returned to Czechoslovakia on 16th August 1945 and rejoined the Czech Air Force, commanding the 10th Air Regiment at Prague-Kbely, equipped with Spitfires. On 30th April 1947 Foit was appointed Commander of the Operations Department at 1 Air Command HQ.

Following the Communist takeover in 1948 Foit, expecting arrest, escaped with his British wife into the American zone of occupied Germany on 28th March 1948. He travelled on to England and rejoined the RAF, serving as an Air Traffic Controller at bases in England, Northern Ireland and Ceylon.

Foit retired from the RAF on 12th March 1963 as a Flight Lieutenant, retaining the rank of Squadron Leader.