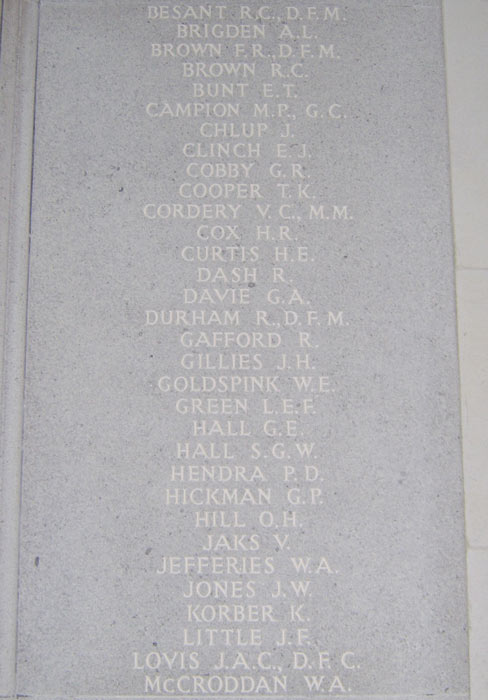 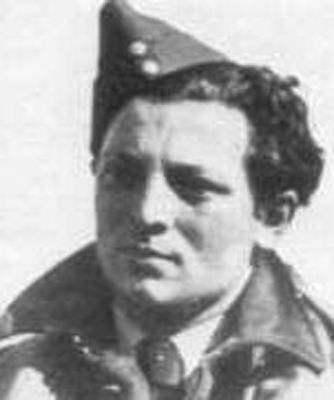 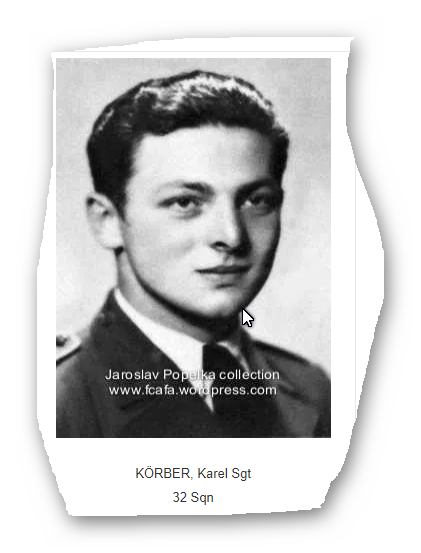 < = expand >
Karel Korber was born in Pecs, Czechoslovakia on 26th October 1917. He was in the Czech Air Force when the Germans took over Czechoslovakia on 15th March 1939. He later escaped to France and joined L'Armee de l'Air, being allocated to Groupe de Chasse II/3.

Still with GC II/3, he was flying a Dewotine 520 on 8th June when it was shot down by flak near Montlhery. He was again unhurt and made his way to England, being sent 6 OTU, Sutton Bridge from RAF Cosford on 21st September. After converting to Hurricanes he was posted to 32 Squadron at Acklington on 9th October.

Korber was killed on 3rd May 1943 as a Warrant Officer with 310 Squadron. His aircraft Spitfire EN960/NN-X was observed in the Guernsey/Sept Isles area, with the engine stopped. He was seen to bale out into the sea. The commander of the Czech Wing, Wg Cdr Dolezal , DSO, DFC, descended to sea level but he sees the pilot face down in the water giving no sign of life.

Korber is remembered on the Runnymede Memorial, Panel 134.

He was the first Czech to be awarded the Croix de Guerre (France).