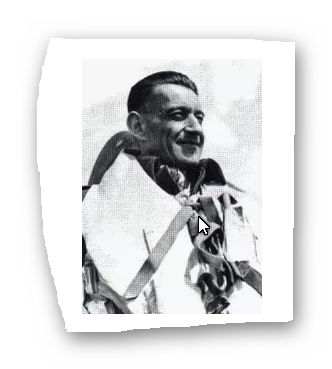 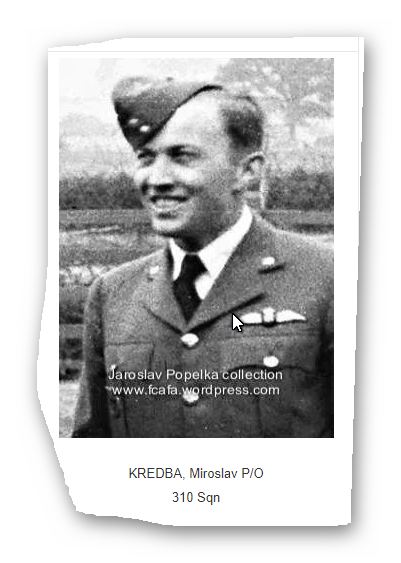 < = expand >
Jiri Kucera was born on 27th June 1914 at Roudnice nad Labem, on the Elbe river north of Prague in Czechoslovakia. He served in the Czech Air Force in the 43rd and 50th Squadrons of the 4th Air Regiment.

After the German occupation of his country in March 1939 he escaped through Poland to France where he joined the French Foreign Legion, the only French military unit that was open to foreigners.

When the French capitulated, Kucera went to North Africa, boarded a British ship at Casablanca, reached Gibraltar and then sailed in a convoy from there to Britain, arriving at Liverpool on 14th July in the SS Neuralia.

Kucera was sent to the Czechoslovak Army Depot at Leamington, then to 2 School of Technical Training on 1st August for assessment before being enlisted in the RAFVR at Czech Depot at Cosford on the 3rd.

Kucera joined 310 Squadron at Duxford on the 6th. He was detached to 6 OTU on 17th August, converted to Hurricanes and on 12th September he joined 238 Squadron at Middle Wallop. He claimed a Me110 destroyed and two others damaged on the 26th and a He111 destroyed on the 30th.

As a result of enemy action Kucera crashed on 30th November 1940 at Buckland Ripers near Weymouth and was out of action until early May 1941 when he was posted to Catterick to join 313 Squadron, then forming there.

The Squadron was engaged in east coast convoy patrols until moving to Portreath in August when Kucera was commissioned on the 13th.

The Squadron moved to Hornchurch in December 1941 for Ramrod sorties over France. Kucera was rested with a posting to the Air Ministry, returning to 313 in April 1942.

On 5th May 1942 Kucera was escorting Bostons over Lille and on his return was pursued back across the Channel by six Fw190's. He was forced to crash land in a field full of anti-invasion obstacles.

Kucera returned to flying at the end of the month and moved with the Squadron to Church Stanton in June 1942. He shared a damaged Ju88 over the Channel on 6th July.

Kucera completed his second tour at the end of May 1943 and after serving at 9 OTU and 32 MU he went to 8 OTU at Dyce to convert to Mosquitos.

He joined 544 Squadron at Benson in 1944, a Mosquito PR unit. In August 1945 Kucera returned to Czechoslovakia.