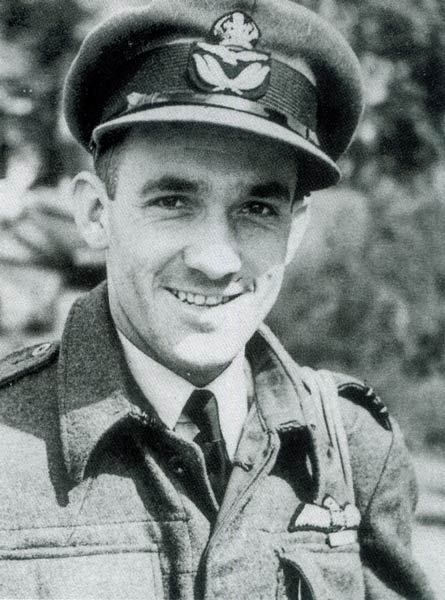 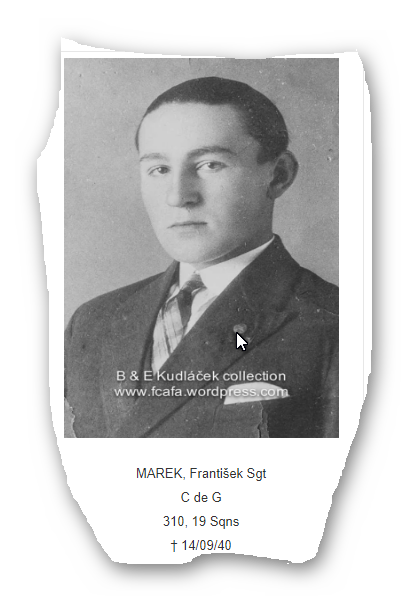 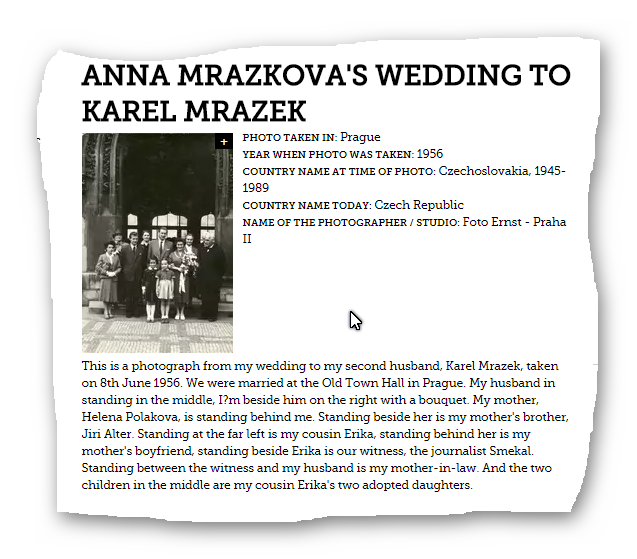 < = expand >
Karel Mrazek was born on 29th November 1910 at Nachod, Czechoslovakia, one of seven children. His father was a stationmaster.

At some time the family moved to Krenovice near Brno. In 1930 Mrazek graduated from the School of Electrical Engineering in Brno and in October 1932 he enlisted in the Czech Air Force.

He graduated from Air Force officers school at Prostejov as an observer and was posted to the 10th observation squadron at Nitra. Going on to train as a pilot at the Military Academy at Hranice, Mrazek graduated in 1935. His first posting was to the 14th Observation Squadron at Olomouc and later the 35th Fighter Squadron where he trained in night flying.

After the German occupation in March 1939 he made his way to Krakow in Poland. He was one of a group of Czech airmen invited to join the French forces and on 16th June he embarked on the Sobieski at Gydnia, arriving at Boulogne on the 26th.

The only permitted posting at that time was the Foreign Legion and Mrazek and several other Czechs were transported to the Legion HQ at Sidi-Bel-Abbes in Algeria. Once war was declared in September 1939 he was inducted into the French Air Force. After the German assault in May 1940 Mrazek was confined to instructing duty at CIC 1 Oran as he was suffering from hepatitis.

On the 23rd he was back in Oran, having flown there in a LeO45. He made his way to Casablanca and from there to Gibraltar. There he embarked on the ms Neuralia and arrived in Liverpool on 2nd July. He was processed through the depot at Cholmondeley Park near Chester and from there went to the Czech depot at Cosford.

Mrazek was commissioned into the RAF on 2nd August and posted to 6 OTU Sutton Bridge on 17th August. After converting to Hurricanes, he was posted to 43 Squadron at Usworth on 11th September. He moved to 46 Squadron at Stapleford Tawney on the 22nd.

Five days later he made a forced-landing at Rochester after his Hurricane's engine was damaged in combat with enemy aircraft over North Kent. Mrazek shot a CR42 down into the sea on 11th November.

On 24th May 1943 he went to RAF Staff College, after which he served as a staff officer at HQ Fighter Command. Mrazek left the RAF in May 1945 as a Group Captain. He returned to Czechoslovakia on 6th June.

Readmitted to the Czech Air Force as a lieutenant colonel, he attended the Military Academy in Prague and was promoted to colonel and appointed commander of the 3rd Air Division in Brno.

Like many ex-RAF Czech airmen he was purged by the communist authorities in 1948 and dismissed from the air force.

In 1949 he moved to Jablonec nad Nisou where he was restricted to working as a warehouse manager. From 1952 until his retirement in 1974 he worked at the Autobrzdy motor engineering company. He was rehabilitated in November 1989 and in 1990 promoted to Major General.