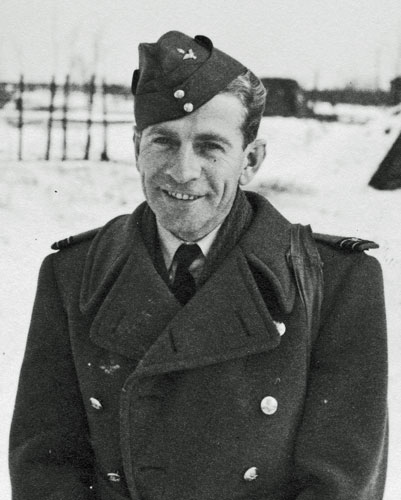 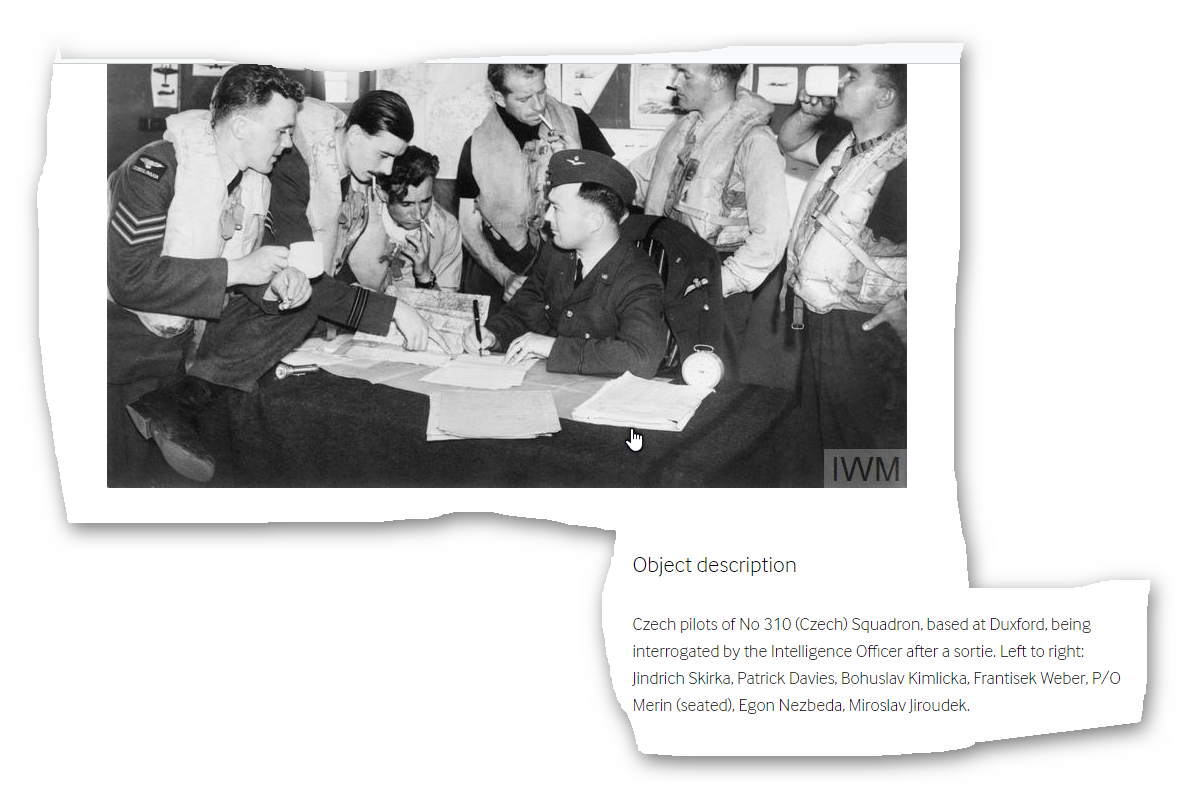 < = expand >
Frantisek Weber was born on 28th February 1908 at Podivin near Breclav in Czechoslovakia. Podivin was about 50 km south of Brno in the Moravia region of the country. From an early age he was fascinated with aviation. He completed his education at the grammar school at Hodonin.

On 1st October 1928 he volunteered to join the Military Aviation Academy at Prostejov where he trained to be an aerial observer. On completion of his training he was assigned on 30th September 1929 to the 3rd Air Regiment based at Piestny, Slovakia.

On 15th October 1933 he was transferred back to the Czechoslovak Air Force and assigned to 17 Observation Squadron of the 4th Air Regiment at Hradec-Kralove. On 4th August 1934 he was assigned to the 82nd Bomber Squadron based at Prague-Kbely, still as an observer.

He was sent for pilot training to the Military Aviation Academy at Prostejov. He graduated on 15th September 1935 and was assigned to the 40th Fighter Squadron of the 4th Air Regiment at Hradec-Kralove, operating the Avia Ba-33 biplane. He took up a posting as an instructor at the Military Aviation Academy at Hranice on 1st September 1936, serving for two years before going on to the 1st Air Regiment at Parabudice.

After the German occupation of Czechoslovakia in March 1939 Weber, with many other Czech airmen, escaped to Poland hoping to regroup there. The German attack on Poland prohibited this and on 14th January 1940 he escaped back into Slovakia and travelled through Hungary, Yugoslavia, Greece, Turkey and Beirut, sailing from there to Marseilles in France, arriving on 6th March 1940.

On arrival in France they were taken to the Czechoslovak training camp at Agde. On 22nd May he was appointed CO of the Czech airmen there. They had hardly begun their training when the German advance forced them Port Vendres where they boarded the SS Apapa, sailing on 24th June for Gibraltar and then on to Liverpool, where they arrived on 7th July 1940.

Weber was sent to the Czech transit camp at Cholmondeley and then transferred to the Depot at Cosford. On 2nd August 1940 he was commissioned into the RAFVR. On 6th August he was posted to 310 (Czech) Squadron at Duxford. He was supposed to be trained within the squadron but after 310 became operational on 17th August 1940 this was no longer possible. He was posted on 17th August to 6 OTU Sutton Bridge to convert to the Hurricane.

On completion of his re-training he was posted to 145 Squadron at Dyce, on 9th October they moved south to Tangmere.

Weber was shot down by Me109's on 27th October, baled out and was rescued from the sea by an MTB. His Hurricane, V7592, crashed into the Solent.

He returned to 310 on 27th January 1941 and was appointed Flight Commander ‘B’ Flight. On 11th January 1942 he returned to Perranporth after a convoy patrol and was in collision with another Spitfire after landing. F/O B Klimicka in Spitfire Vb AD574/NN-E had landed on the wrong runway. Weber, in AD378/NN-L, did not see him and both Spitfires were destroyed. Klimicka received a cut over his right eye, Weber a cut over his left eye but he also suffered considerable concussion. He was taken to hospital and released on 10th February 1942 for recuperation at the RAF Officers Hospital Torquay. He returned to the squadron on 4th March 1942.

He remained with 310 until 8th April 1942 when he had completed his operational tour. He was assigned to the Czechoslovak Inspectorate General in London as Liaison Officer with Fighter Command 11 Group HQ at Uxbridge. On 1st February 1943 he was sent on detachment to RAF units in North Africa, returning to England on 7th November 1943.

He was promoted to the rank of Sqn Ldr. and appointed Station Commander of 134 Czechoslovak Wing of the 2nd TAF, based at Exeter. He returned to the Inspectorate on 1st April 1944 where he remained until the end of the war. He contracted pleurisy later in the year and was hospitalised for many months which delayed his return to Czechoslovakia, he finally arrived on 11th March 1946.

Weber rejoined the Czechoslovak Air Force and on 31st May 1946 he was sent on attachment to the Ministry of the Interior. Following the Communist take-over in February 1948 a purge of all ex-RAF airmen began.

On 31st March 1948 his attachment finished and he returned back to the Ministry of Defence. On 2nd February 1949 he was suspended from the Air Force and later that year was dismissed.

He was arrested on 10th January 1950 and sentenced on 19th July 1950 to imprisonment in the Mirov high-security prison. Due to his poor health he was released on 19th July 1951 but only permitted to do menial work.

In 1965 he was partially rehabilitated with his rank being restored to him, but he was not permitted to rejoin the Air Force. After the revolution of 1989 his Czechoslovak medals were reinstated and he was promoted to Major General in retirement.