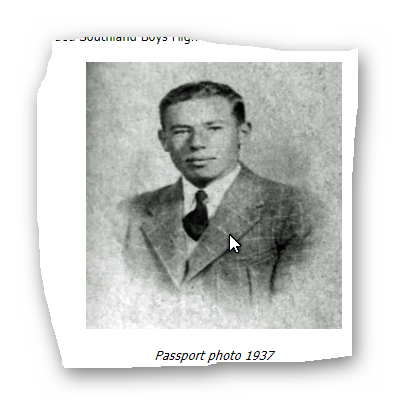 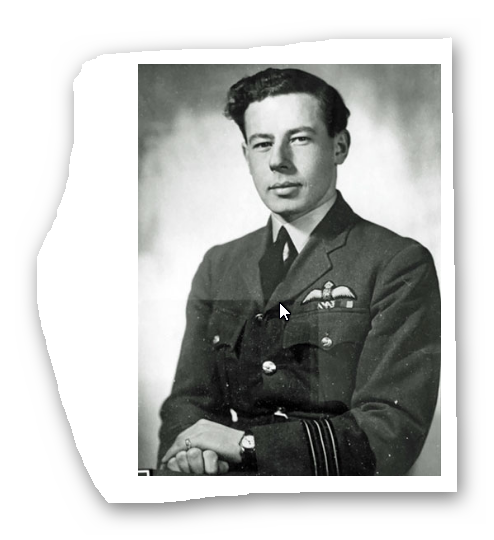 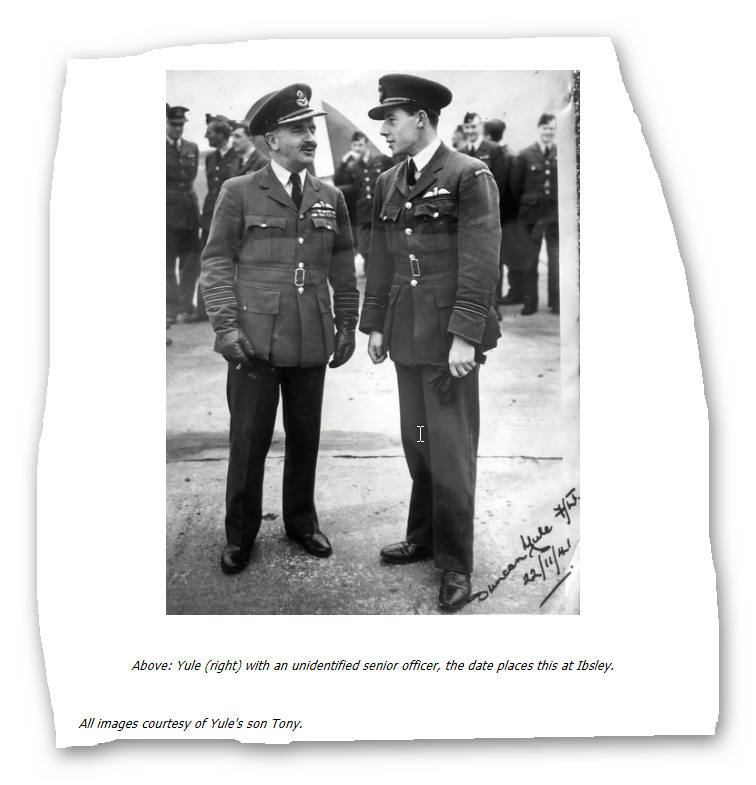 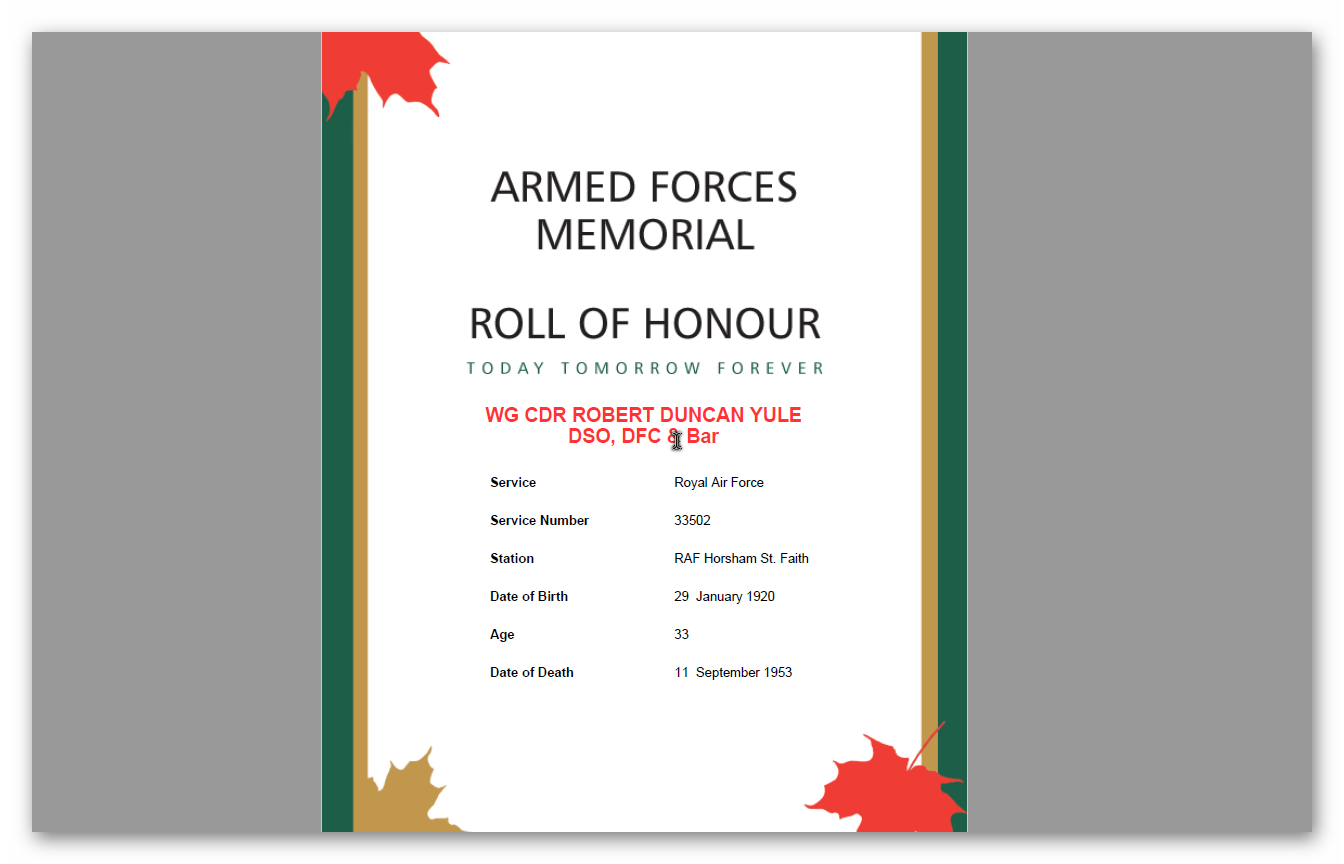 < = expand >
Robert Duncan Yule, the son of a dental surgeon, was born in Invercargill, New Zealand on 2nd January 1920. He attended Southland Boys High School from 1932 to 1934.

In early 1938 he won a national scholarship to RAF College, Cranwell. He sailed in the RMS Rangitiki on 10th March and began training as a flight cadet on 28th April. The course was shortened because of the outbreak of war.

Yule went into the RAFVR on 7th September 1939 and was granted a Permanent Commission on 23rd October. He arrived at 11 Group Pool, St Athan on the 24th. After converting to Blenheims he was posted to 145 Squadron at Croydon on the 27th.

145 Squadron began to receive Hurricanes in March 1940 and became operational in May, ferrying Hurricanes to France and assisting squadrons there.

On 25th October Yule was shot down in combat with Me109's over Tenterden. He made a forced-landing at Barn Farm, Brightling, wounded in the leg, and was admitted to Pembury Hospital. His Hurricane, P3926, was a write-off.

Yule returned to operations in early November 1941, joining 501 Squadron at Ibsley, as a Flight Commander. He was awarded the DFC (gazetted 17th April 1942).

On 22nd June 1942 he took command of 66 Squadron, also at Ibsley. Leading the squadron on a sweep over Cherbourg on 15th July Yule destroyed a Fw190 and probably another.

He was posted to 83 Group Control Centre on 9th March, responsible for planning and controlling many of the operations of 2nd TAF fighter wings. Yule was awarded the DSO (gazetted 16th March 1944) and posted to RAF Staff College on 8th January 1945, after which he was posted to the Air Ministry on staff duties. He remained in the RAF postwar.

On 11th September 1953 Yule was rehearsing for the Battle of Britain flypast over London. His Meteor WF695 collided with Meteor WK938 while Yule was avoiding a Hurricane. Though the tail of his aircraft was sheared off it is believed that Yule attempted to steer the aircraft away from populated areas. It came down in the Woolwich Arsenal between rows of buildings. Yule was killed. Some workers were injured and buildings damaged but there were no other fatalities. Meteor WK938 landed safely.