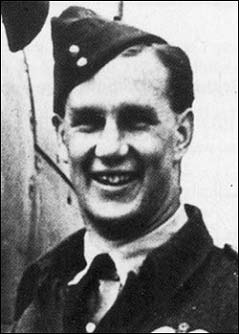 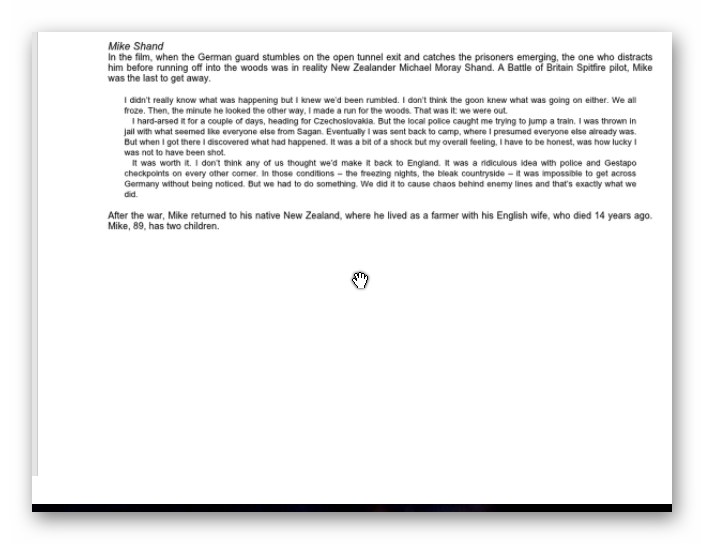 < = expand >
Michael Moray Shand was born in Wellington, New Zealand on 20th February 1915 and attended Nelson College from 1929 to 1932. In early 1939 he applied for a short service commission in the RNZAF and was provisionally accepted in July.

Shand reported to the Ground Training School at Weraroa on 19th November 1939, moving one month later to No. 1 EFTS Taieri.

In mid-February 1940 he was posted to No. 1 FTS Wigram and awarded his flying badge on 26th April. After completing the course in late May, Shand sailed for the UK in the RMS Rangitiki on 7th June, arriving on 20th July.

He went to No. 1 RAF Depot Uxbridge to await a posting. On 4th August he was posted to 7 OTU Hawarden. After converting to Spitfires he joined 54 Squadron on the 22nd.

Shand flew as Alan Deere's number 2 on his first operational sortie. He had flown 20 hours in Spitfires but had never fired its guns. On 25th August, his second sortie, he was shot down in Spitfire I R6969 over Dover by Me109's and made a forced-landing near Manston, badly wounded. After several months in hospital, Shand was posted to RAF Exeter for Operations Room duties.

He returned to operations on 21st October 1941, when he joined 485 Squadron at Kenley In May 1942 he was appointed a Flight Commander and later awarded the DFC (gazetted 16th September 1942), having then completed sixty sorties over Northern France.

On 28th November Shand was leading six Spitfires on a low-level sweep across the Dutch coast, seeking targets of opportunity. They successfully attacked a tanker-barge on a canal and as they returned, Shand and Sergeant Tucker went down to shoot up a train. They were attacked by two Fw190's and Shand was shot down in Spitfire Vb EP595 and taken prisoner.

He was held in Stalag Luft 3 at Sagan and Belaria PoW Number 833. He took part in the Great Escape, being the last prisoner to emerge from the tunnel and get away but he was recaptured.

He was released from the camp in early May 1945 and returned to New Zealand on 23rd September.

He went on to the Reserve on 10th April 1946 and then took up farming at Wairarapa, in the south-east of North Island. He retired in 1978.