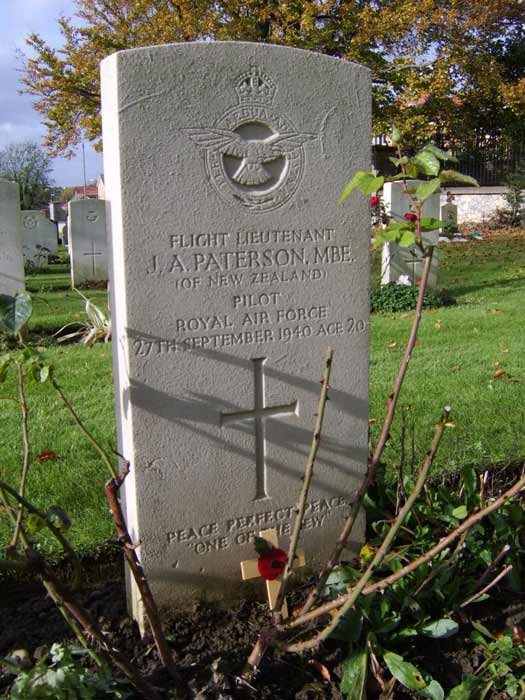 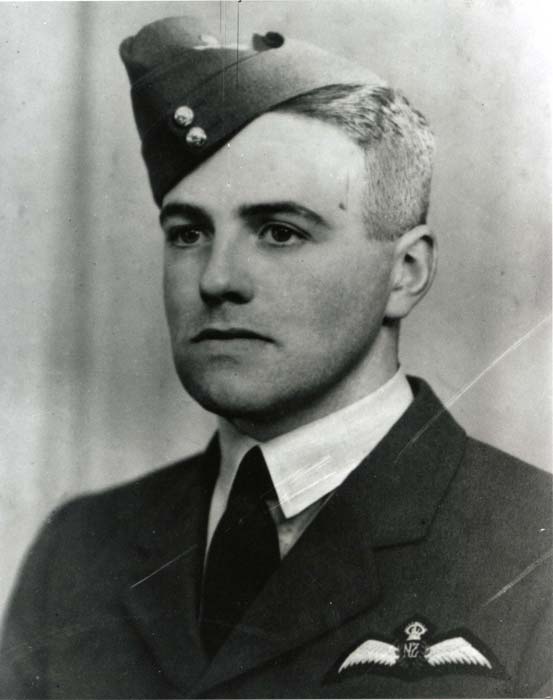 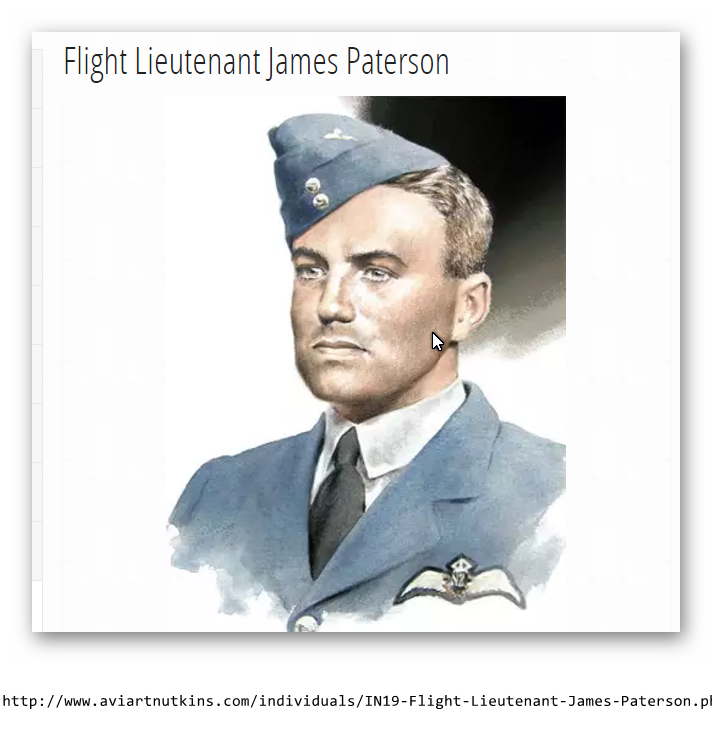 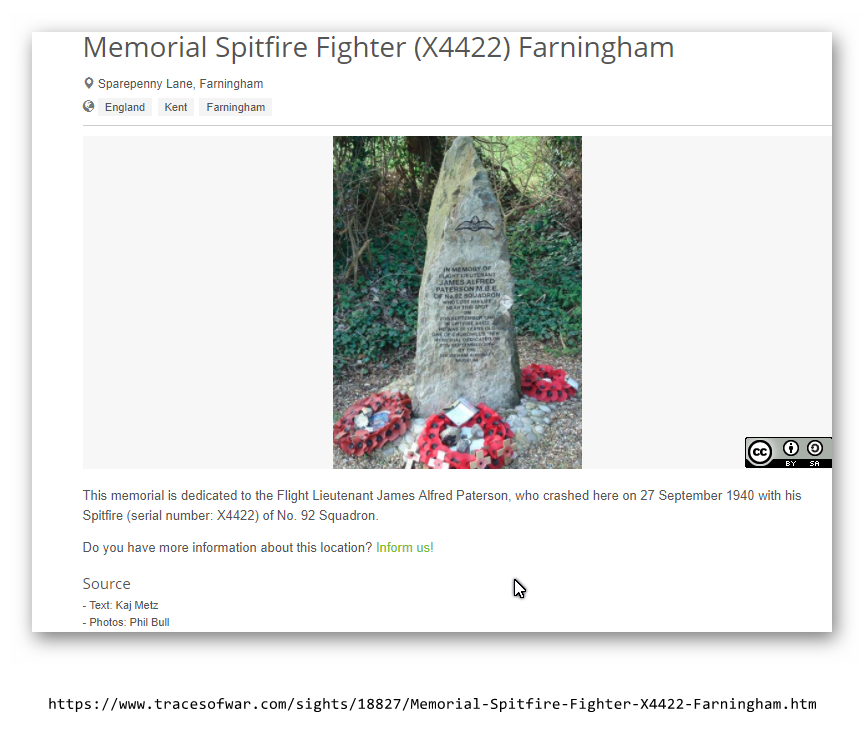 < = expand >
James Alfred Paterson was born at Chatton, Gore Southland, New Zealand on 16th October 1919 and worked on his father's farm. He was a trooper in the Otago Mounted Rifles, Territorial Army. In December 1937 he applied for an RNZAF short service commission and after acceptance he began flying training at the Otago Aero Club, gaining his 'A' License on 15th August 1938. Paterson was posted to No 1 FTS, Wigram on 6th September and was awarded his flying badge on 17th December . He completed his training and sailed for the UK on the 'Waimarama' from Auckland on 17th April 1939.

Paterson was posted to 82 Squadron at Cranfield on 3rd June. At the outbreak of war he went to 71 Wing in France, flying Magisters on reconnaissance patrols and observation flights for the BEF. In late 1939 Paterson joined 226 Squadron at Rheims. In May 1940 he was detached to special duties to supply hard-pressed squadrons with mail, medical supplies, petrol and despatches.

After the French collapse in June Paterson went with 226 Squadron to Northern Ireland. He volunteered for Fighter Command and after converting to Spitfires at 7 OTU, Hawarden he joined 92 Squadron at Pembrey.

On 24th July Paterson shared in the destruction of a Ju88. He shared another on 19th August and destroyed a Me110 on 11th September. Later the same day he was shot down by Me109’s and baled out, with his clothes on fire and badly burned about the face. His Spitfire, R6613, crashed north-east of Ashford.

Paterson insisted on flying again before he could see properly. On 27th September he took off with other Spitfires of 92 to intercept enemy aircraft. He was shot down in flames by Me109’s near Maidstone. Fellow pilots saw him struggling to escape from his cockpit but he failed to do so and was killed. His Spitfire, X4422, crashed and burned out at Sparepenny Lane, Farningham.

He was made an MBE (gazetted 1st January 1941) for his outstanding services in France in May 1940.