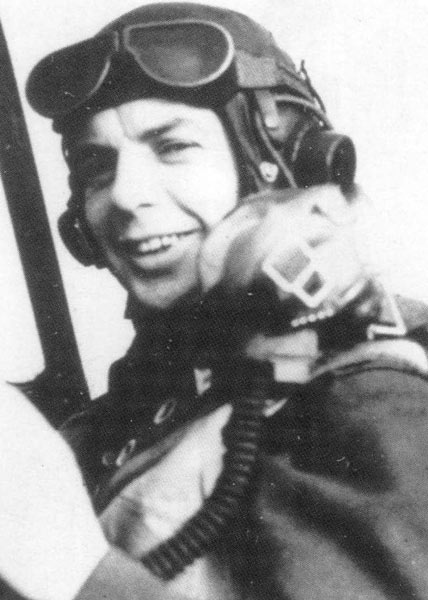 He was accepted for a short service commission in the RAF in late March 1939 but the scheme lapsed at the outbreak of war.

On 17th December Pannell went to the Ground Training School at Weraroa. He was posted to No. 1 EFTS Taieri on 15th January 1940 and moved on to No. 1 FTS Wigram on 11th March. After completing his training and being promoted to Sergeant on 28th June, Pannell sailed for the UK on 12th July in the RMS Rangitane.

Pannell went to 91 Squadron at Hawkinge on 16th July 1941 and was to serve with it, on and off, over the next two years.

Commissioned in August, he went on a six week attachment to 111 Squadron at North Weald on the 31st. He was rested on 20th April 1942 and posted as a test pilot to Morris Motors at Cowley, flying rebuilt Spitfires, new Tiger Moths and Masters.

Pannell was awarded the DFC (gazetted 29th June 1942), being then credited with two enemy aircraft destroyed and several more damaged.

DFC Citation
Flight Lieutenant Pannell has completed a large number of operational sorties, including patrols, sweeps, shipping reconnaissances and flights as escorts to bombers. He has displayed an exceptional enthusiasm for operational flying and a keen desire to engage the enemy. In October, 1941, this officer was leading an air escort provided for an Air Sea Rescue operation. The formation was attacked, but, showing fine leadership and tenacity, Flight Lieutenant Pannell succeeded in protecting the rescue craft and in personally destroying one of the attacking aircraft. In all, he has destroyed 2 enemy aircraft and damaged several more.

He was posted to Cowley on 12th July 1943 to organise the 84 Group Communications Squadron there. The expansion of the unit to twelve aircraft led to Pannell being promoted to Acting Squadron Leader and taking formal command on 1st March 1944.

He went to 33 Squadron at Carpiquet, France on 20th August as supernumerary Flight Lieutenant, moved to 222 Squadron in the same capacity on 12th September and was then posted to the Communications Squadron at Northolt on 25th November as a Flight Commander.

Pannell was posted away on 5th July 1945 for repatriation to New Zealand.

He disembarked at Lyttelton on 22nd October and went on to the Reserve on 25th January 1946 as a Flight Lieutenant.

He married Irene A Tickner December 1943 in Oxford Oxfordshire.

Pannell's service career was unusual, in as much as he never had a posting or went on a course of a non-flying nature. By the end of the war he had five confirmed victories, four more enemy aircraft probably destroyed and five damaged.