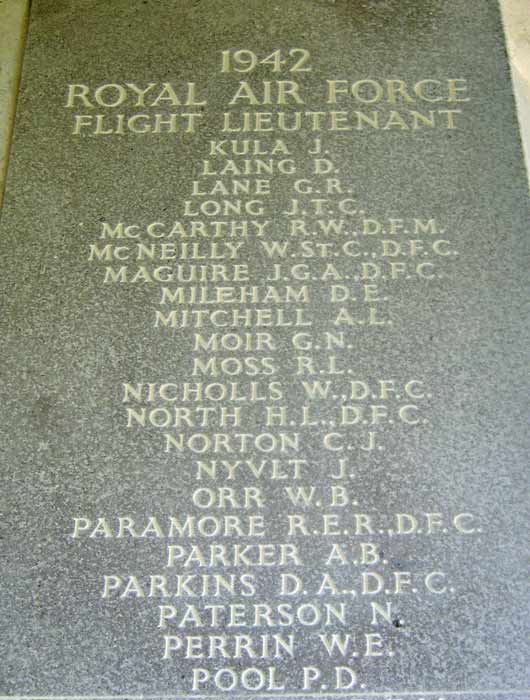 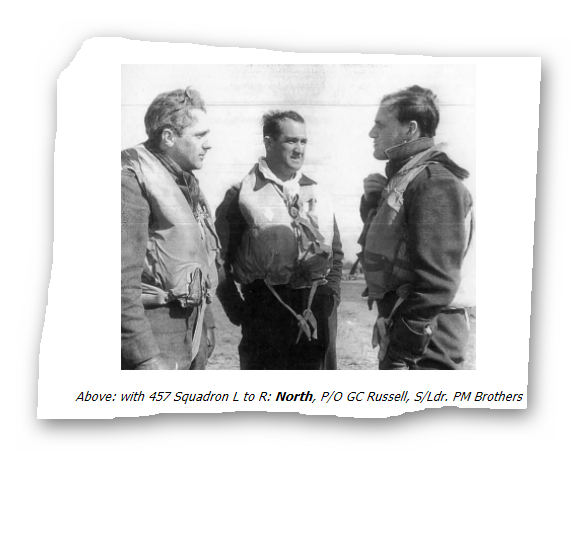 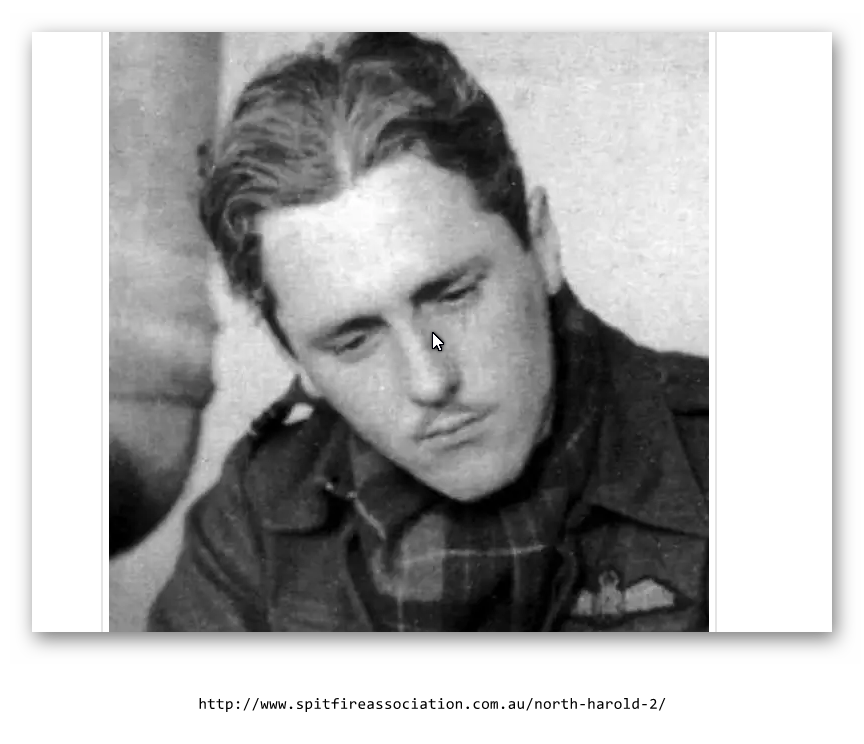 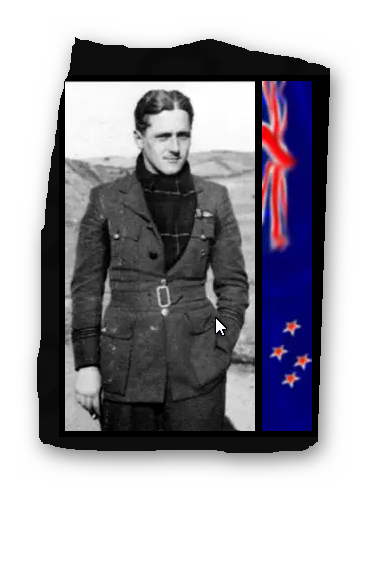 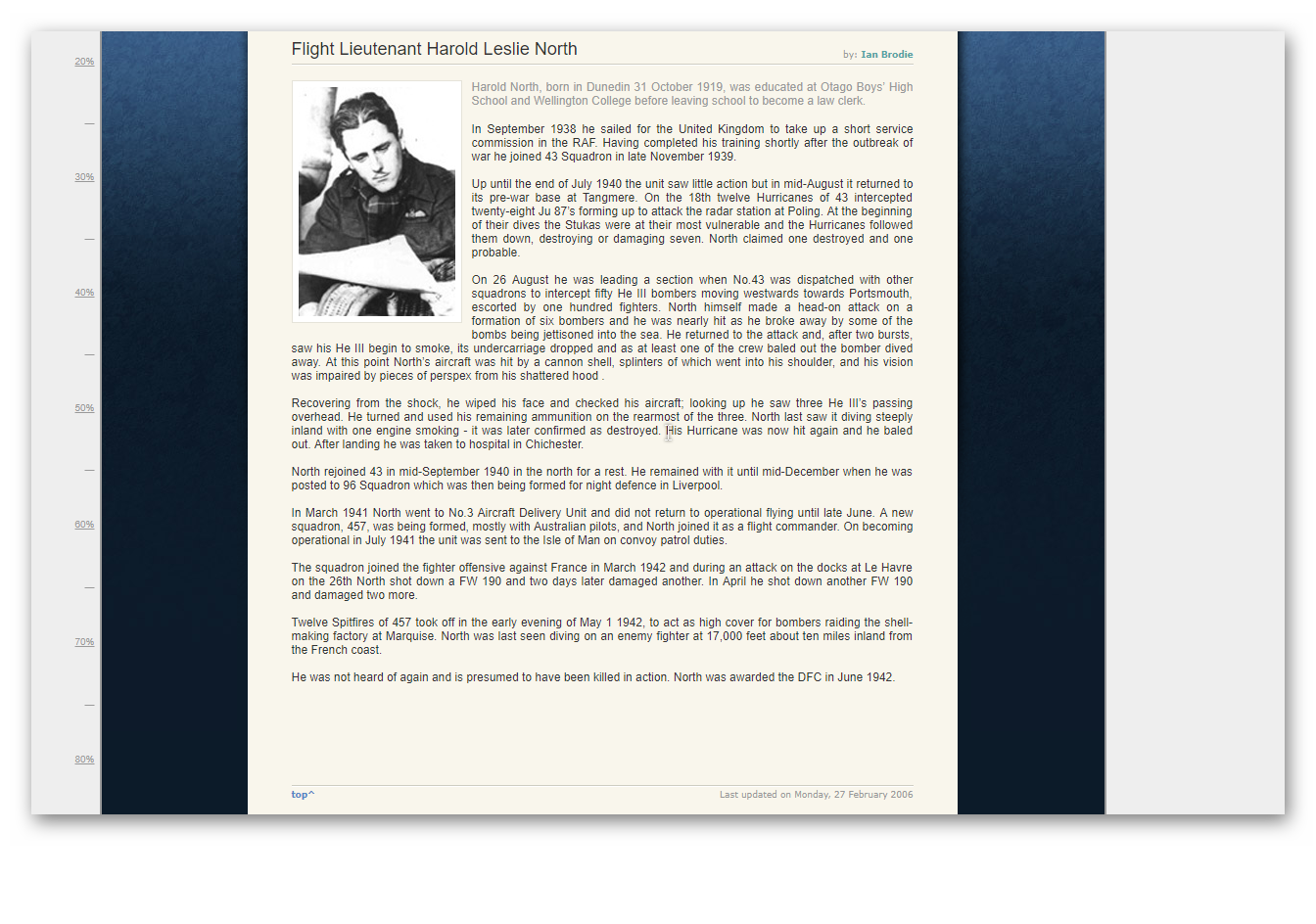 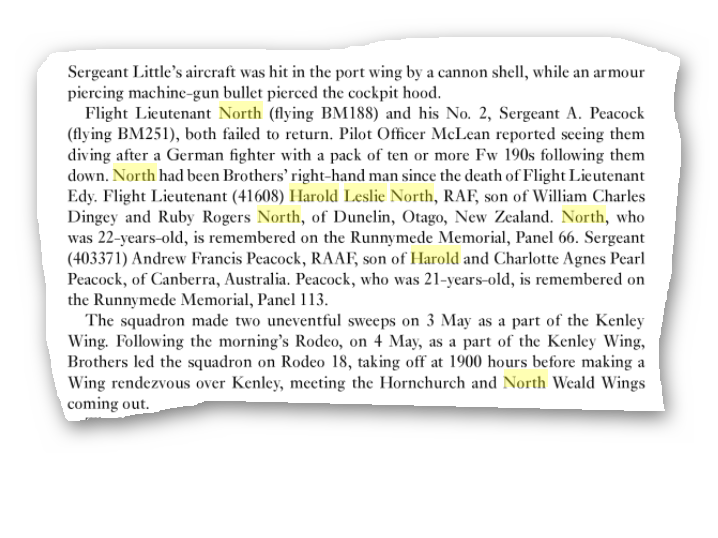 < = expand >
Harold Leslie North was born in Dunedin, New Zealand on 31st October 1919. After leaving Otago Boys' High School he went to Wellington College and was then employed as a law clerk. He applied for an RAF short service commission in early 1938 and after provisional acceptance, he sailed for the UK on 22nd September in the RMS Rangitane.

On 31st October North began his elementary flying training at 12 E&RFTS Prestwick. He was posted to 9 FTS Hullavington on 28th January 1939 and, with his training completed, he went to the 11 Group Pool St. Athan on 9th September. North converted to Blenheims and joined 219 Squadron at Catterick on 6th October 1939.

He returned to 11 Group Pool on 27th October, converted to Hurricanes and then joined 43 Squadron at Acklington on 20th November and was still with the squadron in early July 1940.

On 18th August he claimed a Ju87 destroyed and probably another and on the 26th he claimed a He111 and probably a second. In this action North's Hurricane, V7259, was badly damaged and he baled out, landed at Birdham and was admitted to the Royal Sussex Hospital, Chichester with shell splinter wounds. He returned to the squadron on 10th September.

North was posted to 96 Squadron on 17th December 1940, then forming as a night-fighter unit at Cranage. He was rested on 7th April 1941 and joined 3 ADU. A return to operational flying came on 23rd June 1941, when North joined the newly-formed 457 (RAAF) Squadron at Baginton as a Flight Commander. He claimed Fw190's destroyed on 26th March and 28th March 1942 and damaged another on 4th April, destroyed a Fw190 on the 16th and damaged another on the 27th.

On 1st May 1942 the squadron was detailed to act as high cover for Circus 150, bombers attacking a shell factory at Marquise. North was last seen diving on an enemy aircraft from 17,000 feet in Spitfire Vb BM188, ten miles inland from the French coast. He was not seen again and is believed to have been shot down. He is remembered on the Runnymede Memorial, Panel 66.

North's health was never good and he suffered from kidney trouble but continued to fly operationally in spite of it. He was awarded the DFC (gazetted 15th June 1942), the citation crediting him with at least five enemy aircraft destroyed.

DFC Citation
"This officer has commanded a flight since the squadron was formed. He has performed much valuable work both during the training of the squadron and in its operational activities. Displaying great courage and initiative, Flight Lieutenant North, who previously served with another unit and fought in the Battle of Britain, has destroyed at least 5 enemy aircraft."