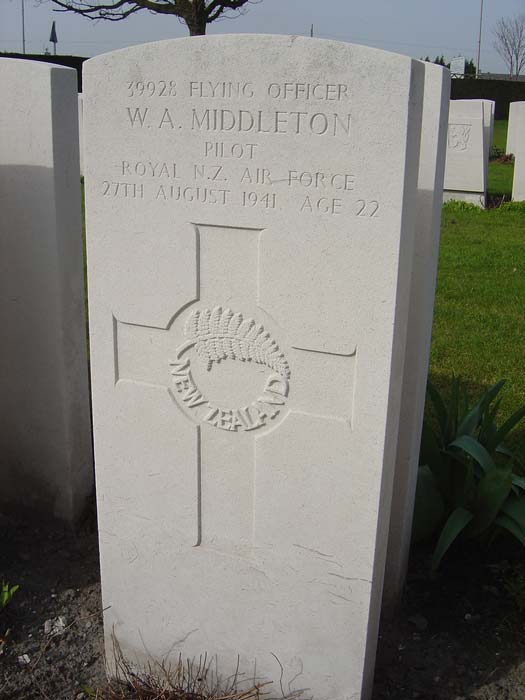 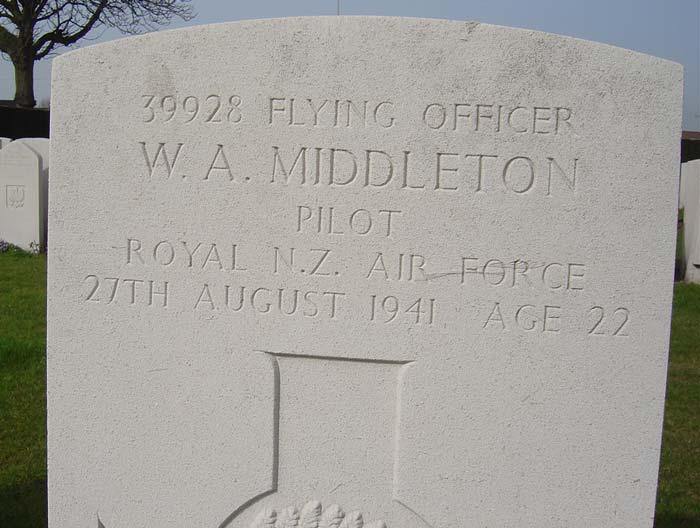 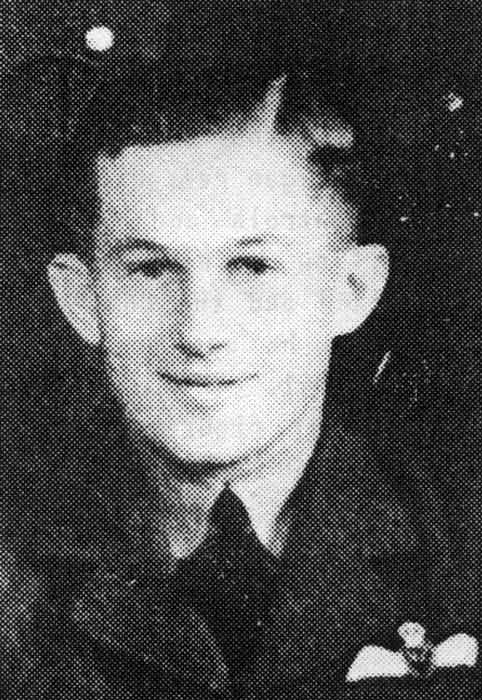 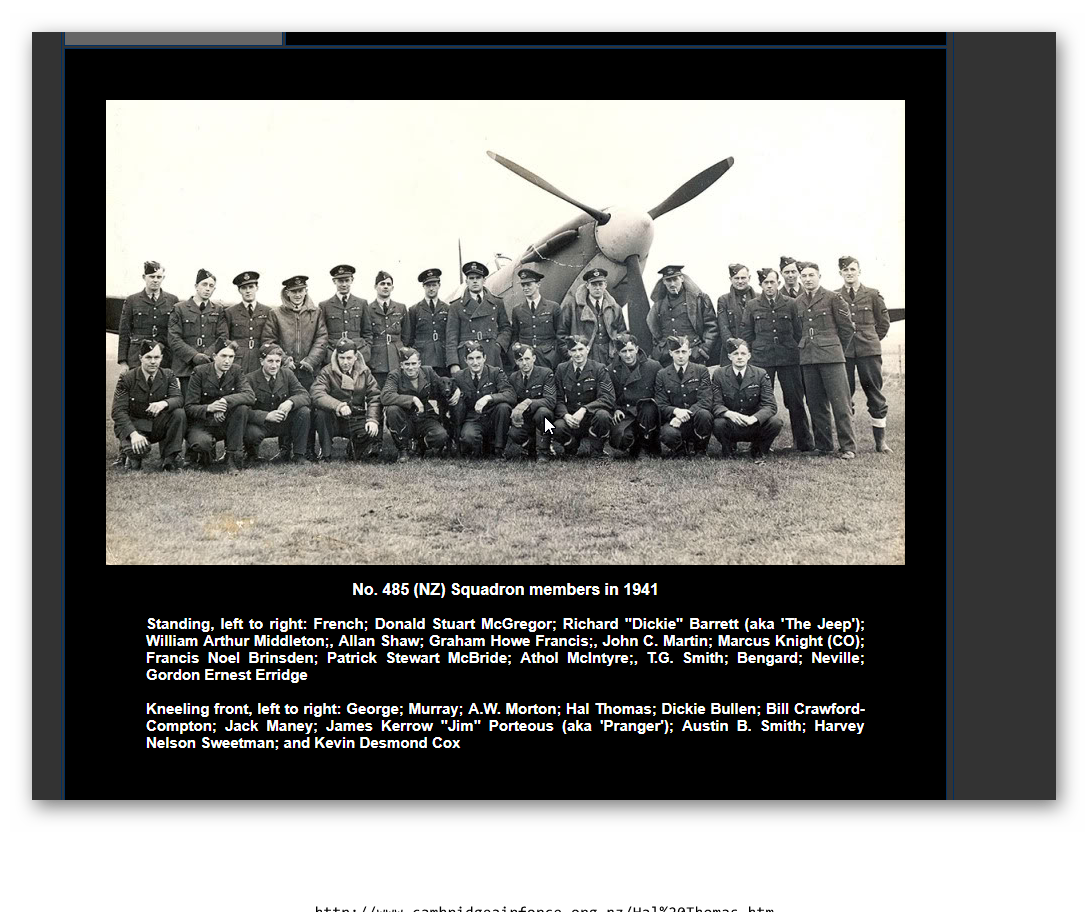 < = expand >
William Arthur Middleton was born in Auckland, New Zealand on 31st December 1918 and educated at Auckland Grammar School. He was accepted for a short service commission in the RNZAF in June 1939 but the scheme lapsed on the outbreak of war. Middleton then volunteered for flying duties and was on the first course at the Ground Training School at Weraroa on 26th October 1939.

In late November Middleton was posted to 2 EFTS, New Plymouth and on 15th January 1940 moved to 2 FTS, Woodbourne. He was awarded his flying badge on 23rd April, completed the course and sailed for the UK in the RMS 'Rangitata' on 7th June. Middleton went to 7 OTU Hawarden on 4th August, converted to Spitfires and joined 266 Squadron at Wittering on the 26th.

The squadron had operated from Hornchurch earlier in August but had moved north to re-equip with Spitfire IIa’s while still being operational and assigned to cover Duxford.

When he was posted to 485 Squadron, then forming at Driffield, on 8th March 1941 Middleton had flown 57 operational sorties with 266. On 4th May he collided with a crashed Whitley whilst taking off on a night exercise. He was injured and admitted to York Military Hospital and did not rejoin the squadron, then stationed at Redhill, until 23rd August.

Four days later Middleton took off for a sweep over France. His Spitfire W3527/OU-M was shot down and he bailed out SW of Calais but was too low for his parachute to operate.

He is buried in Dunkirk Communal Cemetery - Plot 2 Row 2 Grave 17.