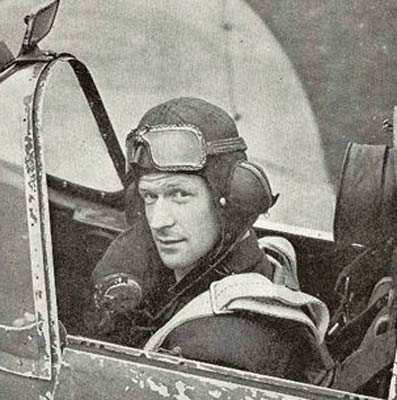 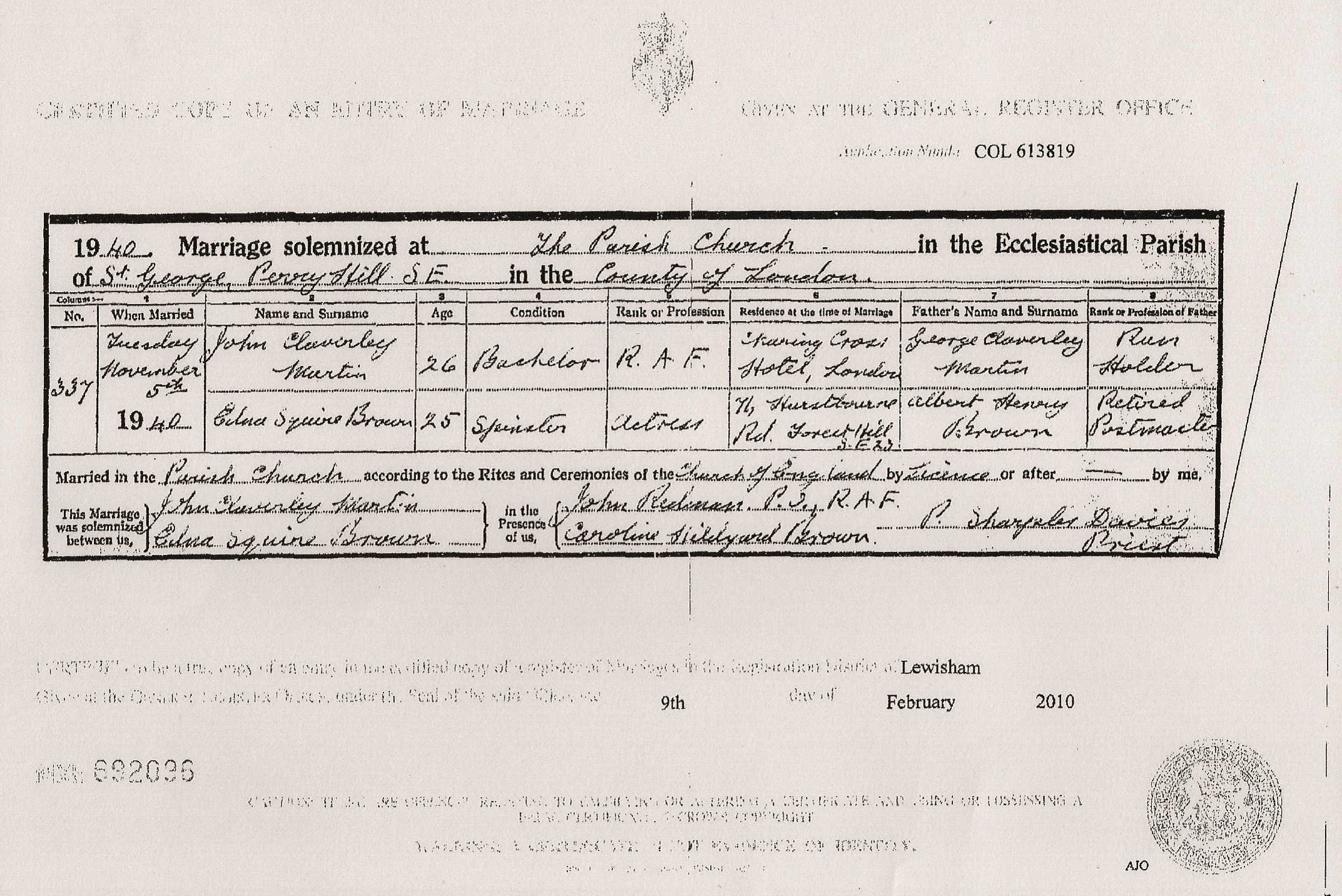 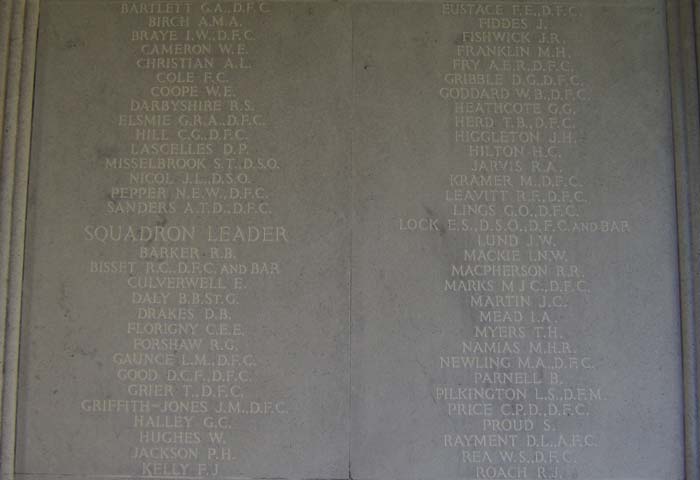 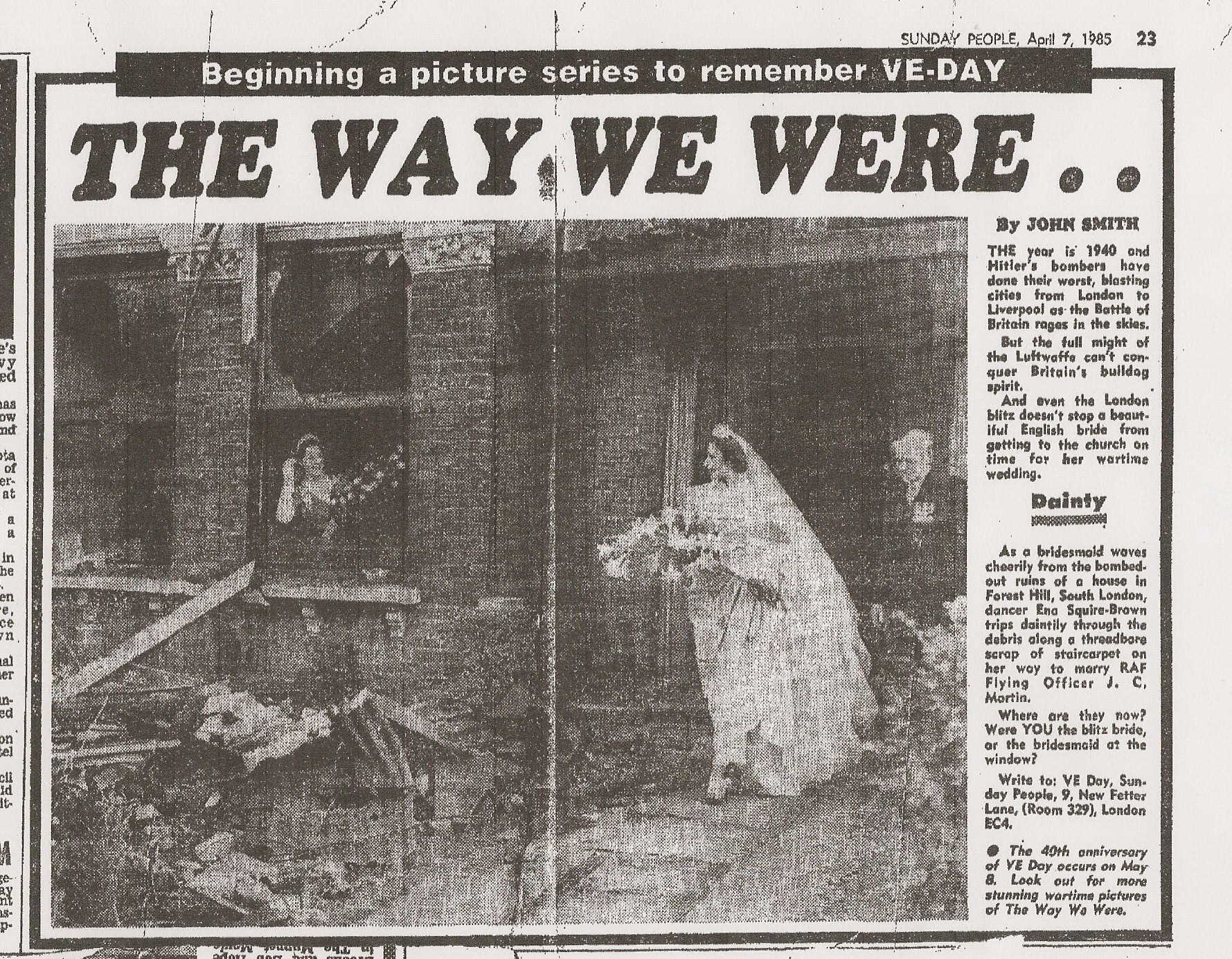 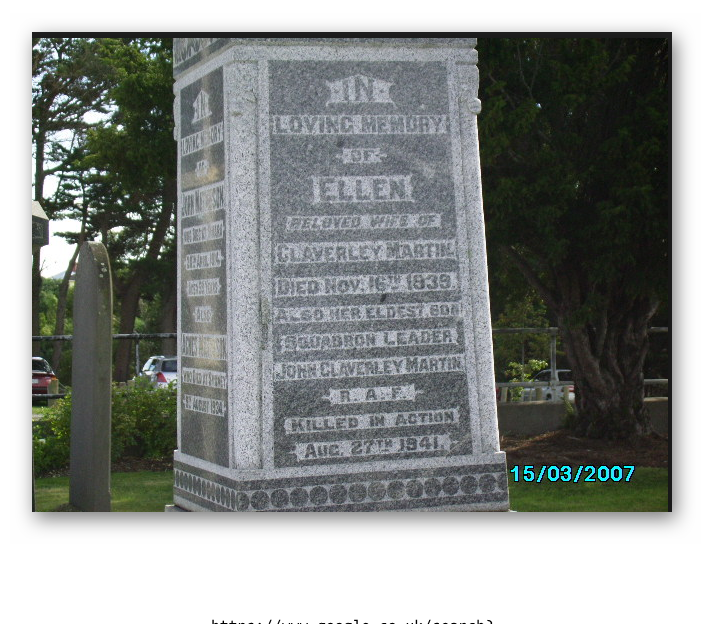 < = expand >
John Claverley Martin was born in Timaru, New Zealand on 6th May 1914 and attended the High School there from January 1929 to December 1932. He applied for a short service commission in April 1937 and after provisional acceptance sailed for the UK on 14th August 1937 in the RMS Arawa.

Martin began his flying training at 9 E&RFTS Ansty on 27th September. He was posted to 10 FTS Tern Hill on 11th December and joined 63 Squadron at Upwood on 9th July 1938. The squadron was disbanded into 12 OTU in early April 1940 and Martin was posted to 98 Squadron AASF in France, flying Fairey Battles.

After the fall of France the squadron was withdrawn to England in June and Martin was posted to 226 Squadron at Thirsk, Yorkshire.

In August 1940 Martin volunteered for Fighter Command and joined 32 Squadron at Acklington on 3rd September. He moved to 257 Squadron at Martlesham Heath on the 17th.

Martin was serving with the squadron until 7th March 1941 when he joined 485 Squadron. This was the first all-New Zealand fighter squadron, then forming at Driffield. He was made a Flight Commander.

On 20th June 1941 he was attached to 222 Squadron at North Weald as a Flight Commander. He claimed two enemy aircraft destroyed on 19th August.

The squadron was ordered to escort nine Blenheims to bomb targets in the Lille area on 27th August 1941. On the return journey German fighters made numerous rear and side attacks. Martin is known to have reached the Channel in Spitfire IIb W3723 but there was then a collision between two British fighters.

No-one in the air was able to identify the aircraft involved but Martin failed to return as did F/Lt. TB Little of 402 Squadron RCAF in Hurricane IIb Z5001 so it must be assumed that they were involved.

Martin is commemorated on the Runnymede Memorial, panel 29.

He married Edna Squire Brown (Actress) 5 November 1940 at The Parish Church St George Perry Hill in the County of London.

She died December 1965 at Southwark London.