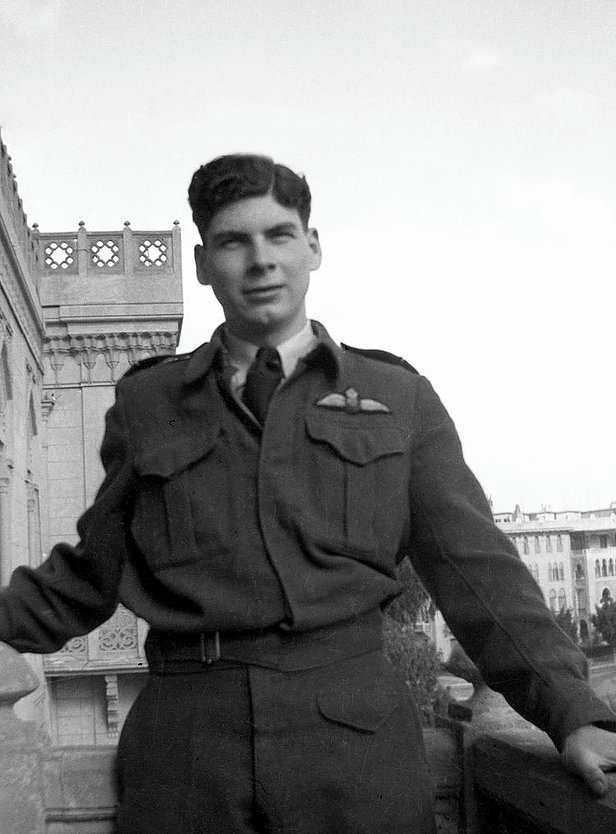 TORONTO - It was 70 years ago that Reid Hutchinson first let slip the surly bonds of earth and flew. February 1943, to be exact.

His RCAF wings first took him training over the plains of Pendleton. Then across the Atlantic to England aboard the transport HMTS Pasteur for more training at Bournemouth.

Finally, the young fighter pilot flew with RAF 92 Squadron in Italy and deadly combat strapped into a Spitfire Mk VIII.

Flt.-Lt. Hutchinson — as he became — says he saw plenty of fellow Canadians die during his 12-month combat tour. Young men. Good men. Some barely 21 like he was.

When he completed his 200 hours of operational fighter sorties, he was sent home by ship to Canada and honourable discharge. That was that. He got on with his life and barely heard a word again from his comrades.

Hutchinson has never spoken publicly about his service until now. He decided to after reading last week in the Sunday Sun about the memorial planned for Toronto to honour the services of the 93,000 men and women of Canada’s Armed Forces who helped drive the Nazis from the boot of Italy.

Hutchinson puts a human face on a conflict that he agrees has long slipped from the forefront of public consciousness.

“I think the Toronto monument is a wonderful idea,” the 89-year-old Brampton resident says. “So many people voluntarily went into that war because they saw the Nazis as evil and Europe was in peril.

“So we fought. Nobody thought anything of it really. It was just what you did. Once you got there, it was kill or be killed.

“There was too much of it, to be sure, but that was the way it was.”

Hutchinson says he flew with a host of other young men from around the world in his squadron. For the 12 months of 1944, he kept company with South Africans, New Zealanders, Australians, as well as British pilots, in a squadron that represented what was then known as the British Empire.

Almost from Day 1 he was called upon to fight from the squadron base at Vanafro, near Monte Cassino.

“I hardly had any hours up on the Mk VIII when one morning I was flying as wingman for my commanding officer.

“We were heading for high-altitude fighter escort just north of Rome and a U.S. B26 bomber formation when we saw two German Focke-Wulf 190s heading up to us.

“One must have developed engine problems because it turned and returned to base. We chased and got it just after it landed and before the ground crew who were running out to meet it.

“We flew in on each others’ wing tip and finished it. That was our job. In fact there wasn’t much left of anything on that strip by the time we finished.”

Hutchinson is keen to point out that the planned memorial will not be honouring anything other than sacrifice.

He says it is only fair because, in his mind, the Italian campaign was largely forgotten back home in Canada as the D-Day landings took such a firm hold in the public imagination.

“I understand that. Like the British Army in Burma, they too feel they were largely forgotten,” he says.

“This [the monument] is a terrific way to remember them all and I am very happy that the Italian community in Canada seems to be so behind the idea. They remember. That’s good. I will be there when it is opened if I can.”

Always the fighter pilot. Reid Hutchinson forgets nothing and still keeps his sights firmly on what lies ahead.

The Supermarine Spitfire Mk VIII was one of the more widely produced versions of the famous World War II fighter.

This variant served almost exclusively overseas in the Mediterranean, with both the Desert Air Force and the USAAF. It was powered by a Rolls-Royce Merlin 66 developing 1,720 h.p.

After the Mk IX and Mk V, the Mk VIII was the third-most numerous operational variant, with 1,658 examples completed and they famously played a key role in the desperate defence of Malta.