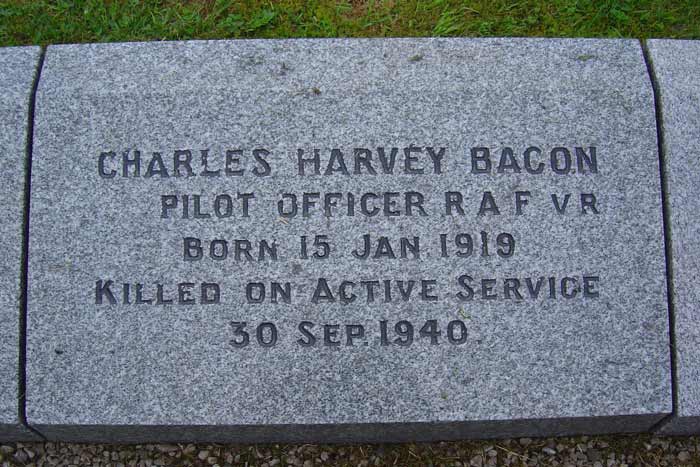 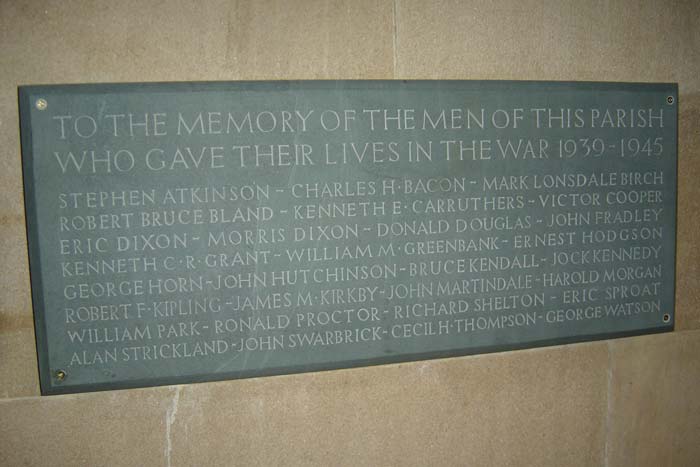 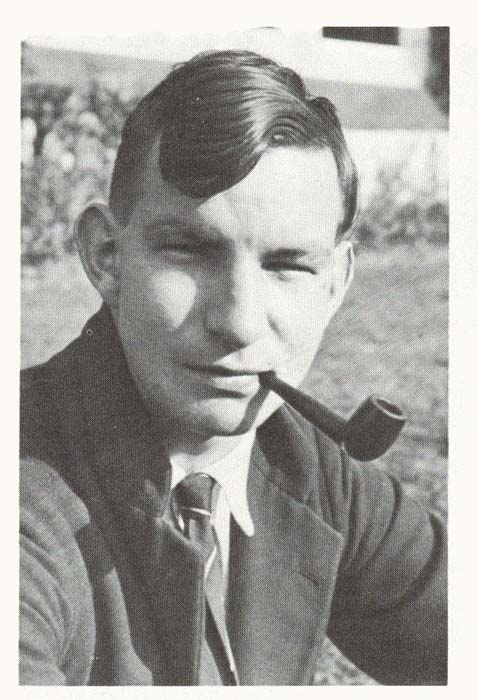 < = expand >
From Battle of Britain London Monument, "Charles Harvey Bacon, a Demi of Magdalen College, Oxford, was born on January 15th 1919. He joined the Oxford University Air Squadron and transferred to the RAFVR in June 1939 as an Airman u/t Pilot. He was called up on September 1st 1939. Commissioned in October 1939, Bacon was posted to 610 Squadron at Acklington on September 16th 1940."

F/O Bacon was practicing head on attacks with Sgt H. R Clarke, L1037 DW-D. Bacon was killed in crash near or on beach, in K9818, and Clarke survived.

Bacon is buried in the churchyard of St.Mary's, Windermere. Regarding this collision, another source (coquetandcoast.co.uk, right) forum has this to say from a contributor ...

"They were at 14,000 feet at the point of collision, the wing being chopped off Bacon's plane. Bacon failed to bail out and was killed when it crashed into Alnmouth beach. Clarke managed to get out of his, but it is believed he struck the tail on the way and was knocked unconscious. He did regain consciousness and found himself descending, upside down with his chute only attached by a single strap caught around his ankle. He fainted again but did manage to make it to the ground alive.

Now the remains of Clarke’s plane were dug up in 1995, and are now in the Bamburgh Museum."

Bacon is buried in the churchyard of St.Mary's, Windermere. Sec. B.1. Grave 52.
Son of William Charles and Charlotte Bacon, of Windermere. Demi of Magdalen College, Oxford.