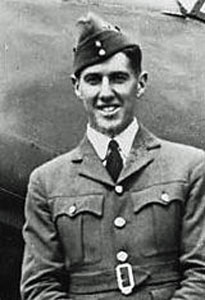 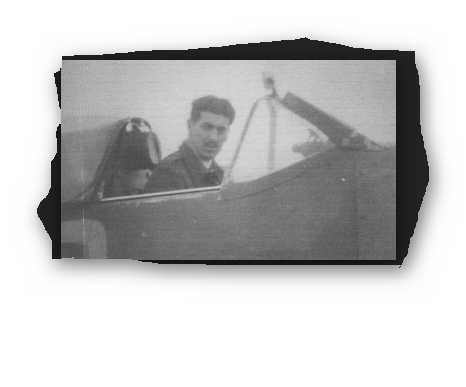 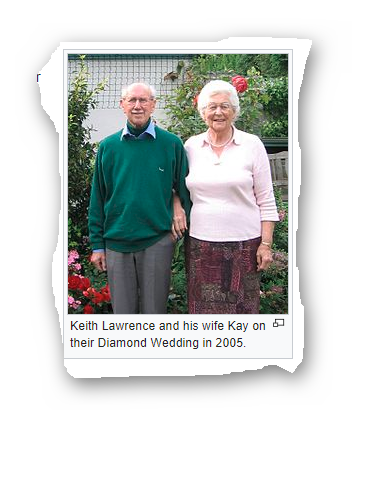 < = expand >
Keith Ashley Lawrence was born in Waitara on 25th November 1919. Lawrence was at Southland Boys High School from 1933 to 1936 and then went to work as a bank clerk in Invercargill.

He enrolled in the Civil Reserve of Pilots in February 1938 and in June he successfully applied for a short service commission in the RAF and left for England in the RMS Tainui on 1st February 1939.

With his training completed, Lawrence joined the newly-reformed 234 Squadron at Leconfield on 6th November. The squadron then had Blenheims but began to receive Spitfires in March 1940. On 6th May he was sent to the School of Air Navigation St. Athan for No. 6 Short Navigation Instructors Course, which ran until 28th June 1940. He qualified as an Air Navigator 2nd Class, in preparation to be Squadron Navigation Officer. He rejoined 234 Squadron on 30th June.

Lawrence shared in the destruction of a Ju88 on 8th July, the squadron’s first victory. On 12th July he damaged a Ju88, on 24th August he damaged a Me110 and on 7th September he claimed a Me109 destroyed and damaged a Do17.

Two days later Lawrence was posted to 603 Squadron at Hornchurch and on the 15th, his first sortie with 603, he claimed a Me109 destroyed and two others damaged.

On 8th October 1940 Lawrence was posted to 421 Flight, then forming at Hawkinge. On 23rd November he damaged a Me110 and on a weather reconnaissance over Ramsgate on the 26th he was shot down by Me109's. The Spitfire P7499/LZ-M disintegrated and Lawrence found himself falling. He got his parachute open, went into the sea and burst open a dye sachet, colouring the water. He was picked up by a minesweeper and taken to Ramsgate, where he was admitted to hospital with his right arm dislocated and his right leg broken. Possibly shot down by Oblt Gustav Sprick 8./JG26 off Deal.

After convalescence at Torquay Lawrence rejoined 421 Flight on 4th December 1941, by then renumbered 91 Squadron. He was sent to 52 OTU Aston Down for a refresher course on Spitfires.

He rejoined 91 on 10th January 1942 but was soon afterwards posted to HQ RAF Mediterranean at Valetta, Malta. From there he joined 185 Squadron at Hal Far on 17th February.

Lawrence was promoted to Acting Squadron Leader on 28th May 1942 and took command of 185, leading it until he returned to the UK in early August.

He was posted to 52 OTU Aston Down but moved to 57 OTU Hawarden on 4th September. He was awarded the DFC (gazetted 12th September 1942).

In early July 1943 Lawrence went to Duxford for liaison duties with the USAAF. On 27th October he was posted to CGS Sutton Bridge on the Pilot Gunnery Instructors Training Wing.

In late May 1944 Lawrence went to 28 OTU Wymeswold, where he flew Hurricanes by day and night against Wellingtons, training air gunners. He returned to operations on 5th February 1945, when he joined 124 Squadron at Manston flying Spitfire IXs.

On 15th July 1945 Lawrence transferred to the RNZAF. He returned to New Zealand in late May 1946 and went on to the Reserve in September. He later returned to Britain, settled there and ran a successful dry-cleaning business.