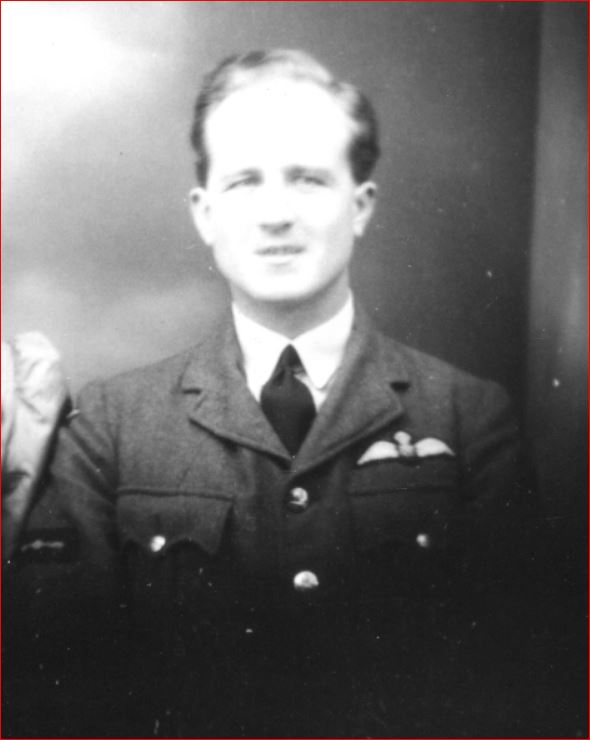 < = expand >
Keenly aware of the ongoing international situation in the late 1930s, Norman Sutton was one of the first men from St Helens to enlist with the Auxillary Air Force, doing so before the outbreak of war. He trained with No 611 (West Lancashire) Squadron at RAF Speke with whom he flew some operational patrols in 1940.

After marrying a local woman he transferred to No 72 (Basutoland) Squadron at Biggin Hill, the front line of the Battle of Britain. He was to last but a few days as his inexperience seemingly cost him his life.

As part of No.11 Group under the command of Keith Park, No. 72 (Basutoland) Squadron had been in the thick of the action. September had been a particularly hard month as the squadron lost a number of aircraft destroyed or damaged and more importantly had lost pilots shot down and killed or wounded. As part of the fresh intake, Norman joined on 29 September along with another of the Merseyside Few, Pilot Officer Thomas Davy. The squadron’s aircraft were replaced with old, hand-me-down battle-weary models.

Norman’s cousin Jim Thornton remembered him visiting his home around this time. “As he left I shook hands with him and wished him luck, saying that the next time I saw him I hoped he had further rings on his sleeves. He went very quiet and serious which was unlike him and said, ‘Goodbye Jim, I am afraid you will not see me again in this world, the pace is too hot, we go up at dawn and apart from refuelling we fly until sunset’.”

Norman left Joan in Ruskington and intended to take her back to the comparative safety of St Helens as soon as he could get leave. On 3 October he wrote what turned out to be his last letter home in which he said, “It is much to dangerous for her down here anyway. Bombs dropping and AA fire all night long in the surrounding districts and we are in the air three or four times a day.” [sic]

Norman was sent out on patrol on 30 September and again in the first few days of October. In his letter to his parents he wrote “Here we are on the thick of it all. Right in the Valley of Death so to speak”.

The Valley of Death

Rising at 5am, in the air three or four times and remaining on duty until dark, life in a front line squadron was brutal and exhausting. According to the Squadron’s Operations Record Book, Norman did crash land his Mk 1a Spitfire (X4488). There are no other details recorded about this incident but Norman did refer to it in his last letter, “I’m fit as ever and quite bright in spite of the fact that I crashed the other day. It was a hell of a crash too. The machine is an absolute wreck but little Norman only got a headache, a bruised bottom and a broken cigarette case which I carried in my hip pocket”.

He did encounter enemy aircraft during these sorties but never found himself in a position to engage. On one occasion he became separated from the rest of his squadron and in the middle of a swarm of ME 109s. Deciding discretion was the better part of valour, Norman got away before he was spotted. As he wrote to his parents, “Odds of 10 to 1 are a bit too much for my inexperience.”

On the morning of Saturday 5 October the weather was bright with light winds. Ideal for the Luftwaffe. At around 09:30 the squadron was scrambled to meet a formation of 30 Messerschmitt Bf109s over Maidstone at around 15,000 feet. Norman did not get to join the combat as during the initial climb his Spitfire (K9989) collided with that of Sgt Robert Staples (X4544). Norman crashed and was killed as his aircraft burnt out in a field on the perimeter of Biggin Hill. The impact reportedly left a crater 16 feet deep. Sgt. Staples, showing considerable skill and nerve, managed to maintain control of his damaged aircraft and land back at Biggin Hill.

Causes of the Crash

Air Vice-Marshal Robert Deacon-Elliott was a Pilot Officer with the squadron at the time of the incident and later recalled it as follows;
“A new pilot, Pilot Officer Sutton, arrived on 30th September, but the poor chap only lasted four days – lack of experience cost him his life. He was late getting airborne during a scramble and on catching up with the squadron at about 1,500 feet he was attempting to manoeuvre into his allotted position when he flew through Sgt. Staples propeller. His tail was chopped off. Sam Staples managed to land his badly damaged aircraft back at Biggin Hill but he was a terribly shaken man. I borrowed a Master from 92 Squadron and flew Sam up north to my home for the weekend. Sam had a very kind nature and was always a gentleman.”

Norman’s Spitfire (K9989) was a Mk 1a and older than those he had been used to flying. Ironically it had seen service with No. 611 (West Lancashire) Squadron where it had been involved in an accident on landing three months earlier. It’s quite possible that he expected to get more out of it on the initial climb and that contributed to the fatal delay in joining the combat.

The official records of the accident are missing from the archive at RAF at Hendon, so we will never know what the approved findings of the investigation into the crash were.

After only eight months of marriage, Joan Sutton was a widow.