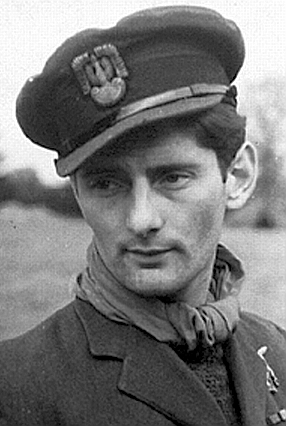 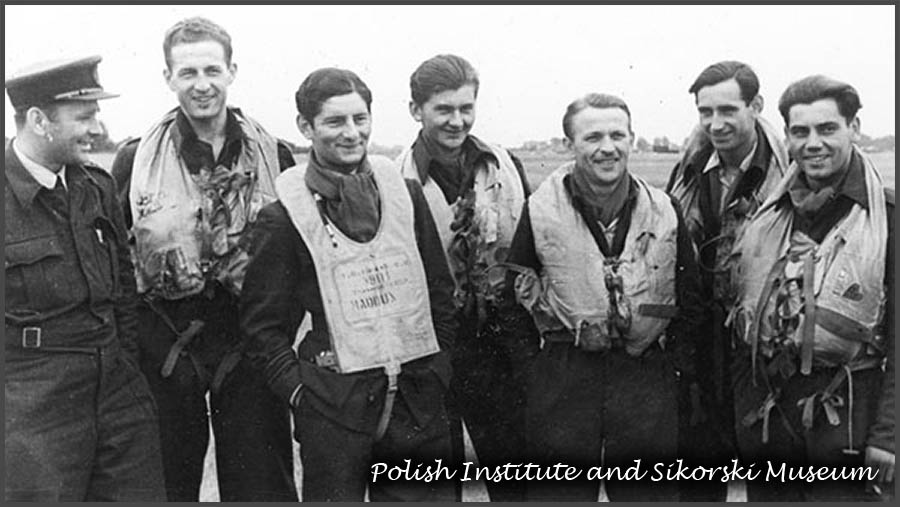 < = expand >
On 14 August, 1935 Horbaczewski received his glider C rating. Next, he went to Officer Flying School in Deblin, where under the instructor Witold Urbanowicz he was awarded the rank of Pilot, Second Leutnant. He arrived in England in 1940 after fleeing Poland via Runmania and France and was posted to No. 303 Squadron.

Horbaczewski first met with enemy planes on the 6th of October 1941, when the 303 Squadron escorted bombers over France. He came up empty on his first attack on three Bf 109s. Noticing a formation of eight Bf 109s, "Dziubek" decided not to attack, but soon saw a lone Messerschmitt which he jumped and put several bursts into. The German began burning, but the victim's wingmen forced Horbaczewski to disengage into the clouds. He landed on fuel fumes at West Malling, the first British airfield he spotted.

At the end of 1942 Horbaczewski joined a group of selected Polish pilots in North Africa under the command of Stanislaw Skalski.
After spectacular successes, they received the nickname of 'Skalski's Circus'. He joined 145 Squadron RAF on 13th March 1943 as part of a Polish Flight attached to the Squadron.

Horbaczewski took command of the No. 43 Squadron, 324th Fighter Wing. In combat over Sicily and southern Italy, He added more victories to his scoreboard: two of which were Bf 109s he downed within 40 seconds. On the 18th of October 1944 during a massive air battle in which Horbaczewski's squadron was credited with downing 16 FW-190s (three downed by Horbaczewski himself).
Horbaczewski finished the War with 16.5 victories. He was also credited with downing four V-1' rockets.

He was killed whilst flying in Mustang III, FB355 PK-K of No 315 Sqn, shot down by flak during a low level dog fight with a Fw 190 over Beauvais airfield. In 1947 the wreck of his Mustang along with his body was found near Valennes. Horbaczewski is buried in Creil Communal Cemetery.