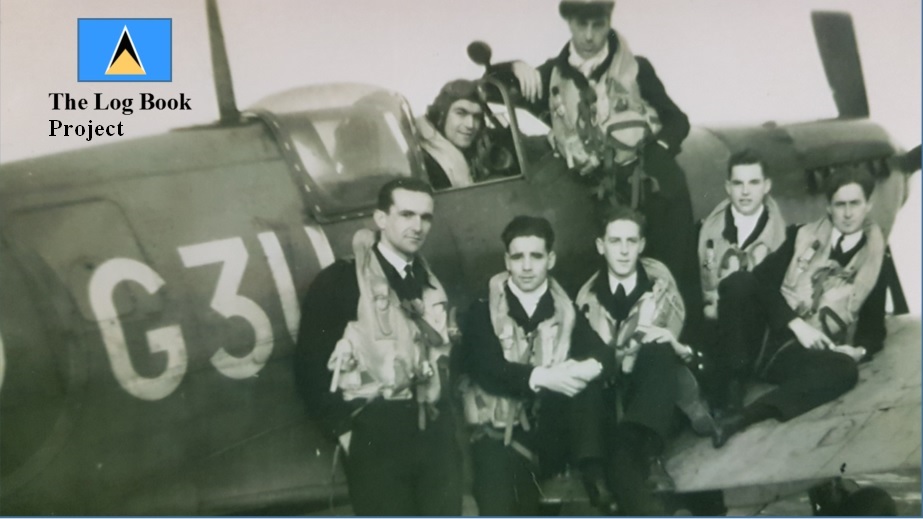 < = expand >
Cyril Devaux was born on 19 February 1920 in St. Lucia, at the time a British Colony. In 1943 he left the West Indies for Alberta, Canada, and commenced training with the RAF in January 1944. In October that year, he earned his Pilots’ Flying Badge and subsequently relocated to England where he was initially stationed at Sywell in Northampton. With the war rapidly closing in Europe however, Devaux was not assigned to engage with hostile forces. He therefore successfully sought a transfer to the Fleet Air Arm in order to serve in the Pacific.

In July 1945, he was posted to Royal Naval Air Station (RNAS) Henstridge where he flew the iconic Seafire (approximately 55 hours in total). The atomic bombing and surrender of Japan in August 1945 meant that Devaux was never deployed into combat however he continued to fly with the RNAS until May 1946, serving out his final months with 720 Squadron at Ford Sussex. After his discharge he returned to the West Indies where he rose to the level of Managing Director with Barclays Bank PLC, raising ten children with his wife Norah, before his retirement in 1980. He died on 6 February 1997; his tombstone reads “a noble man”.

Starting in 2016, some 70 years after Devaux’s last flight entry, a random sample of war veterans and civilian witnesses who lived and served through one of history’s darkest chapters, was asked to autograph Devaux’s pilot log book. A document summarizing their remarkable experiences, annotated with the log book’s own journey as it travels the world obtaining signatures, is in progress. It is hoped that future generations who encounter the book and the compilation of testimonies, will appreciate the unspeakable horrific suffering and deprivation experienced by millions - on all sides - during World War II and the need to strive continuously for peace and reconciliation. This token is therefore dedicated to all who suffered incalculable and irreplaceable losses and to those who served in order to purchase the freedoms so often taken for granted today.

There are over 100 signatures to date. Please visit: https://thelogbookproject.com/ https://www.facebook.com/lucianlogbook/