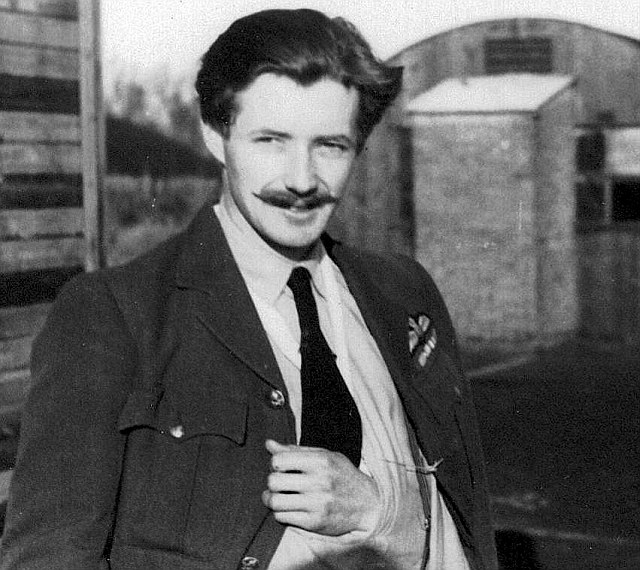 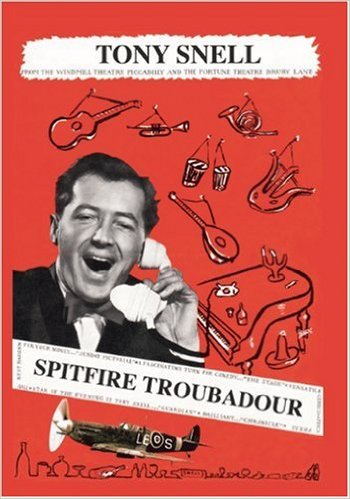 < = expand >
Expert (multiple) escapee, Tony Snell set up a resort in the British Virgin Islands after the war, his exploits are described further in articles linked on the right. He also wrote a book, and the cover is shown in the images on the right. An avid sailor, he and his wife operated the "Last Resort" a cabaret / vaudeville styled venue on a small island which once held a pirates castle (Bellamy), there is a youtube link to this well loved resort on the right. In WWII, He actually ran away from a firing squad (was hit), and, escaped.

Here is an excerpt from a forum commented on by Hugh Halliday on RAF Commands site (in turn sourced from DSO database) (see link right):

"On July 10th, 1943, this officer's aircraft was shot down during a patrol over the beach head in Sicily, where Allied landings were taking place. He was then engaged in attacking a force of Messerschmitts. The crash landing took place in territory controlled by the enemy, but Flight Lieutenant Snell was able to avoid capture and, after dark, endeavoured to return to the beach head. He first encountered a number of Italians whom he bluffed into thinking him a Vichy Frenchman. On escaping from the Italians, he eventually found a road which he recognized from his map. Whilst following this road he was challenged by some Germans, who ordered him to put his hands up. Without warning they rolled a grenade at him along the ground. Just in time he jumped aside and ran back, followed by more grenades; he escaped by taking cover in the scrub. Shortly after this, he found himself in a minefield through which he picked his way for half an hour before reaching a track. Following this track, Flight Lieutenant Snell blundered on to a German airfield, very near the battle area, where he was captured. The Germans decided to execute him as a spy. He was marched out to a small open space and ordered to kneel down. Realizing that he was about to be shot in cold blood, he did not obey the order but sprang away as the Germans fired. He was wounded in several places, his right shoulder being smashed. Despite this, Flight Lieutenant Snell evaded his captors and hit for a time amongst boulders before making a last attempt to reach the British lines. Owing to the extreme weakness and pain caused by his wounds, this attempt was not successful. Flight Lieutenant Snell was recaptured at dawn after collapsing from exhaustion. He was again threatened with execution for spying on the airfield, but finally managed to prove his identity to the satisfaction of the Germans. He was taken to a field hospital where his wounds received attention. Later he was transferred to Catania and thence to Lucca by sea. Here he was in hospital for about two months, until the Germans who controlled the prisoners decided to move them by train to Germany.

"Although not fully recovered from his wounds, Flight Lieutenant Snell determined to escape during the journey and made all possible preparations for this. In company with an American officer, he jumped from the train while it was passing through a junction, afterwards discovered to be Mantova. For the next week they travelled south. During this journey they had several narrow escapes from the Germans and were assisted by a number of anti-Fascist Italians. With this help the officers were able to reach Modena, where they were sheltered by various friendly Italians for several months. While in Modena, Flight Lieutenant Snell was informed of various projects which Partisan forces were planning and he undertook a long trip into the mountains in disguise to inspect a plateau which the Partisans considered to be a possible site for a secret airfield. He found the site to be unsuitable as an airfield but a useful place for the dropping of arms and ammunition. He drew up a detailed plan and map with this project in view, giving two copies to other prisoners for transmission as opportunity occurred. A third copy he carried on him and handed over to the correct authorities when he finally escaped. It was eventually decided that Flight Lieutenant Snell and his companion should attempt to escape over the Alps to Switzerland. They made a long and risky train journey, accompanied by several of their Italian friends, to a small village near the frontier. There they were introduced to two guides who took them over the mountains. After a long and steep climb, the frontier was reached and crossed. In Switzerland he was interned until October 1944, when the American advance reached the Swiss border."