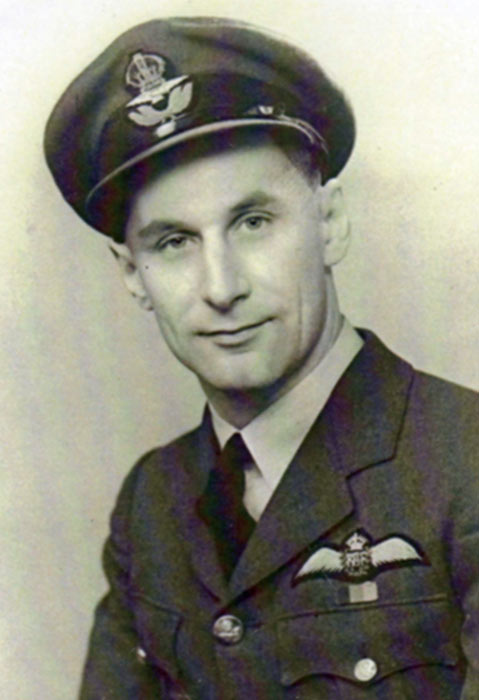 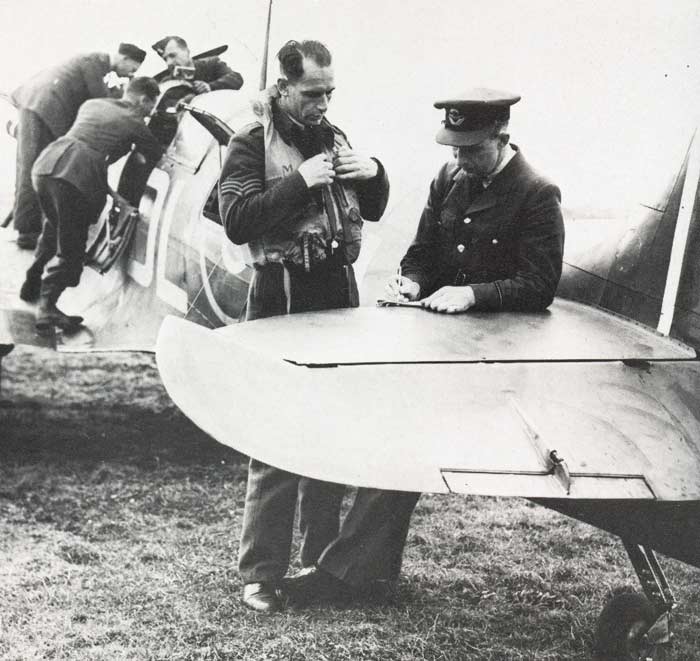 Down joined 64 Squadron at Leconfield on 6th October. He moved to 616 Squadron at Kirton-in-Lindsey on the 13th and flew two operational sorties before the end of the month, on the 20th and 26th.

Whilst with 91, Down damaged two German aircraft. He was posted to 52 OTU Aston Down on 15th November 1941, was sent on an instructors course to CFS Upavon in January 1942, after which he continued to instruct at 52 OTU until he rejoined 91 Squadron in August 1942.

Commissioned from Warrant Officer in September, Down joined 1696 Flight, AFDU at Bourn in August 1943. He went to HQ ADGB, Kenley in May 1944 and was later with the Communications Squadron at Northolt.

He was posted to the Indian Air Force at Karachi in February 1945, later returning to the UK, where he was demobilised at RAF Rugeley on 30th November 1945 as a Flight Lieutenant.

This pilot flew fighter aircraft for the RAF in WWII, this record has come from the RAF Archives with a log book reference. The log book is available for viewing in the RAF London archives. The data we parsed includes pilot name, rank, awards, and log book dates - but little else, i.e. country of birth or aircraft flown. We have made country of birth the UK until users edit the pilot listing to make a correction, figuring a majority will be UK pilots. We do have a reference number for the operational log book(s) available in the RAF archives, in London, and the reference numbers include: Log Book accession no. X005-2139/031, Log Book Accession No. X005-2139/032. If a user conducts research on this pilot and can fill in this pilot's biography further by clicking edit, or, can visit the RAF archives to inspect the log book(s) and add any aircraft serials or sortie details, this change will be reflected in your profile as recognition. Let us know if you visit the archives.