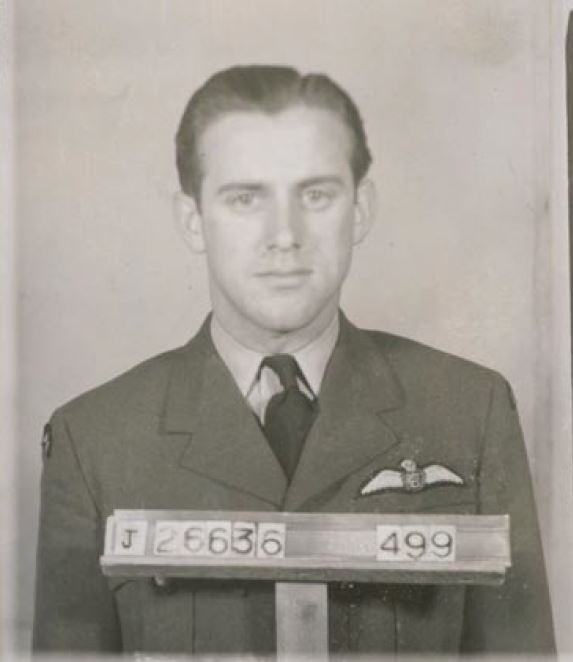 Another engine failure this afternoon resulted in the death and injury of several soldiers of a local army unit, F/O R.L.Cotnam, (CAN.J.26636), was taking off on a close support bombing mission when his engine failed at 100 feet.

He released his bomb "safe", but it exploded when it struck a building about a mile from the airfield. Cotnam succeeded making a forced landing on the beach and was uninjured.

In afternoon a 417 Squadron Aircraft developed engine trouble similar to ours on take-off. The pilot jettisoned his bomb just before he belly-landed on the beach, but unluckily the bomb hit an A/A battery HQ Building only 100 yards from the Squadron Headquarters.

The Squadron suffered no casualties but the large building was very badly damaged, 3 soldiers were killed and many more severely injured.

The wind lessened in the late afternoon and the wing became operational once more. F/O Roy Cotnam (CAN J.26636) flying as No. 3 on a dive-bombing (rail cut) mission, exploded in mid-air whilst in the bomb dive, which gives us another inexplicable casualty as no flak was encountered or seen by the other 2 a/c on the mission. Roy's loss is felt keenly as he was one of the most popular boys in the mess as well as being a "S.H." pilot.

The suspicion is that this pilot was one of three killed by faulty bomb fuses: