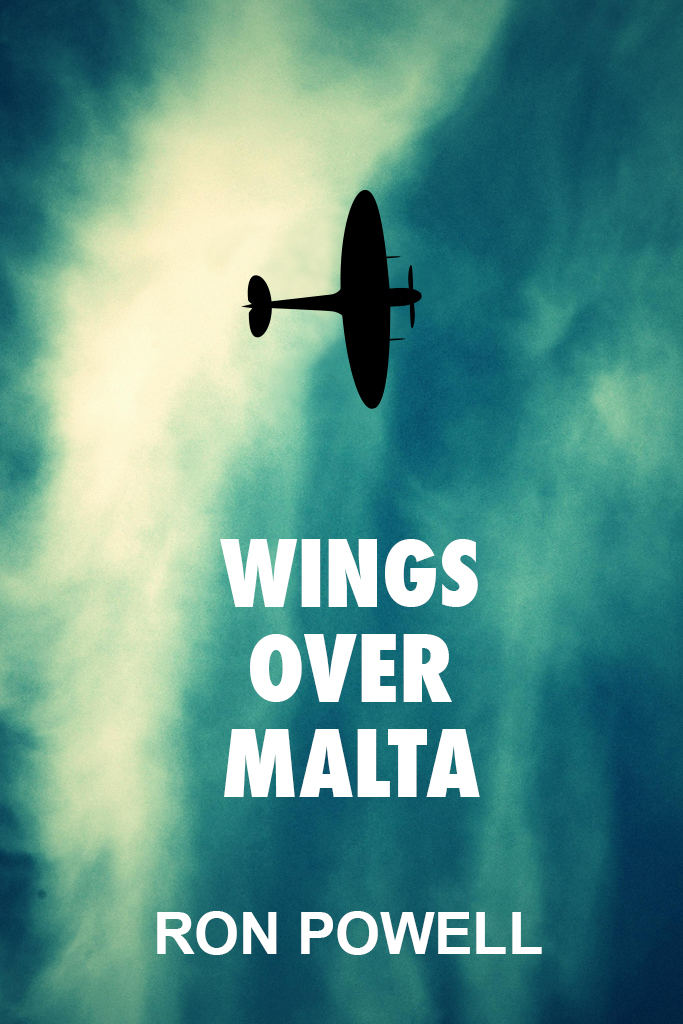 You may have read our previous review on "Wings Over Summer" by former RAF pilot Ron Powell from the UK. Well, he's just penned another, building off the success of his epic novel of day to day life on the ground and in the air during the Battle of Britain. Ron's stories of how pilots had to adapt or die, told through the character's viewpoint. He paints a vivid image of what it must have been like. Now, with "Wings Over Malta" we get a glimpse into an equally desperate and pivotal air battle, with Malta being starved out entirely. Low on food, low on fuel, low on aircraft -- the allies hang on to a tiny but critical stronghold during the war.

Canadians have a special interest in the Malta air war as many Canadian pilots fought there, from George Beurling (RAF pilot with highest Malta success) to Irving Kennedy (who wrote a book later in life called "Black Crosses Off My Wing-tip" an excellent book) and many other Canadians.

The book "Wings Over Malta" is now available on Amazon (paper back or your e-reader), and here's a little extra on it ...

Ron Powell’s, new book, Wings Over Malta, takes the hero of his Battle of Britain novel, Wings Over Summer, into the ferocious air battles over the tiny Mediterranean island of Malta.

Ron, a retired RAF pilot explained, ‘When I was researching Wings Over Summer, I was amazed at how many Battle of Britain pilots went on to fight above Malta. I knew then it would have to be the subject of my next novel.’

Wings Over Malta opens in March 1942, with Jack Williams flying one of the first 15 Spitfires to reach the Island, by then the most heavily bombed place on Earth. Once there, he and his fellow pilots have a simple task: to regain control of the air. The problem is, when not sheltering from the incessant bombing, they’re hunted from take off to landing by dozens of Messerschmitts based only a few minutes to the north on Sicily.

Ron continued, ‘The Maltese suffered dreadfully during this period, but they and those fighting to protect them refused to give in. Of course, many of the pilots received medals for bravery, but so did the Islanders. King George VI awarded them the George Cross. The medal still appears on the Island’s flag.’

Ron spent much of his 32 years in the RAF as a flying instructor, teaching young men and women to turn upside down, jink and spin in light aircraft. Reviewers say this makes his descriptions of air combat especially dynamic and realistic. Perhaps because of this, Wings Over Summer has notched up more than 16,000 sales. Ron hopes Wings Over Malta can achieve the same success. It’s off to a good start, already entering the top 50 war books on Amazon, where it’s available as an e-book or paperback.

You can find out more about Ron’s career, writing and his public speaking on http://www.ronpowell.co.uk.