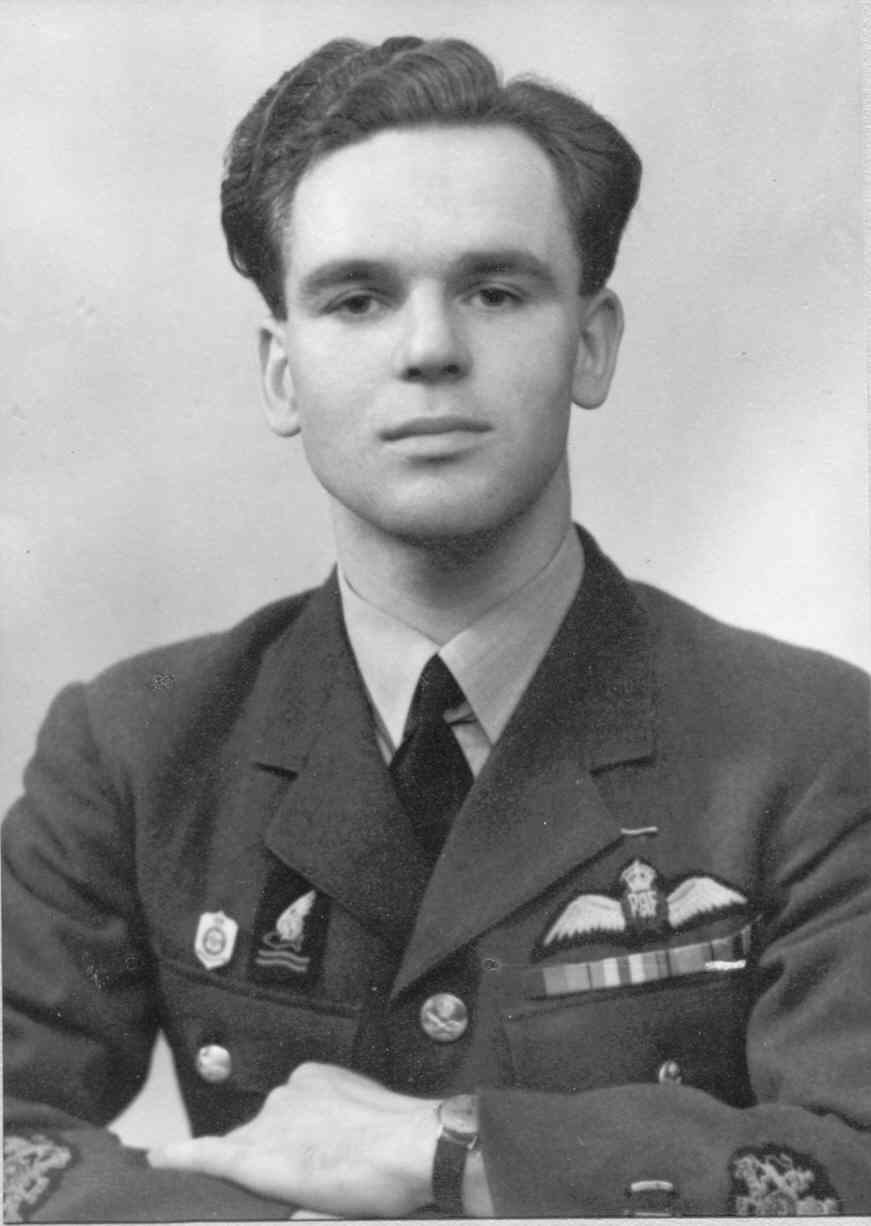 < = expand >
A brief excerpt from the link on the right (BBC) to provide some background on the person, and, considerable information is available from this link from the son of W/O Widdowson.

"He was a very humorous and incredibly patient man, a gifted teacher, a very determined character, and a great Dad. He died of a heart attack in 1980 and, amongst all the usual things, he left my brother and I a tin trunk containing his flying kit, personal letters, flying log book, and a detailed diary describing his time in the RAF. As children and teenagers, he had told us many stories about ‘flying his Spitfire in Italy’, and we had listened wide-eyed to these amazing adventures, but I can also remember him impressing upon us the following sentiment:

‘It is up to your generation, and the next, to ensure that we never again have to fight a war like this last one. The RAF crew were amongst the brightest chaps our country could offer, and it is terrible to think of all the men that were lost; men who could otherwise have been teachers, doctors, scientists, and the like. These were people who could have done something worthwhile with their lives, and made this world a better place to live in. We have lost the cream (the best) of our generation’.
For my brother and I, this statement encapsulates the tragedy of war, and still resonates down all the years since his death.
The following account is the distillation our joint efforts (my brother and I) to bring to life our Dad’s time flying Spitfires with the Desert Air Force (DAF), and his personal experiences of the war in Italy. The accounts of the operational sorties given in the later chapters are have been copied as near ‘verbatim’ as is possible from his personal diary. I have made minor amendments or alteration only for the sake of clarification or continuity where necessary, and have occasionally added in useful anecdotal information he had related to us.
A background to 92 Squadron, DAF, and the conflict in Italy
It certainly took a long time to train a pilot, and they were a such a valuable resource to the war effort that much was done to rescue ‘downed pilots’ and, if not badly injured, to re-patriate them quickly to their squadrons, and back into the fray. This was certainly to be part of Dad’s experiences.

After a brief 2 week posting to 72 Squadron DAF (Desert Air Force), Dad was transferred to 92 Squadron of 244 Wing DAF, arriving ‘on station’ on 26th December 1944. This squadron had an exemplary war record, and had earned formidable reputation during 1944 for the accuracy and potency of its ground attack sorties against enemy positions and armour in Italy. By the end of 1944, the squadron was considered the foremost fighting unit of 244 Wing. The motto of 92 Squadron was ‘Aut pugna aut morere’, which translated reads ‘Either fight or die’. This motto is written in large letters in the front of Dad’s personal diary and, sixty years later, having read it all in detail it seems a remarkably apposite sentiment for what was to happen to him over the coming months, and up until the end of the war."