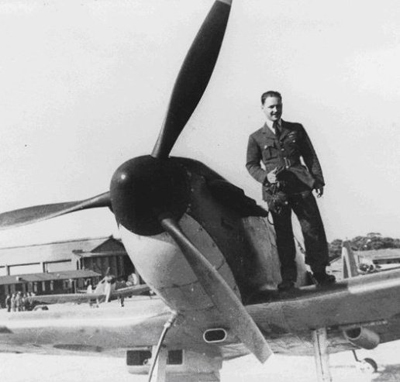 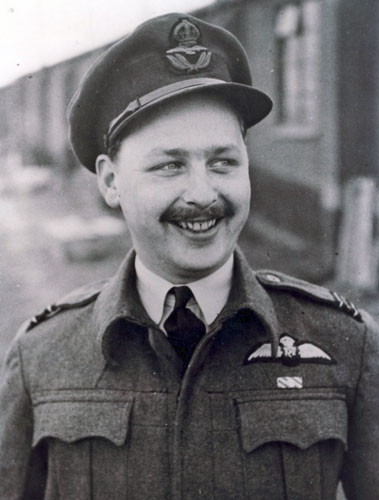 He joined the RAFO and began his initial training course on 17th January 1938. He was granted a commission on 26th March and went on to 8 FTS Montrose on 9th April.

With his training completed he joined 74 Squadron at Hornchurch on 29th October 1938. Freeborn relinquished his RAFO commission on being granted a short service one in the RAF on 17th January 1939.

Three days after the outbreak of war the squadron was scrambled, Freeborn and Fg Off VG Byrne dived to attack what they thought were Me109's but were in fact Hurricanes of 56 Squadron. They shot down two, killing one of the pilots.

This incident became known as 'The Battle of Barking Creek'. Freeborn and Byrne came up before a General Court Martial on 7th October 1939 and were completely exonerated.

Citation:This officer has taken part in nearly all offensive patrols carried out by his squadron since the commencement of the war, including operations over the Low Countries and Dunkirk, and, more recently, engagements over the Channel and south eastern England. During this period of intensive air warfare he has destroyed four enemy aircraft. His high courage and exceptional abilities as a leader have materially contributed to the notable successes and high standard of efficiency maintained by his squadron.

He had been appointed temporary 'A' Flight Commander on 8th August when Sailor Malan was given command of the squadron. Freeborn's appointment was made permanent on 14th August and he was promoted to Acting Flight Lieutenant on the 28th.

Freeborn was awarded a Bar to the DFC (gazetted 25th February 1941).

Citation: This officer has continuously engaged in operations since the beginning of the war. He has destroyed at least twelve enemy aircraft and damaged many more. He is a keen and courageous leader.

Posted away to 57 OTU on 6th June 1941 as an instructor. Whilst there he did an instructors course at CFS Upavon.

On 15th December 1941 he was posted to 145 Squadron as ‘B’ flight commander but was subsequently posted out as supernumerary with effect from 1st January 1942.

In January 1942 he was posted to South East Training Command of the USAAF at Selma, Alabama, as RAF Liaison Officer. He was later at Eglin Field, Florida where he tested various aircraft, including the Mustang and the Thunderbolt.

He returned to the UK in December 1942, serving at Harrowbeer, Exeter and then at Bolt Head as Station Commander. In February 1943 he joined 602 Squadron at Perranporth as a supernumerary, mainly leading the squadron in escorting Lancaster and Halifax bombers to attack Brest.

On 1st June 1943 Freeborn was given command of 118 Squadron at Coltishall, leading it until January 1944. He then served at 61 OTU Rednal and later 57 OTU Eshott before he was posted to Italy to be Wing Commander Flying of 286 Wing.

Freeborn was released from the RAF in 1946 as a Wing Commander. He went on to the RAFO, underwent flying training at Doncaster and left the RAFO in 1954.

Postwar Freeborn worked for Tetley Walker as a regional director. After retiring he moved to Spain but returned to the UK where he died on 28th August 2010.