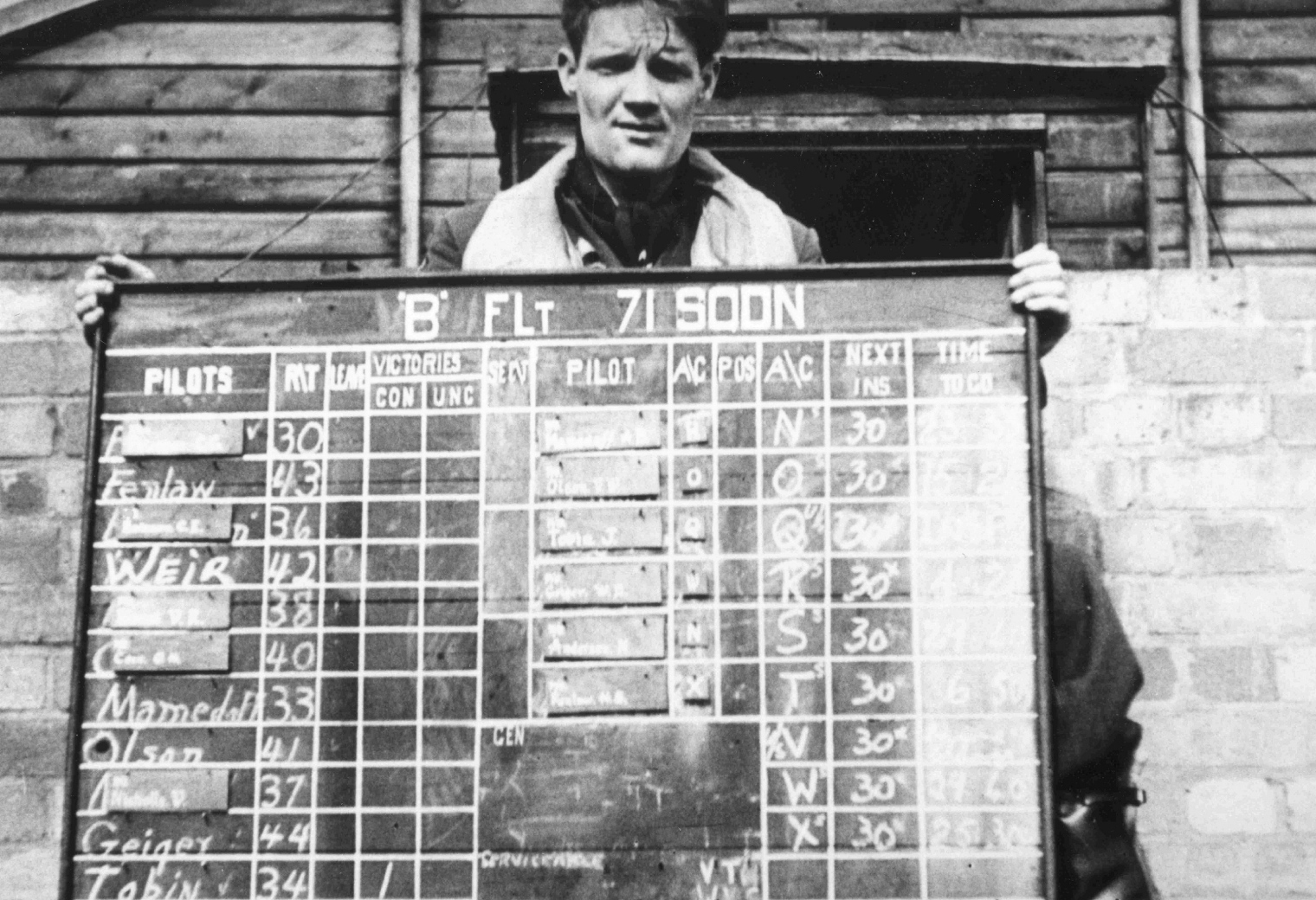 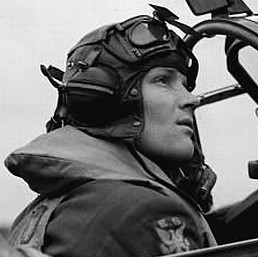 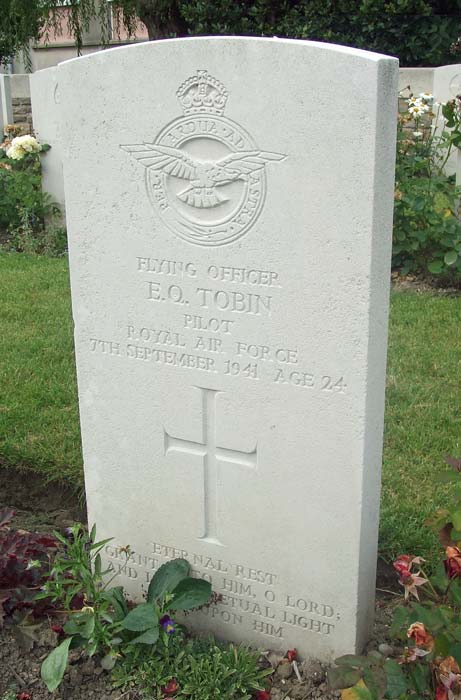 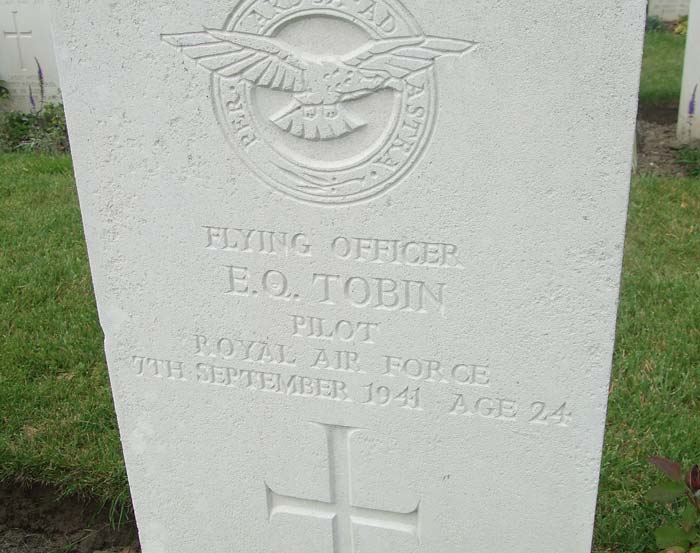 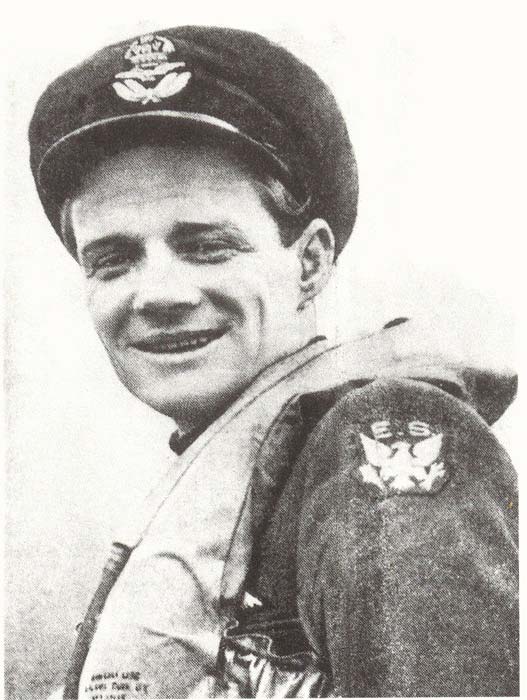 < = expand >
Eugene Quimby 'Red' Tobin, a lanky American from Los Angeles, had signed up originally to fight for Finland against Russia, but arrived in Europe too late for that war. He was already a qualified pilot, having learned to fly in the late thirties, paying for his lessons by working as a guide and messenger at the MGM Studios in Hollywood.

Once in France he enlisted (with his close friends Andrew Mamedoff and Vincent Keough) in the French Air Force but the chaotic conditions resulting from the German invasion resulted in them being shunted around France without ever being allocated a squadron or aircraft. Seeing that all was lost they managed to join the last ship from the port of St Jean-de-Luz and join the RAF in England.

Following Spitfire conversion training at 7 OTU Hawarden Tobin was sent to No 609 Squadron on the 8th of August 1940 and was soon in action, sharing in the destruction of a Me110 on the 25th of that month and a Do17 on 15th September.

On the 19th of September 1940 Tobin (plus his two friends) were the first pilot arrivals at the newly-formed 71 'Eagle' Squadron at Kirton-in-Lindsey, Lincolnshire.

Tobin was killed near Boulogne in combat with Me109's on 7th September 1941 in Spitfire W3801 on No 71 Squadron's first sweep over France. He was 24 years old and is buried in Boulogne Eastern Cemetery, France - Plot 13. Row A. Grave 10.

His aircraft was Presentation Spitfire POPOCATAPETL I.