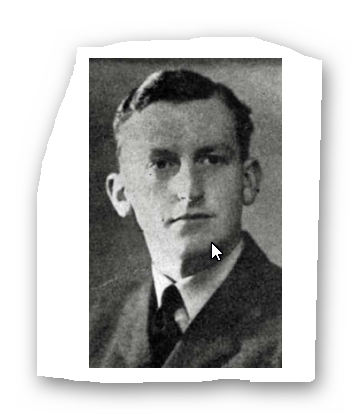 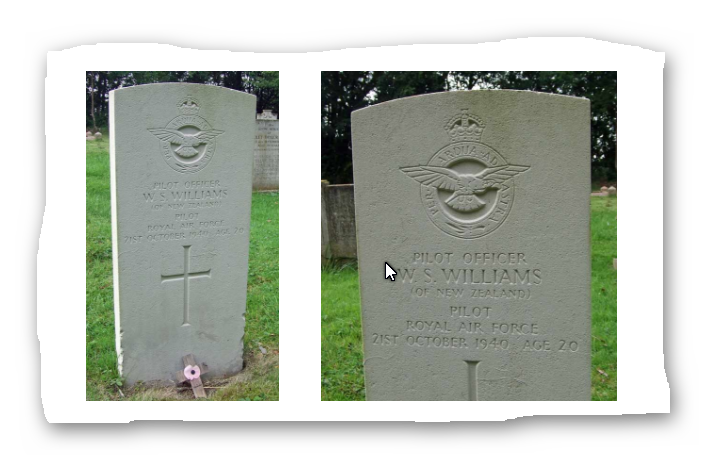 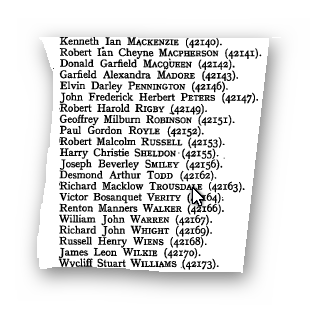 < = expand >
Wycliff Stuart Williams was born in Dunedin, New Zealand on 28th September 1920 and was employed as a bank clerk when he applied for a short service commission in the RAF in June 1938. He was provisionally accepted in November and sailed for the UK on 1st February 1939 in the RMS Tainui.

Williams began his training at 11 E&RFTS Perth on 13th March, moved to 9 FTS Hullavington on 26th May and was awarded his flying badge on 29th August. He was posted to the newly-reformed 266 Squadron at Sutton Bridge on 6th November 1939.

The squadron was due to be equipped with Fairey Battles but in January 1940 it began to receive Spitfires. On 12th August 1940 Williams attacked a Ju88, setting it on fire. His Spitfire, N3175, was badly damaged in the engagement and he made a belly-landing at Bembridge, Isle of Wight. The aircraft was in flames and Williams just managed to scramble clear before it exploded.

On the 18th he destroyed a Me109 over Dover and on 7th September he shared in destroying a Do17, shot down in flames over the Scheldt Estuary after a chase across the Channel.

On 21st October Williams took off in Spitfire X4265 from Wittering to intercept a raid on Cambridge. After the action he landed at Stradishall to refuel. He took off again and, according to a witness, he flew low across the airfield and then seemed to stall. His engine cut out and he crashed and was killed.

He received a Mention in Despatches (gazetted 17th March 1941).