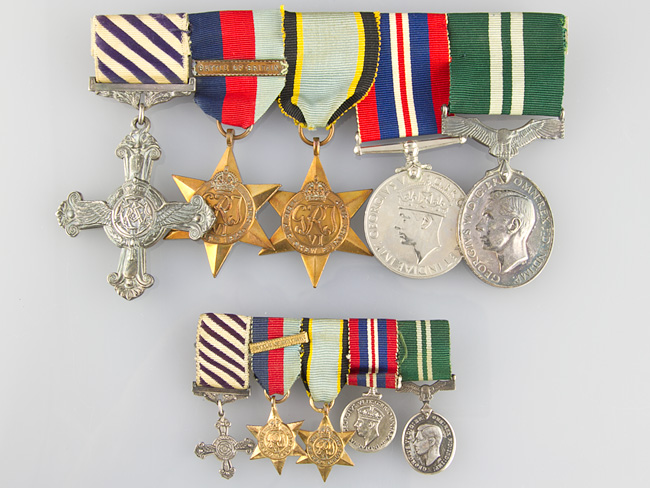 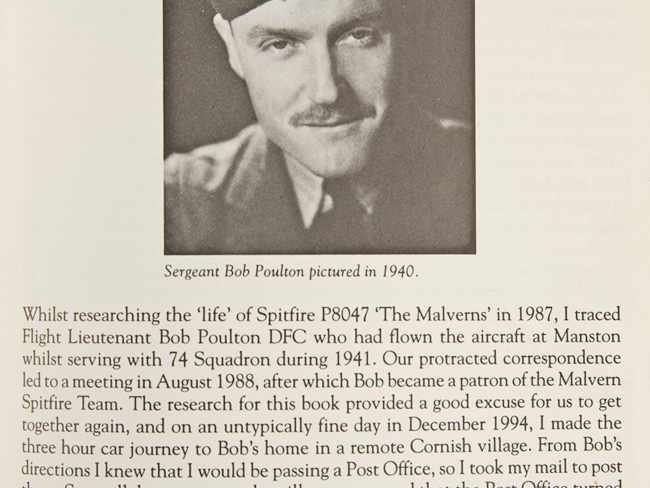 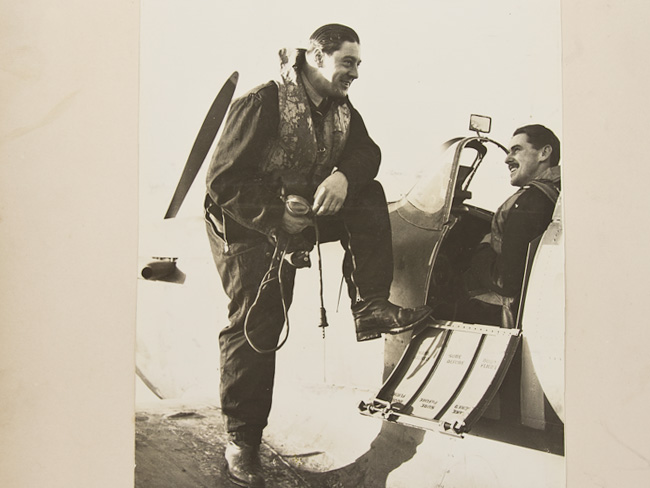 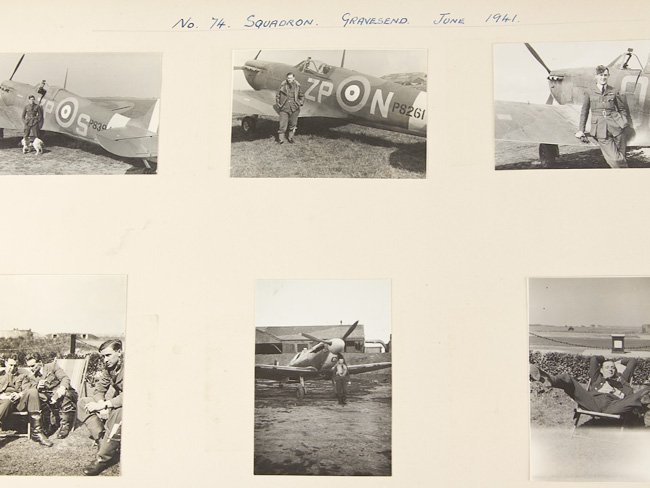 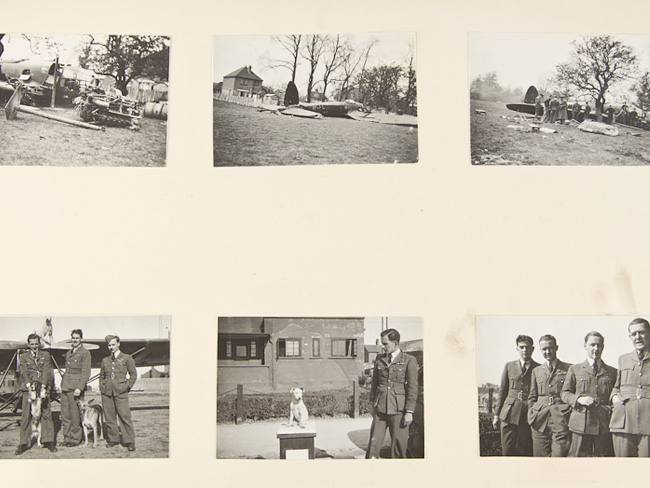 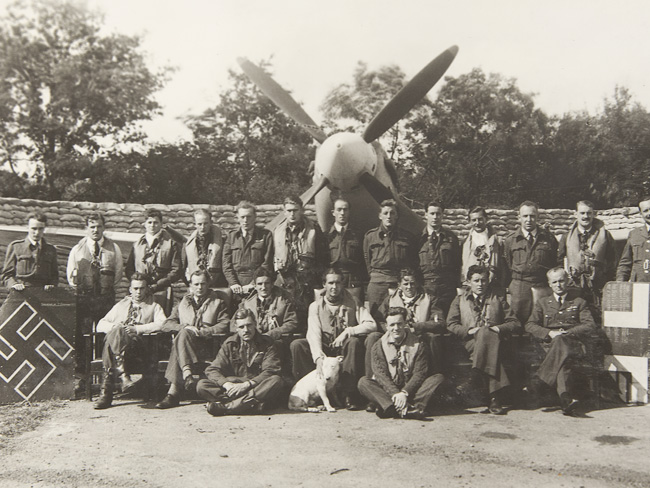 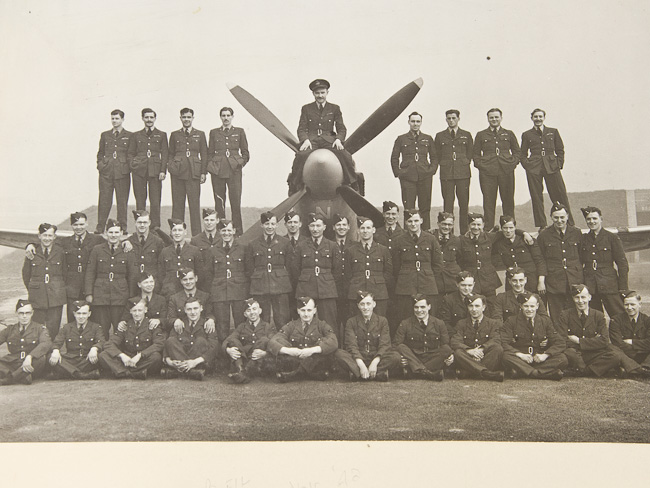 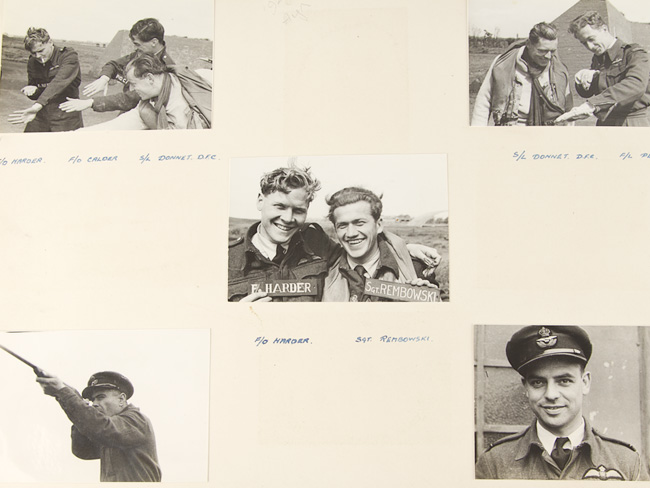 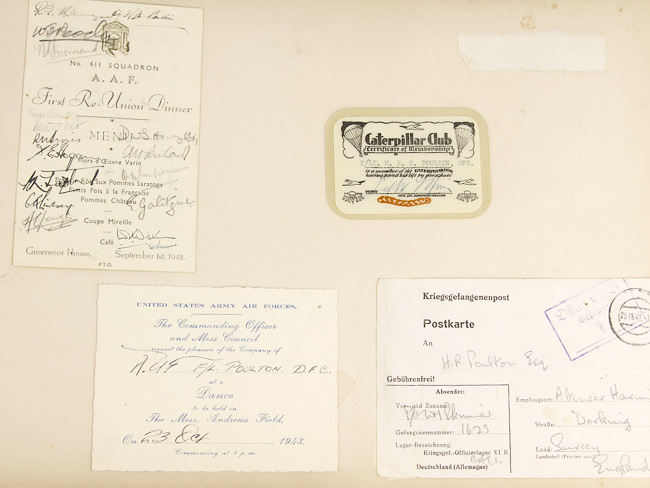 The information for this pilot, comes, primarily from the "for sale" ad on e-bay recently where his medals, POW diary, and, various other items went up for sale at L 22,500 British Pounds ($35,000 US). Hopefully a museum picks this lot up. In finding the Dailymail.co.uk article (source right) from 2012, it appears this lot was auctioned back then expecting to fetch a price of between 10 and 12,000 Pounds.

The dailymail article gives more detail on his operational duties, including downing 4 aircraft during the Battle of Britain. The dailymail.co.uk article also gives some information on his post-war career, "Bob went on to be an air traffic controller for the RAF until he was 50, when he passed exams to do the same job at civilian airfields."

In commemoration of this pilot, the write-up from ebay is particularly good, so we're re-posting along with his medal images, which include the Battle of Britain medal, DFC.

From e-bay (not the WWII source I would have expected);

Flt Lt Bob Poulton's WWII career is well documented in Dilip Sakar's "A Few of the Many - Airwar 1939-45 - A Kaleidoscope of Memories" (Chapter 24 p221-228), also included with this lot. However, the most interesting part of this collection is the RAF photo album which includes photos of many pilots and planes of 64 Squadron (Biggin Hill), 611 Sqdn (Digby) and 74 'Tiger' Sqdn (Biggin Hill).

Later in the War, he flew Seafire's on HMS Argus but it was in 1944 while flying and escort mission with 54 Sqdn Martin Marauders Bombers on a V1 Rocket bombing raid when he was forced to bale out over Northern France. The low level bale-out caused him to break a leg on landing and he was captured. He was in Amiens Hospital when the nearby Gestapo Headquarters were bombed in a daring raid by Mosquitos to release French Resistance members under sentence of death. He recalls in his POW Diary how, as a British Pilot, he noticed a shift in attitude towards him after this brazen action which killed some patients, showing how close the buildings were.

Because of his low bale-out, Back in Britain he has been assumed Killed-in-Action and was reported as such in the Operations Record Book. A telegraph was even sent to his wife (this is also included in the collection) and it was several weeks before they heard the news he had survived. He was interned at Stalag Luft I but because his leg did not heal the Red Cross Commission passed him for a rare Repatriation Exchange. He left Berlin in January 1945 and after an operation in England he was released from the RAF in 1946. He rejoined the Air Traffic Control Branch in 1951 and finally left the service in 1968.

The photo album contains the telegram of his death, together with his Caterpillar Club Membership Card (for pilots that has saved their lived by parachuting), POW postcard and Dance Invitations along with many pictures. Also included is his POW Diary (issued by the YMCA) which has a record of the period from capture, through treatment in hospital to his time in Stalag Luft I with pictures, drawings, a card from George VI, prison money, a prison camp menu, calendar and the names and addresses of the different Squadron pilots that he knew.

The medals alone are an excellent group from a time of heroics amongst pilots of Britain. Include the Diary, Photo Album and assorted ephemera in this lot you can see a fascinating account of the wartime life of our celebrated pilots. A truly wonderful collection."

The Caterpillar Club card photo is particularly exciting, given to members who used a parachute to save their lives. Bob parachuted from his aircraft over France with only 800 feet of altitude, breaking a leg, but surviving (POW).
reply
post