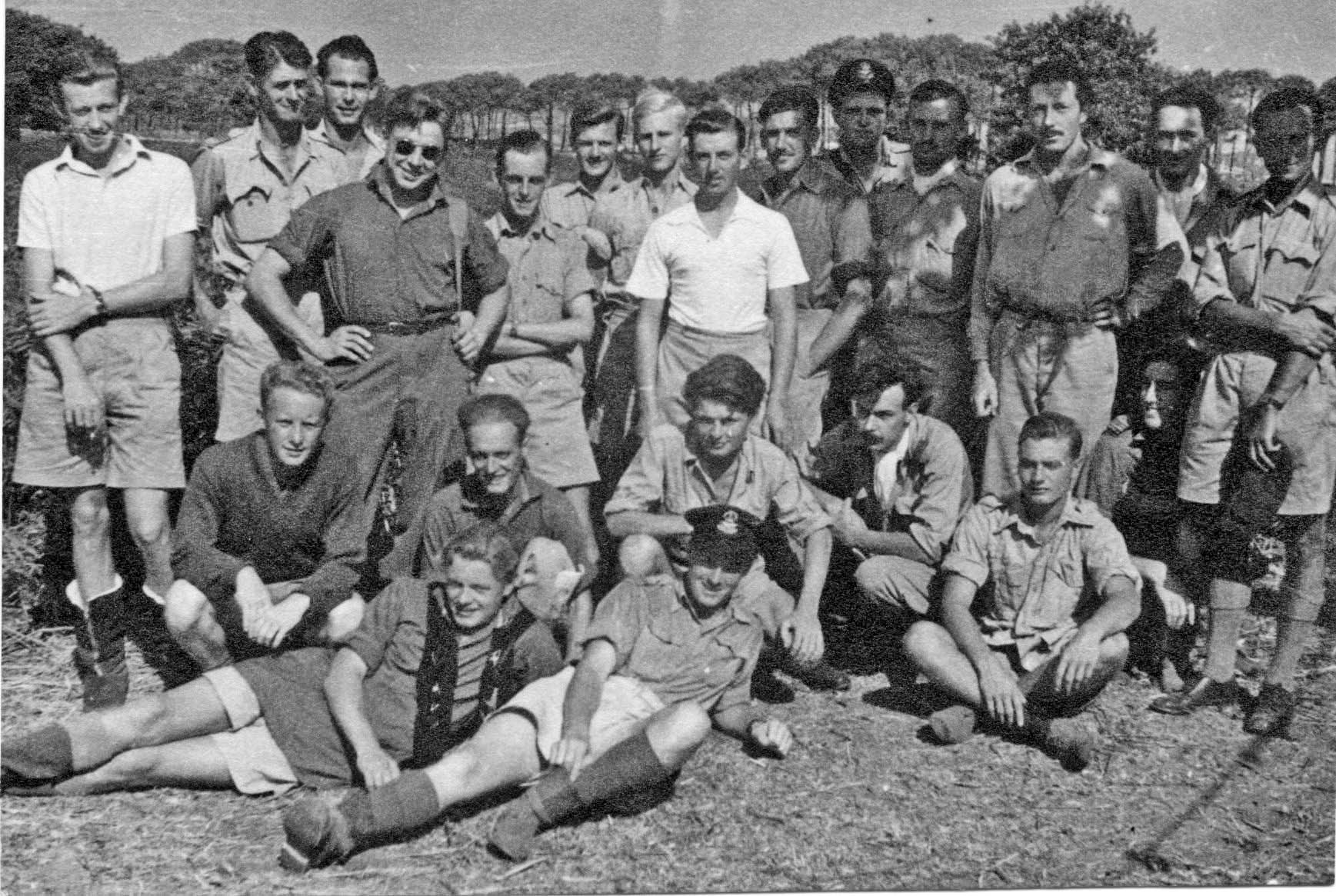 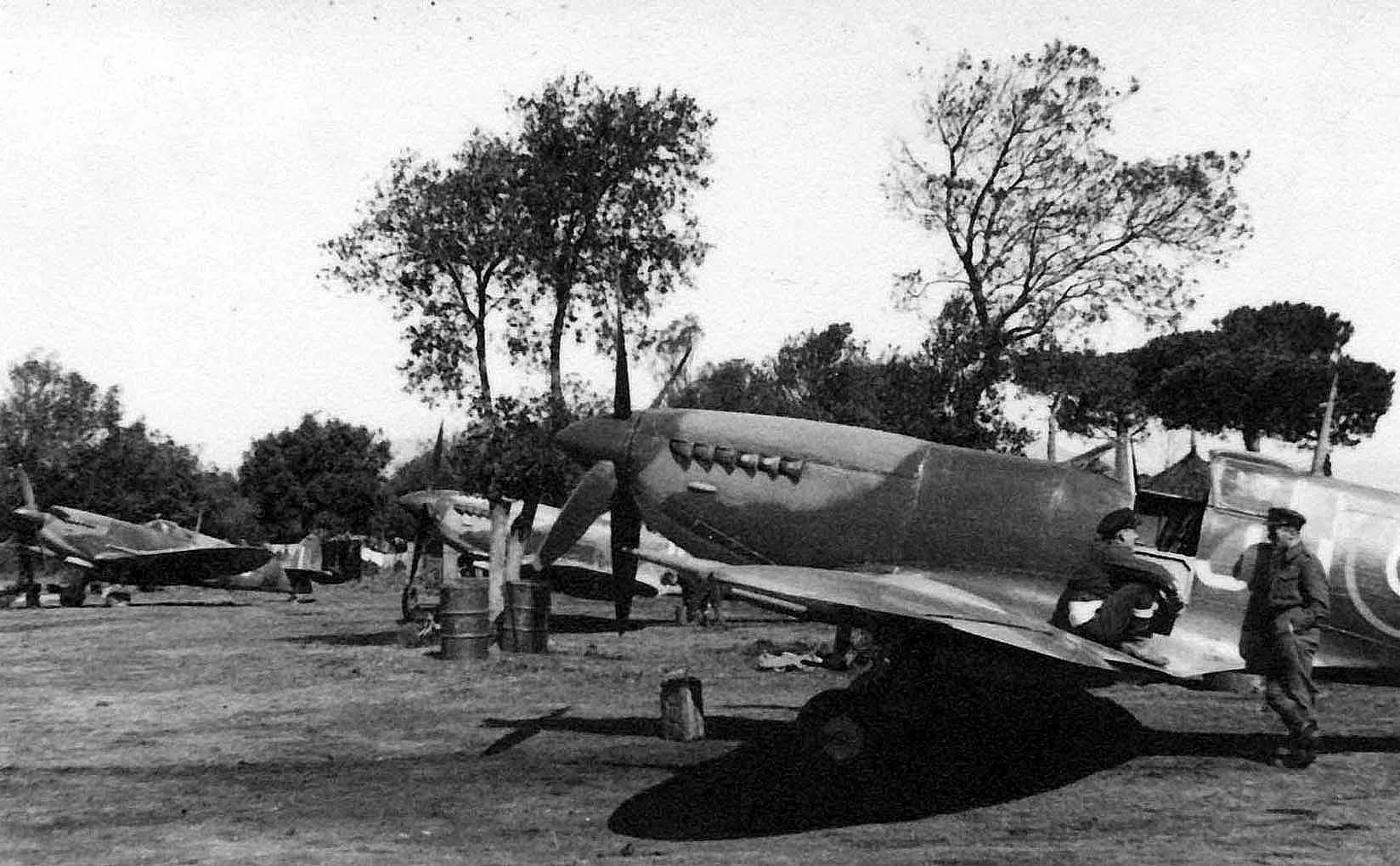 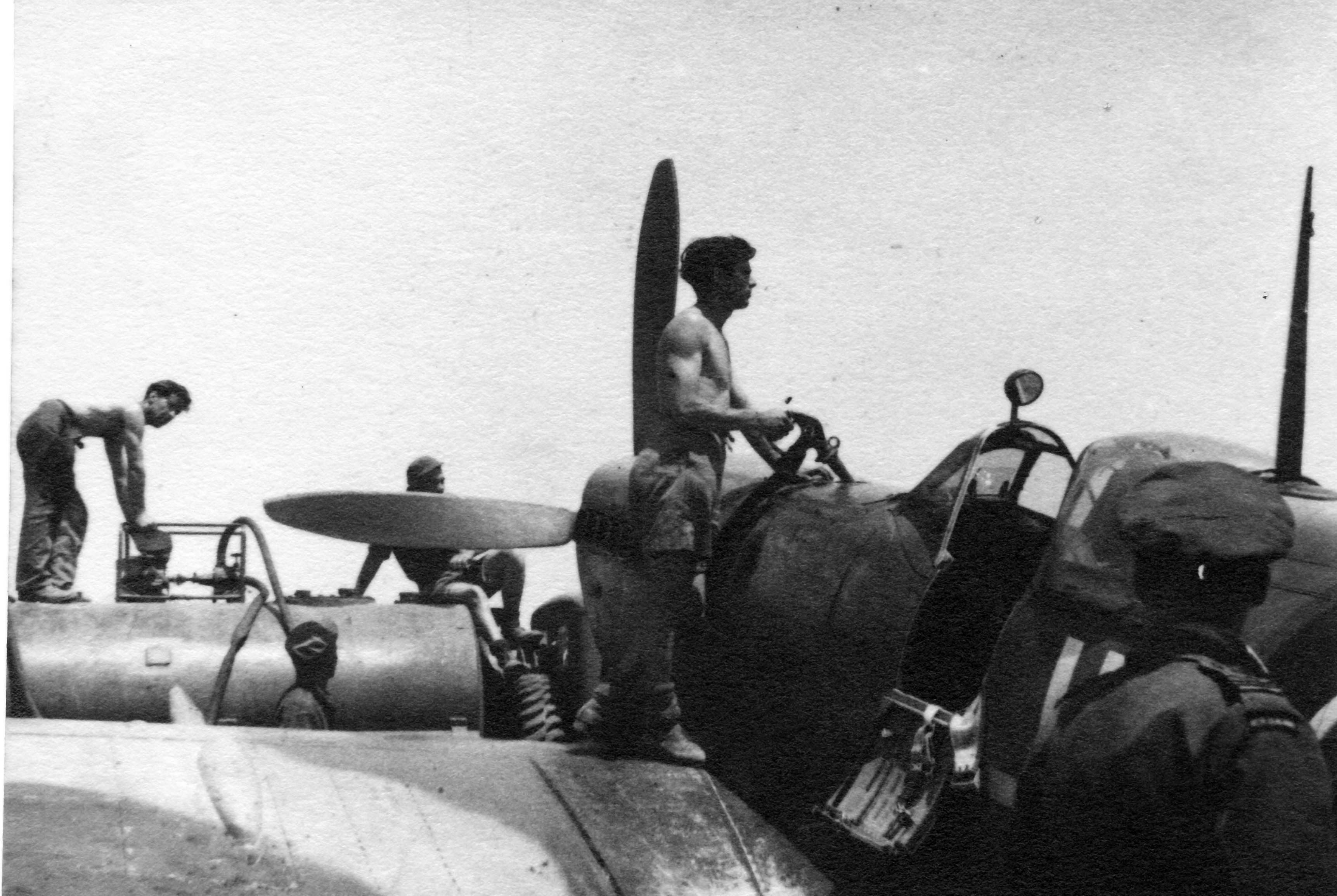 During the 12 month period between enlistment and call up all trainees were required to undertake a period of Air Force training at the nearest high school which was Kyabram.

Basic training at Somers (Victoria), the weather was bitterly cold. They slept on paillasses filled with straw on steel un-sprung beds, 20 to a hut wearing every stitch of clothing they possessed. The huts were unlined fibro cement.

The training was a mix of academic subjects, physical training and square bashing, the latter conducted by a drill sergeant who regularly suggested we had been born out of wedlock!

Thursday 11th of September 1941 – Dusty was selected for pilot training under the "Empire" training scheme.

Regular training continued at Somers until 10 October 1941. During this period they were advised that the pilot course of 165 would be posted to Southern Rhodesia.

Both ships stopped at Fremantle, Trincomalee in Ceylon (now Sri Lanka) arriving on the 24th November 1941 at Port Tewfik, Egypt. Pilot trainees were placed on small cargo ships and sailed for Rhodesia via Durban.

Dusty completed his flying training and was posted to RAAF 451 based at El Ballah on the Suez Canal in April 1943 until February 1944. On the 21st of November 43 he was escorting Winston Churchill to Cairo when his Spitfire hit a pot hole on the taxi way and nosed over spraying all and sundry with dust, dirt and prop parts. Churchill, being the leader he was, asked after him to see if he was OK.

Dusty was then posted to RAF 111 from March to September 1944. With the Germans in full retreat his squadron followed in hot pursuit from Sicily to Monte Casino, Sardinia, Marseille, Lyon, Anzio and Rome.

Dusty’s last operational squadron was RAAF 3. He was posted from January 1945 to the cessation of hostilities. At the end he enjoyed a well-earned break touring the Italian Lakes district and even making it into Austria.

He returned home in late October 1945 after being away for over four years.

Not sure about full serial numbers for Spit V's. I have added number without alpha prefix. You may add if you like.
reply
reply: John Engelsted Dusty Lane 2019-05-01 10:47:10