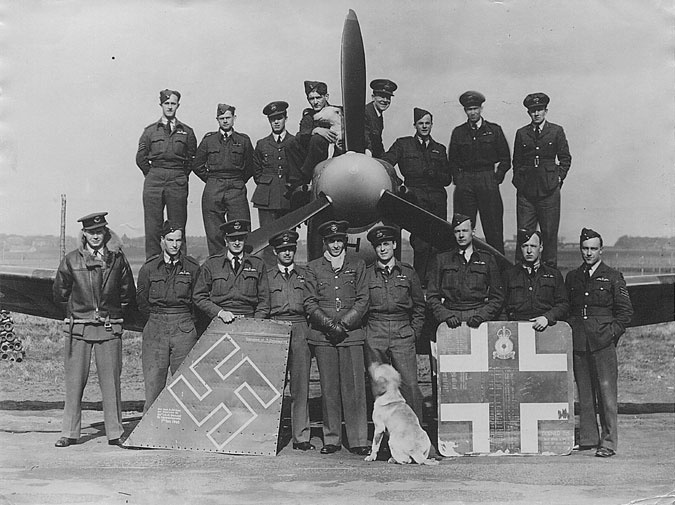 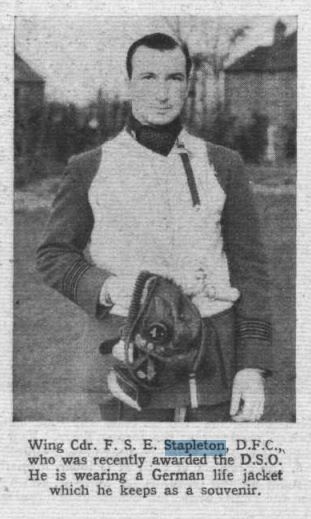 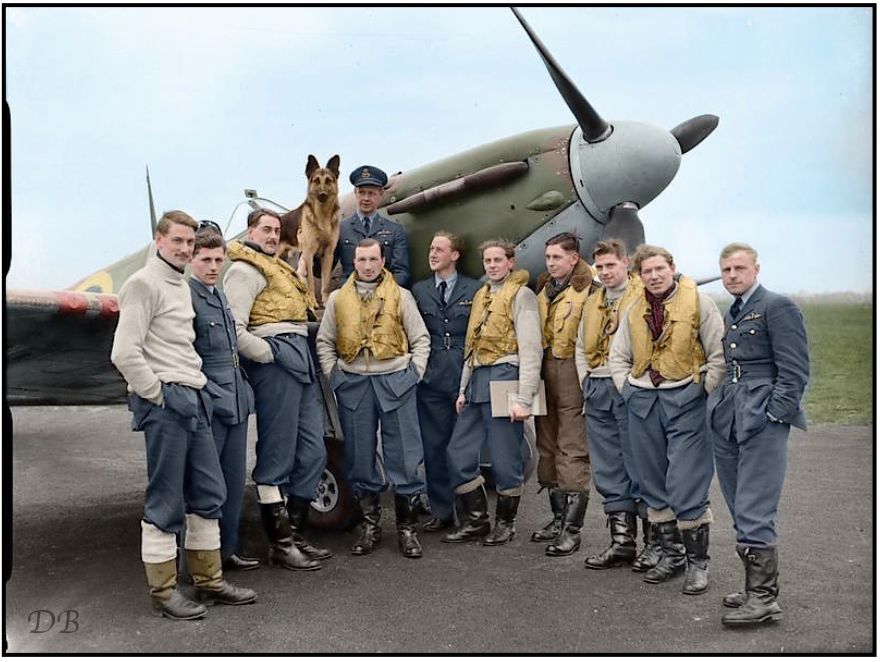 3 Mar 1936: Granted a Permanent Commission in the rank of Pilot Officer.

15 May 1945: Deputy Director of Operational Requirements.

Awarded a University Commission whilst at Downing College, Cambridge, he joined the RAF in 1936 and following flying training, he was posted to No 3 Squadron and shortly afterwards to No 87 Squadron flying Hurricanes at Debden. Despite his short operational career, he still managed to amass a total of seven destroyed, four probable and one shared and three damaged. Retired to Australia where he became a Management Consultant in Melbourne.

Citation for the award of the Distinguished Flying Cross.

This officer has led his squadron on almost every operational flight during its recent activities over enemy territory, in which the squadron has .destroyed at least twelve enemy aircraft. Two of these were destroyed by Wing Commander Stapleton himself. He has always displayed the utmost enthusiasm to seek out and destroy the enemy and has undoubtedly contributed materially to the successes obtained.”

Citation for the award of the Distinguished Service Order

Since June, 1941, this officer has participated in 47 operational sorties. Leading the wing with the utmost coolness and determination he has taken every opportunity to support the formations and to inflict damage on the enemy. Since being awarded the Distinguished Flying Cross he has destroyed 4 enemy aircraft, and has probably destroyed or damaged several others.”


This pilot flew fighter aircraft for the RAF in WWII, this record has come from the RAF Archives with a log book reference. The log book is available for viewing in the RAF London archives. The data we parsed includes pilot name, rank, awards, and log book dates - but little else, i.e. country of birth or aircraft flown. We have made country of birth the UK until users edit the pilot listing to make a correction, figuring a majority will be UK pilots. We do have a reference number for the operational log book(s) available in the RAF archives, in London, and the reference numbers include: Log Book accession no. X003-6077/001. If a user conducts research on this pilot and can fill in this pilot's biography further by clicking edit, or, can visit the RAF archives to inspect the log book(s) and add any aircraft serials or sortie details, this change will be reflected in your profile as recognition. Let us know if you visit the archives.