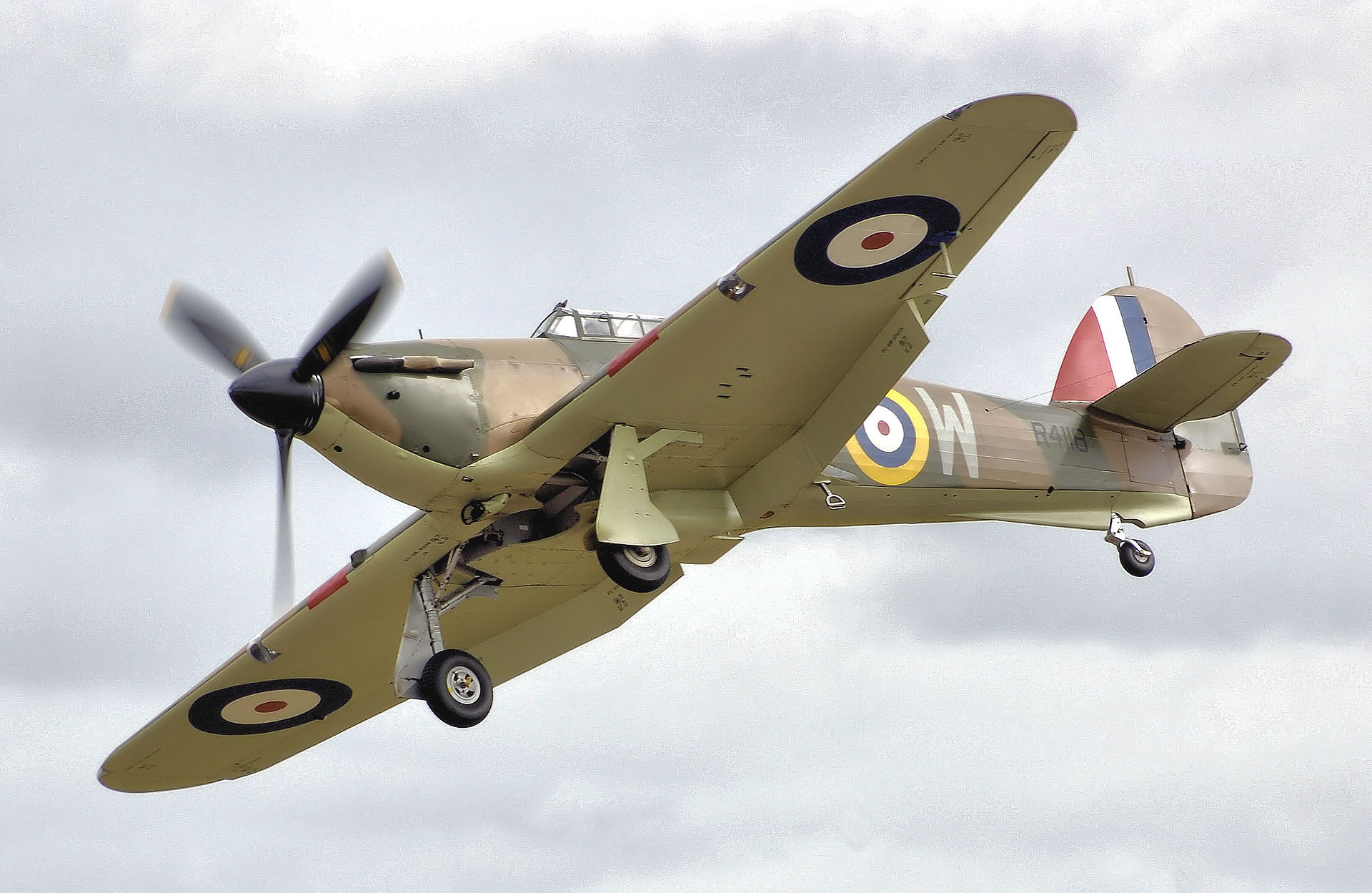 As we approach the major celebrations of the 75th anniversary of the Battle of Britain, it's only fitting we expand the site (it hasn't even launched yet) to include Hurricane pilots. Hurricane pilots were Spitfire pilots and vice versa, and the same goes for Typhoon, Mustang, and more. Given that more than half of the fighter aircraft in the Battle of Britain were Hurricanes, and being the 75th anniversary year, it makes sense to expand the site's coverage. Does that mean we need a new domain name, maybe? But not for now - it's kind of busy around here. What we don't have however, are Hurricane aircraft serial numbers to link to pilot pages as we have with the Spitfire. As a result (for now), users will have to make do with marker numbers, until we can get ahold of a Hurricane database for import (anyone happen have one lying around).

The Hurricane outnumbered the Spitfire, the RAF simply had more of them, but the Spitfire was the faster more capable fighter with better armour. As the battle progressed, the Spitfire generally engaged the Me-109s and the Hurricanes blasted the bombers. Once you get past these generalities, it would be great to see the numbers, by month, of enemy fighters shot down by each aircraft type. But this debate isn't one we're trying to jump into here, this site is about Spitfire pilots, and, once we get the Hurricane serial # database, we can do justice to this great fighter. In the meantime, feel free to add Hurricane pilots.

The Battle of Britain was a successful defence against operation Eagle, the Nazi air effort precluding the planned land invasion of England. It was truly up to "the few", largely Hurricane and Spitfire pilots, and the tactics of the group leaders to be a responsive and efficient as possible with resources (planes and pilots). Hats off to the few, a critical early success, and no doubt a key point in WWII. Allied pilots from the UK, Poland, Canada, NZ, France, Belgium, Australia, Holland, Argentina, Trinidad, South Africa, Norway, Finland, Czech and Slovaks alike, in fact, from all over -- rallied in defence of England and the free world at a critical time. All Canadian pilots participating in the Battle of Britain are now on the site -- awaiting user additions to the bios, images, links, and comments section. They are tagged, we'll get a link up shortly.