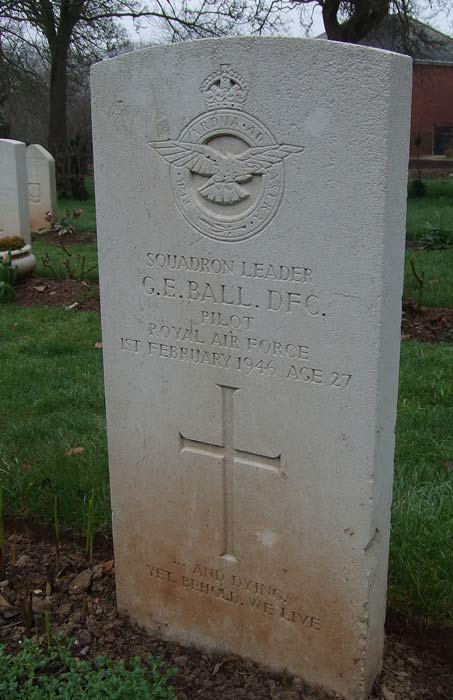 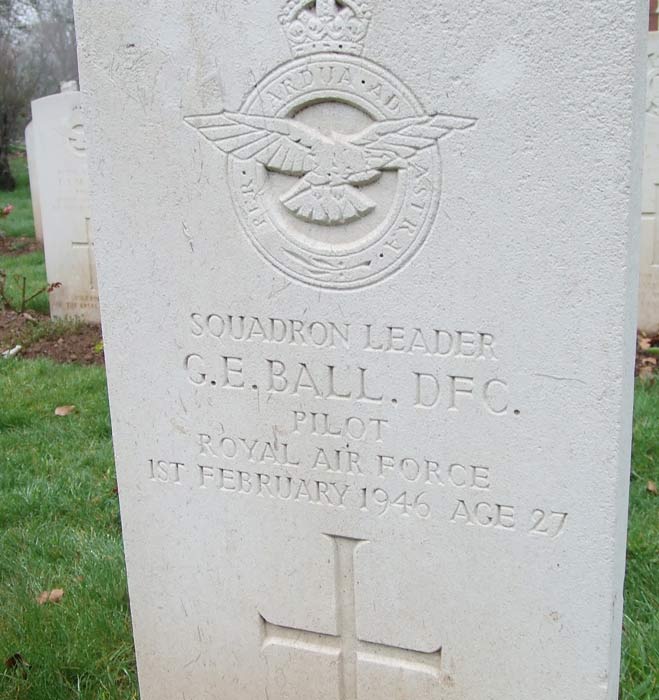 < = expand >
George Eric Ball, from Tankerton, Kent, was a candidate for a short service commission when he began his elementary flying training in April 1937. On 17th July he was posted to 7 FTS Peterborough and on completion of the course he joined 19 Squadron at Duxford on 19th February 1938.

Posted from 242 on 29th January 1941, he joined 73 Squadron in the Western Desert as a Flight Commander. On 11th April 1941, very soon after his arrival, Ball flew into a sandstorm and was forced down and taken prisoner.

After his release at the end of the war Ball was given command of 222 Squadron at Fairwood Common in October 1945. He was killed aged 27 in a flying accident on 1st February 1946 when Meteor III EE448 failed to recover from a spiral dive during an aerobatic practice near Fairmile in Devon.

He is buried in Exeter Higher Cemetery. Sec. Z.K. Grave 130.