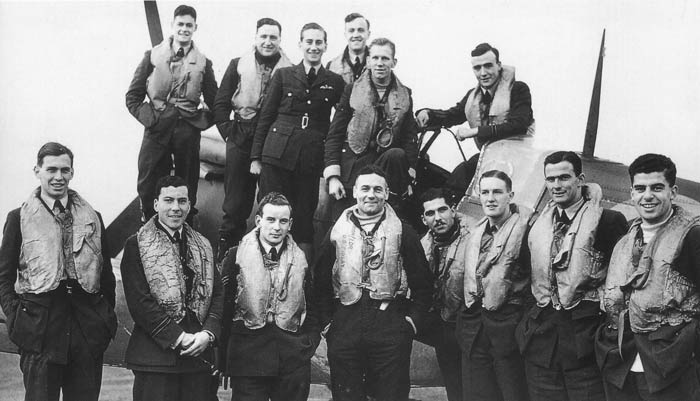 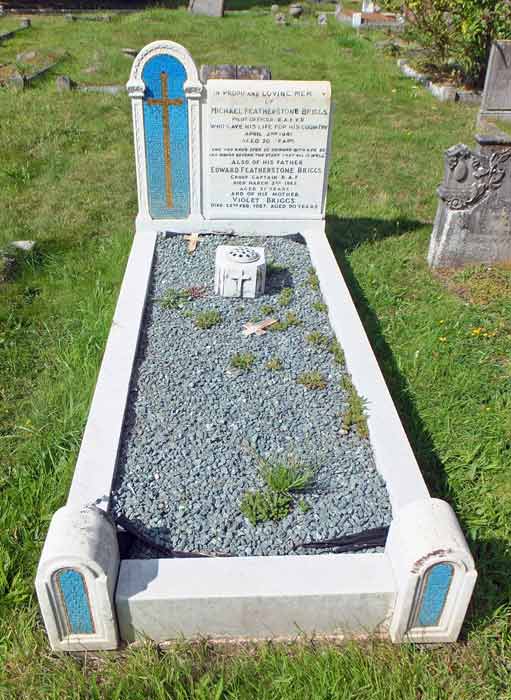 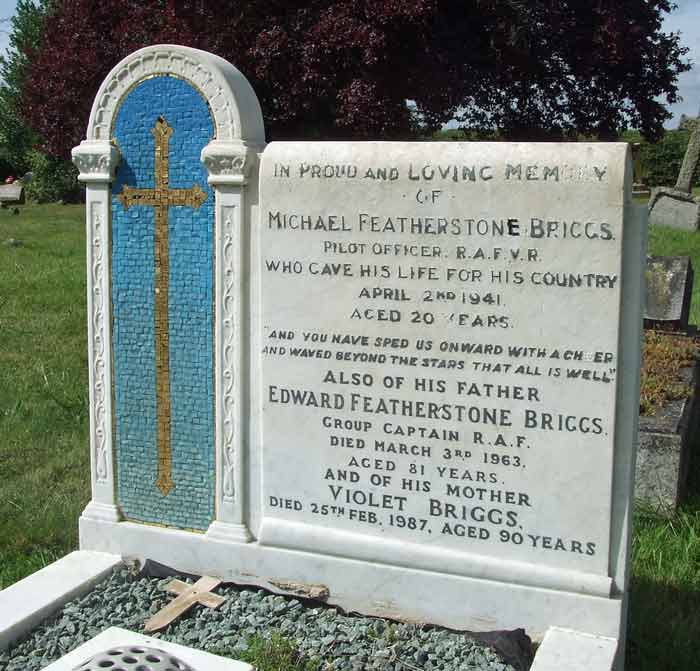 < = expand >
Michael Featherstone Briggs was born in Denham in September 1920 and lived at Walnut Tree Cottage, Cookham on Thames from 1931. He was educated at St Piran’s-on-the-Hill prep school, Maidenhead, and then Oundle. He matriculated in 1938.

He joined the test flight section of the Fairey Aviation Company in 1939 and the RAFVR in July that year. His training was carried out at Cambridge, Derby, Coventry and Montrose. He was commissioned as a Pilot Officer in September 1940 and joined 234 Squadron at St Eval on 6th October. He flew operational sorties for the remainder of the Battle.

On 4th November 1940 he was posted to 41 Squadron, known as the “100” Squadron (the first to destroy 100 enemy aircraft) at Hornchurch, under Squadron Leader Finlay, the Olympic hurdler.

Subsequently the squadron moved north to Catterick from where they flew convoy escort patrols over the North Sea.

Returning after a sortie on 2nd April 1941, with fog and low cloud drifting in off the sea, Briggs was unable to find the airfield. He finally ran out of fuel and undid his straps in order to bail out. Before he could do so, his aircraft hit rising ground above the village of Whashton and he was thrown out of the cockpit and killed outright.

He is buried with his parents at Cookham Rise Cemetery -Sec. F. Row F. Grave 6. His father was Group Captain E F Briggs , DSO and Bar, OBE, RAF, and his mother Mrs Violet Briggs. He is survived by a younger brother, Captain J W F Briggs, RN, who lives in Dorchester, Dorset.

There is a memorial to Michael Briggs carved on the stone seat close to the Tarrystone at Cookham. Photographs taken by him at Catterick are held at the RAF Museum, Hendon.