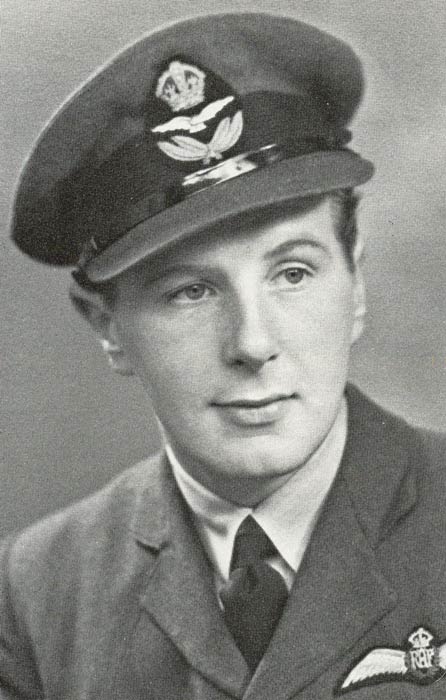 < = expand >
Dennis Owen Matthew Browne was born on 6th November 1918 in Willesden, Middlesex. His family moved to Hove and he was educated at Hove College and then Xaverian College, Mayfield from 1928 to 1934.

His first job was as a clerk at a small motor engineering company in Hove and from 1937 he was employed as a representative with another Hove company. Browne joined the RAFVR on 5th December 1937 as an Airman u/t Pilot. He began his flying training at 16 E&RFTS Shoreham. He successfully applied for a short service commission in the RAF, was discharged from the RAFVR on 16th October 1938 and posted to 6 FTS Little Rissington on the 17th. Browne was awarded his flying badge on 24th February 1939 and after completing his advanced flying training he joined 74 Squadron at Hornchurch on 15th April.

Browne was posted to No. 1 Squadron in France on 21st May 1940. The squadron moved westwards as the Germans advanced and finally the pilots flew their Hurricanes back to Tangmere on 18th June.

After reorganising, the squadron was declared operational again on 3rd July 1940. On the 19th Browne was one of a section which intercepted a He111 over the South Downs. The three pilots expended all their ammunition, without any apparent result. Browne continued to pursue the Heinkel until his Hurricane was set alight by return fire, causing him to make a crash-landing near Brighton. He got clear before the fuel tanks exploded. The He111 was shot down by Hurricanes of 145 Squadron five miles off Shoreham.

Browne failed to return from an afternoon engagement with Me109's and Me110's on 15th August 1940, off Harwich. His Hurricane, R4075, is believed to have gone down into the sea.

He was 22. He is remembered on the Runnymede Memorial, panel 7.