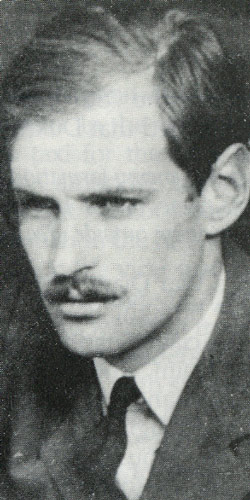 < = expand >
James Baird Coward was born in Teddington, Middlesex on 18th May 1915 and educated at Sutton High School. He joined the RAF as a candidate for a short service commission and began his initial training on 16th November 1936 at 9 E&RFTS Ansty.

He did his intermediate and advanced flying training at 2 FTS Digby from mid-February to September 1937. With his training completed, he joined 19 Squadron.

On 6th November 1939 Coward was posted to 266 Squadron, then reforming at Sutton Bridge, as 'A' Flight Commander.

Over Dunkirk on 2nd June 1940 he probably destroyed a Me109. Coward rejoined 19 Squadron, then at Fowlmere, from hospital on 27th June. He flew his first sortie on 6th July. He fell ill soon afterwards and did not fly operationally again until 28th August.

On 31st August he was shot down during an attack on Do17's ten miles East of Duxford. His guns had failed to fire, a common occurence with the early cannon-equipped Spitfires (X4231) trialled by 19 Squadron. Coward bailed out and on his descent had to fashion a tourniquet from his radio lead for his badly injured leg.

Landing in a field, he was found by civilians who who quickly contacted a doctor and within half an hour he was taken to Addenbrookes Hospital in Cambridge to have his left leg amputated below the knee.

Once recovered Coward was posted to Winston Churchill's personal staff, in charge of air raid precautions at Chequers and Chartwell. In early January 1942 he went on a three month refresher course at Hullavington, after which he was posted to 52 OTU Aston Down, to command a squadron.

Coward was sent on a course at RAF Staff College on 17th June 1944 following which he was posted to the Air Ministry, in charge of Fighter Operational Training.

After the war he held a series of staff appointments and commands, including Air Attaché to Norway in 1946 and Air Officer Commanding Air Cadets and Commandant of the Air Training Corps from September 1962 to June 1966.

Coward was awarded the AFC (gazetted 1st January 1954). He retired from the RAF on 8th September 1969 as an Air Commodore.

Coward and his wife then moved to Canberra, Australia.