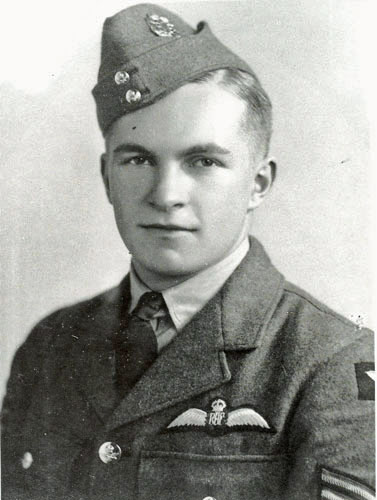 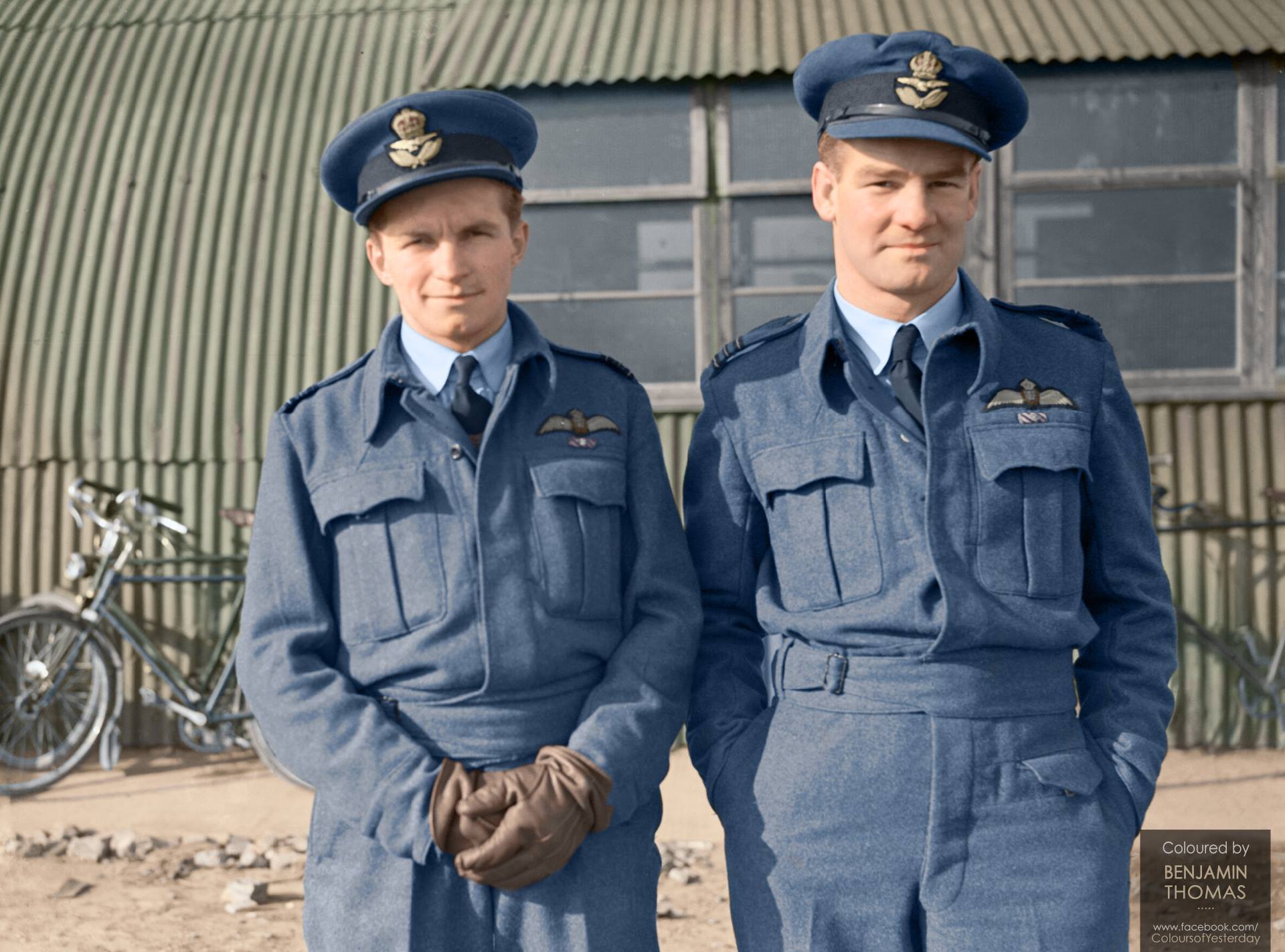 < = expand >
Denis Crowley-Milling was born at St. Asaph, Flintshire on 22nd March 1919, the son of a Lancastrian solicitor. He was an apprentice at Rolls Royce. While out in his Morgan three-wheeler he came across the Cobham aerial circus and a joyride started a passion for flying, he joined the RAFVR in November 1937 as an Airman u/t Pilot.

Called up on 1st September 1939, he completed his training, was commissioned in April 1940 and arrived at 5 OTU Aston Down on the 20th. After converting to Gladiators and Spitfires, he was posted to 615 Squadron in France on 14th May.

After the squadron was withdrawn, Crowley-Milling was posted to 242 Squadron at Biggin Hill on 6th June 940. He went with it to France on 8th June to help cover the retreat of the Army to the Atlantic ports.

The last of the 242 pilots left France on the 18th and went to their new base at Coltishall. On 31st August 1940 Crowley-Milling claimed a He111 destroyed and on 7th September a Me110. On this day his Hurricane, P3715, was damaged in combat over the Thames Estuary and he made a forced-landing on an old aerodrome at Stow-St Maries.

On 15th September Crowley-Milling destroyed a Me109 and on the 17th he shared in the destruction of a Ju88.

On 8th February 1941 he shared a Do17 off Clacton, on the 15th he damaged a Ju88 and on 1st April he probably destroyed another.

On 13th June 1941 Crowley-Milling was posted to 610 Squadron at Westhampnett as a Flight Commander. He was soon in action, sharing a Me109 on 21st June and probably destroying another four days later. On 21st August Crowley-Milling was shot down over France on Circus 91 in Spitfire Vb W3455 near Ergny.

Crowley-Milling was sheltered for the night by a farmer who next morning bicycled with him to a friend's house where he was fitted out with civilian clothes over his uniform. He moved on to an MI9 escape organisation safe house at Renty, but was at first suspected of being a German posing as an RAF pilot, and came close to being shot. But he was issued with a false identity card and on 27th August a St. Omer shoemaker collected him by car and the next day accompanied him by train to Lille where he joined up with a Czech sergeant pilot.

En route for Paris he was provided with new papers by the Abbe Carpentier at Abbeville. In Paris he was lodged overnight in a brothel. In the morning he was assisted by the Pat O'Leary escape line. He took a train for Marseilles and there was sheltered by Georges Rhodocanachi, a Greek doctor whose son, Kostia, had by chance been a fellow Rolls-Royce apprentice.

Shortly afterwards Crowley-Milling was conducted on foot across the Pyrenees into Spain where he was arrested by the Civil Guard. He was held prisoner at the Miranda concentration camp and contracted paratyphoid. He was repatriated by way of Gibraltar and was soon able to resume command of his flight in 610 squadron.

On 1st September 1942 Crowley-Milling was promoted and posted to Duxford, to form and command 181 Squadron, which he did until August 1943. He then briefly led 16 Typhoon Bomber Wing but because of problems with his eyesight came off operations in October to go to HQ USAAF at High Wycombe, to coordinate fighter operations with B-17 daylight attacks.

He was awarded the DSO (gazetted 24th December 1943). When he came off operational flying he had made 431 sorties.

In June 1944 Crowley-Milling was posted to the Air Ministry, Operational Requirements. He was granted a permanent commission in 1945 and took part in the first Battle of Britain flypast in that year.

In 1947 he was posted to Egypt to command 6 Squadron, made up of Tempest fighters and then Vampire jets. It was busily operational from the Canal Zone during the Palestine troubles.

From 1950 to 1952 Crowley-Milling was personal staff officer to the C-in-C Fighter Command, moving on to RAF Odiham. While there he led the Meteor wing in the Coronation flypast. Appointments followed at RAF Staff College, Fighter Command and Central Flying Establishment, and in 1962 he received command of RAF Leconfield.

This was followed by appointments as Air Officer Commanding Hong Kong and Air Operational Requirements Director, Ministry of Defence. From 1967 to 1970 he was Commander RAF Staff and Principal Air Attache in Washington. While there Crowley-Milling was responsible for setting up the arrangement under which the US Navy obtained Harriers.

Returning home he took command of the RAF's tactical 38 Group, moving in 1973 to 46, its transport group. Finally, he served on the Permanent Military Deputies Committee, Central Treaty Organisation, in Turkey.

Crowley-Milling retired from the RAF on 29th July 1975 as an Air Marshal.

He was appointed Controller of the RAF Benevolent Fund where he had introduced the International Air Tattoo, now a popular annual fund raising event, presided over for many years by Sir Douglas Bader. Following Bader's death in 1982 he worked devotedly for the Bader Foundation and its annual sponsored flying scholarship scheme to teach disabled people to fly.
He was made a CBE (gazetted 1st January 1963), KCB (1973) and appointed Gentleman Usher of the Scarlet Rod to the Order of the Bath in 1979.

In 1992 he was appointed Master of the Guild of Air Pilots and Air Navigators.