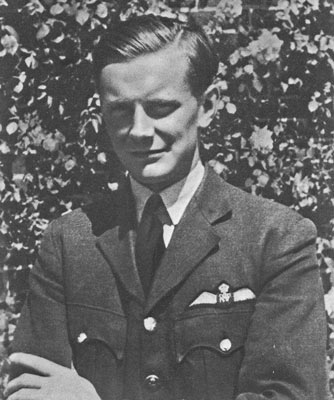 < = expand >
Paul John Davies-Cooke attended Shrewsbury School from 1930 to 1935 and then went to Trinity College Cambridge.

He joined 610 Squadron Auxiliary Air Force in 1937 and was commissioned in July.

He relinquished this commission on 18th March 1939 when he joined the RAF on a direct-entry permanent commission as a University Entrant. He completed his training and went to 10 B&GS as a staff pilot.

On 8th January 1940 Davies-Cooke joined 613 Squadron at Odiham from Annan, which was a satellite landing ground for 10 B&GS.

In August 1940 Davies-Cooke volunteered to serve in Fighter Command. He arrived at 7 OTU Hawarden on 22nd August and after converting to Spitfires rejoined 610 Squadron at Biggin Hill on 3rd September. He moved to 72 Squadron, also at Biggin Hill, on the 20th.

Davies-Cooke was shot down by a Me109 over Sevenoaks on 27th September. He baled out but fell dead near Hayes Station.

Eyewitnesses claimed that Me109's had fired on him while he was descending by parachute.

His Spitfire, N3068, crashed into numbers 70 and 72 Queensway at West Wickham. The only civilian casualty was Mrs Carpenter, from No 66 'injured in the shelter', presumably belonging to either No 70 or 72.

He is buried in Rhydmwyn (St John) Churchyard, , Cilcain, Flintshire - South side of Church.