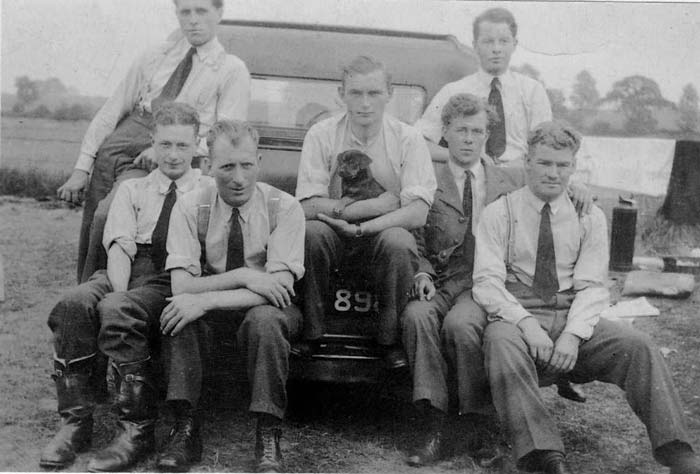 < = expand >
Jack Davis joined the RAF as an Aircraft Apprentice on 25th January 1933 and passed out on 30th January 1935 as a Clerk, he later applied for pilot training and was accepted.

On the 31st Davis, Fg Off AC Deere and Plt Off E F Edsall were caught in a bombing attack on Hornchurch as they look off. Davis's aircraft just cleared the boundary fence and then crashed in the River Ingrebourne.

Rescuers arrived to find an empty cockpit. Davis turned up some time later carrying his parachute. Having found no gap in the boundary fence he walked right round and came back in at the main gate.

His subsequent service is currently undocumented until he was commissioned in October 1942.

Davis was awarded the AFC (gazetted 3rd April 1945) and stayed in the postwar RAF, retiring on 6th June 1959 as a Squadron Leader.