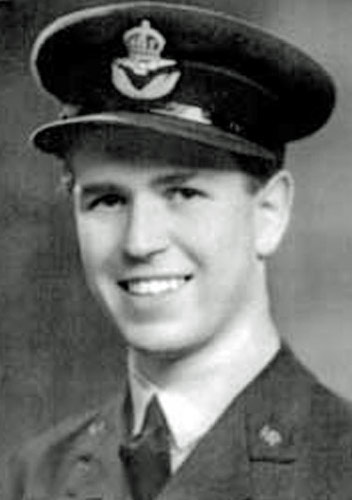 < = expand >
Robert William Foster was born in Battersea, London on 14th May 1920. He worked for Shell and BP after leaving school and on 1st May 1939 he joined the RAFVR as an Airman u/t Pilot.

Called up on 2nd September, Foster went to No. 1 ITW Cambridge on 10th November and moved to 12 FTS Grantham on 30th December. After completing his flying training he arrived at 6 OTU Sutton Bridge on 3rd June 1940 to convert to Hurricanes.

The squadron left for overseas in June, embarking in the troopship Highland Chieftain on the 19th for Australia, to take part in defence against the Japanese. 54 arrived on 7th September 1942 and was based at Richmond, New South Wales. On 17th January 1943 it moved to Night Cliff, Darwin.

Foster got the squadron's first victory on 6th February, a Mitsubishi Dinah. Between 15th March and 6th July 1943 he destroyed four Mitsubishi Bettys, probably destroyed two others and damaged a Betty and a Zeke.

On 2nd February 1944 Foster left Australia for the UK. He joined the Air Information Unit on April 29th and went with it to the Continent on 1st July.

He was posted to HQ Fighter Command on 7th October 1944, staying there until 11th June 1945, when he went to RAF Bentwaters initially as Adjutant and later becoming Senior Admin Officer.

Foster was released from the RAF on 27th February 1947 as a Squadron Leader. He resumed his career with Shell and BP and served with 3163 Fighter Control Unit, Royal Auxiliary Air Force from 1948 until 10th March 1957 when the force was disbanded.

He retired from the oil industry in 1975.

He became Chairman of the Battle of Britain Fighter Association in 2009.

Foster died on 30th July 2014 after several months of illness.

His funeral in Hastings was overflown by Hurricane R4118, which he had flown in action in the Battle of Britain.