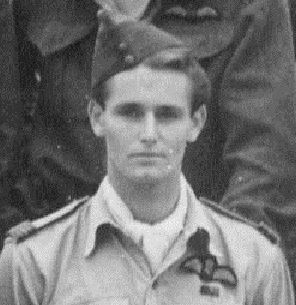 From 'Aircraft in bushfire management in Western Australia'
By Roger Underwood

The most memorable pilot I knew was the Honorable Anthony Edgerton-Green, an English aristocrat.

Tony started with us in the early 70s as a spotter pilot but graduated to fly the Islander on aerial burning and photographic missions. He was already aged well into his 60s by then. I used to think he had come to us from Central Casting.

He had been a fighter pilot flying a Spitfire in the last years of the war, spoke in a beautiful upper-crust English accent, was always immaculately dressed, had a handlebar moustache and a gap between his front teeth like the actor Terry-Thomas.

It was Tony who taught me to fly, first in the Cessna 150 and then in the Islander...although I noticed he always had his hands and feet on the controls when I was in charge!

Tony was a very laid-back character, and I only ever once saw him look anxious. He and I had flown back from Walpole to Manjimup after a job down there, but when we got to Manjimup the whole district was socked in under dense smoke. We couldn’t find the airstrip, and we were very low on fuel.

“Its got be down there somewhere” said Tony, and down he went through the smoke. Eventually we broke into the clear to find ourselves about 30 feet off the ground and flying between huge old ringbarked karri trees on farmland near Deanmill.

I had not known previously that people could actually turn white underneath a tan, or that the old Islander had such a fantastic rate of climb!

On another occasion Bob Chandler was flying a photographic mission with Tony at the Islander’s usual leisurely pace, not far above the canopy of the forest, when an RAAF F1-11fighter bomber streaked through, flying between Tony and the tree tops.

“Cheeky young buggers” said Tony, his thumb closing on an imaginary firing button on his joystick.