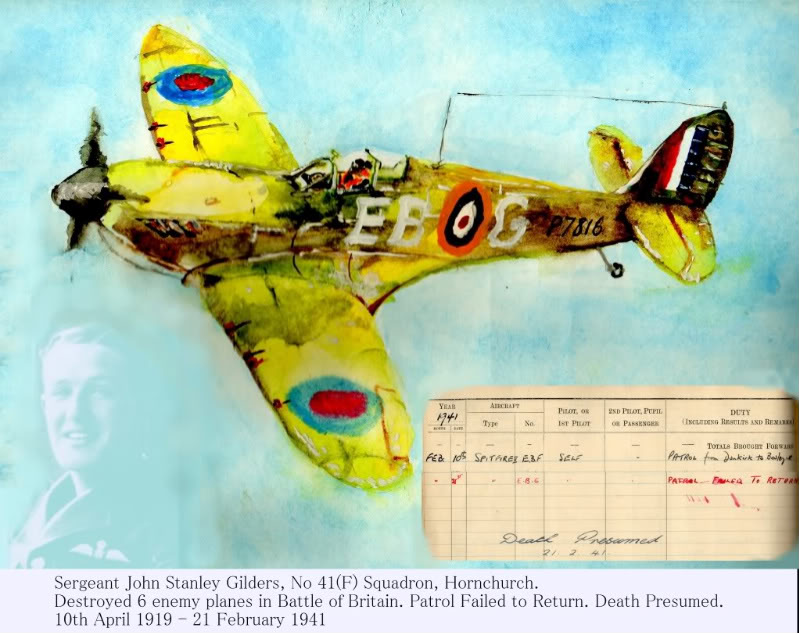 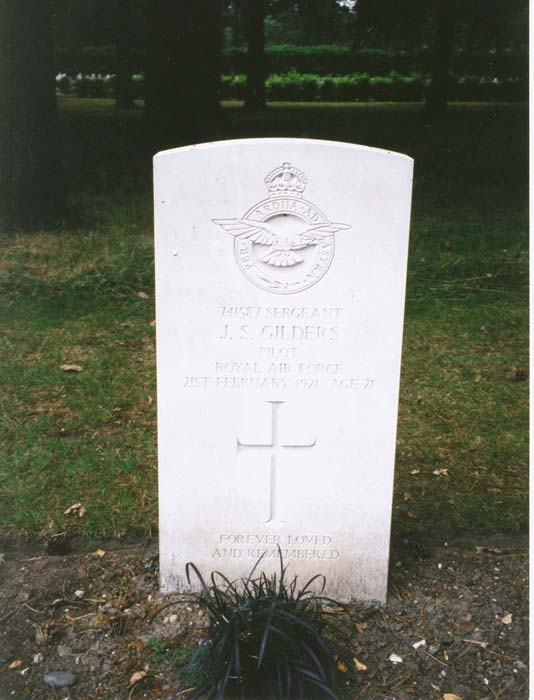 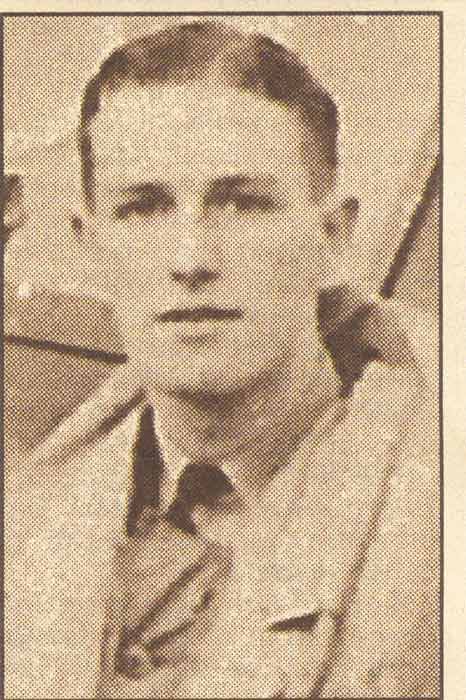 < = expand >
John Stanley Gilders was born in Deal, Kent on October 4th 1919, the son of an accountant. Mr Gilders senior went to Brazil to work for Unilever in the early twenties and Gilders' early years were spent there. On return to Britain, he finished his education at Bancroft's School, Woodford Green.

On May 21st 1938 Gilders joined the RAFVR and began flying at 18 E&RFTS, Fairoaks and soloed on June 11th. Called up on September 1st 1939, he was posted to No 1 ITW at Cambridge on November 6th. Gilders went to 3 ITS, South Cerney on February 1st 1940 and with the course completed he joined 72 Squadron at Acklington on June 15th. He was slightly injured in a night-landing accident on August 22nd in Spitfire N3221.

72 Squadron moved to Leconfield on October 19th. Gilders went to 616 Squadron at Kirton-in-Lindsey on November 8th but on the 26th he joined 41 Squadron at Hornchurch. Gilders was killed on February 21st 1941 when his Spitfire P7816 dived into soft ground near the Great Stour River at Chilham, Kent and buried itself.

Although Gilders is remembered on the Runnymede Memorial, Panel 43, it always seemed certain that he went in with his aircraft. In 1990 the crash site was located but in spite of requests by Gilders' family for the wreckage to be excavated and for him to be given a proper burial, the owner of the land would not permit access, even for family members to place flowers.

In April 1994 the site was investigated with a new owners permission and Gilders' body was found. The recovery operation (by Mark Kirby) was done with the co-operation of the Gilders family. On May 12th 1995 Gilders was buried in Brookwood Military Cemetery, ( (20. E. 15) with full military honours.