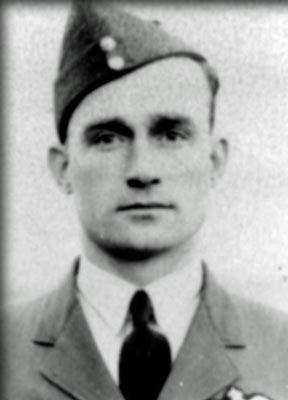 < = expand >
Edward Graham was born on 21st June 1911 in Ebbw Vale, Monmouthshire. He went to Wellington School, Somerset from 1923 to 1929. After leaving he worked for a road and dam building-contractor in Argyll and Brecon, doing general office work and as a timekeeper.

About July 1934 Graham enlisted in the RAF Reserve and began flying training at the Bristol Flying School at Filton as an Airman u/t Pilot. He was released from the reserve when he joined the RAF on a short service commission in September 1935.

Graham was posted to 4 FTS Abu Sueir on 23rd November. With the course completed Graham joined 41 Squadron at Sheik Othman, Aden on 24th April 1936 and later in the year he returned with it to the UK.

On 22nd March 1937 Graham was posted to 72 Squadron when it was reformed at Tangmere.
In April 1939 the squadron exchanged its Gladiators for Spitfires. Graham was appointed 'B' Flight Commander on 1st September 1939.

At Christmas 72 was at Drem but moved to Acklington in early 1940. From 1st to 6th June the squadron was based at Gravesend to support the Dunkirk evacuation.

On 1st July Graham shared in destroying a He59 seaplane.

On 15th August 1940 the squadron intercepted a large force of bombers of Luftflotte 5, flying from Norway and escorted by Me110's, 40 miles east of the Faroe Islands. This force was broken up and forced to retire, seeking cover in the large masses of clouds.

On 2nd September Graham damaged a Me110. His Spitfire X4262 was damaged by return fire in the vicinity of the fuel tank and he made a forced-landing at Lympne.

At night on 7th September Graham's propeller stopped at the end of the runway at Croydon as he was landing, out of fuel. On the 11th he damaged a Me109. 72 returned to Biggin Hill on the 12th.

Graham took command of 72 on 21st September as an Acting Squadron Leader when the CO, S/Ldr. AR Collins, was posted away as non-effective sick. He led it until early March 1941, when he was posted to Catterick as Senior Sector Operations Officer. In 1942 he became Station Commander at Acklington.

Graham went to HQ 13 Group at Newcastle in early 1945 and at the end of the year he was posted to India, to command RAF Ranchi. In 1946 he was serving with the UK Mission to Australia and New Zealand, planning the setting up of forces in Japan.

He held various appointments at home and overseas prior to his retirement from the RAF on 27th December 1958 as a Wing Commander, retaining the rank of Group Captain.