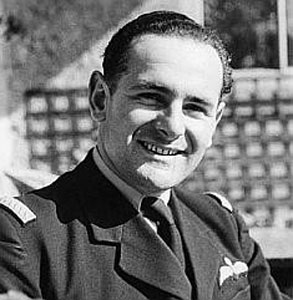 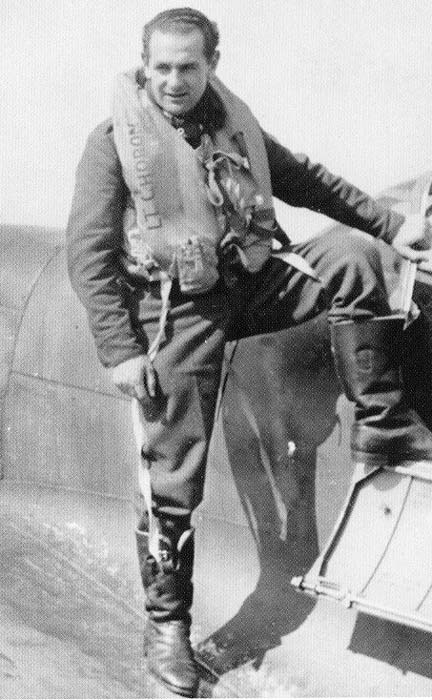 < = expand >
Maurice Philipe César Choron was born on 7th November 1911 at Bethisy-Saint-Pierre, NE of Paris. He made his first flight at the new L' Oise Aero Club at Crepy-en-Valois and was the first pupil to be instructed there. After gaining his pilot's licence, Choron did his military service with l'Armee de l'Air and was released to the Reserve as a trained pilot.

He decided upon a career in aviation and became an instructor at several aero clubs in eastern France and Corsica. As Chief Pilot of the club at Bastia, Choron became friendly with Michael Lister Robinson, who was there on leave from the RAF. They would later serve together in 1941.

Choron was called up at the outbreak of war. After the French collapse he left France from Port Vendres on 24th June 1940, catching a passing British convoy and embarking on the SS Apapa. Many Belgian airmen also boarded this ship. Choron landed in Liverpool on 7th July and after assessment at RAF St. Athan he was posted to No. 1 School of Army Co-operation at Old Sarum on 29th July. He moved to Odiham on 10th August for a week flying Tiger Moths and Hectors.

On 18th August Choron moved to 5 OTU Aston Down to convert to Spitfires. He joined 64 Squadron at Biggin Hill on 11th September. He claimed two Me109's destroyed on 21st December. In July 1941 Choron was posted to 609 Squadron at Gravesend, under the command of his old friend S/Ldr. ML Robinson. Flying as Robinson's No. 2 on 24th August, Choron destroyed a Me109 off Dunkirk.

At the end of his tour in September 1941, Choron was awarded the Croix de Guerre (Fr) and posted to 53 OTU Heston as an instructor. Choron returned to operations on 8th April 1942 when he joined 340 (French) Squadron at Redhill. Two days later the squadron went on its first offensive sweep, as part of the Tangmere Wing. ML Robinson, now a Wing Commander, was leading the wing at the head of 340 Squadron, with Choron as his No. 2. The wing was attacked by a large force of Fw190's. Neither Choron, in Spitfire Vb BL761 ML-U, or Robinson returned to base and both were reported 'Missing'.

His rank at the time of his death was Lieutenant de Reserve. Choron was later appointed a Compagnon de la Liberation. Post-war investigation suggests that his aircraft may have been that seen crashed inverted by schoolboys at the time at Beutin, 4 miles NW of Montreuil-sur-Mer.

The Reveil of Berck