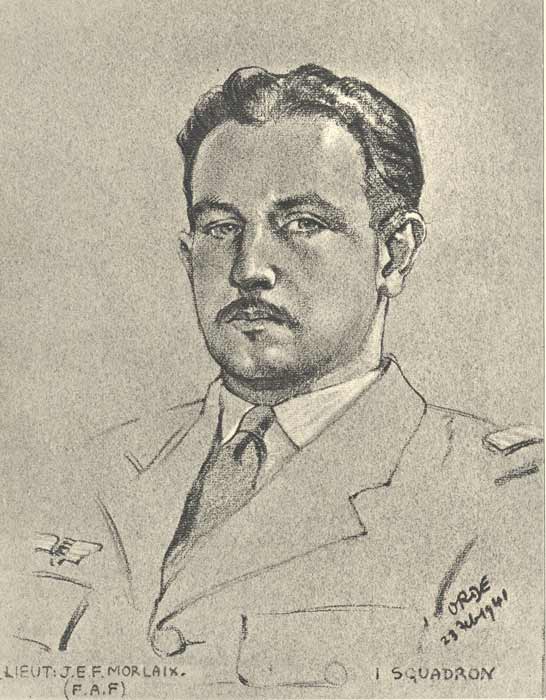 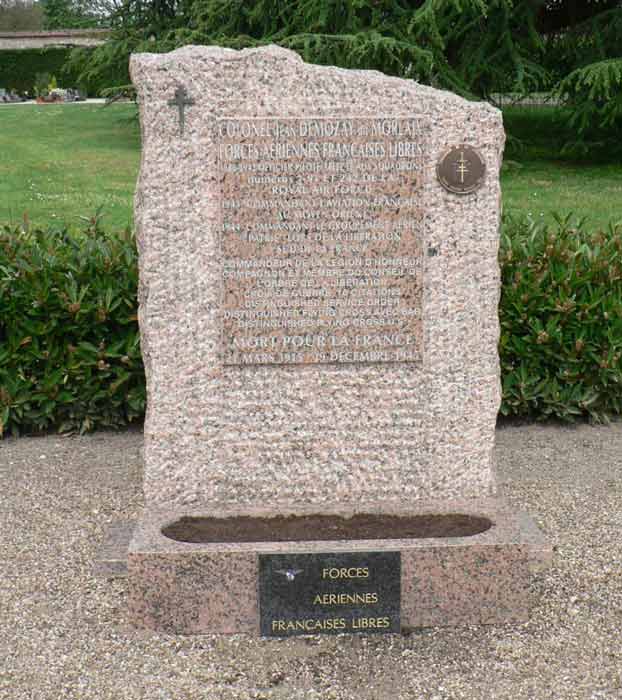 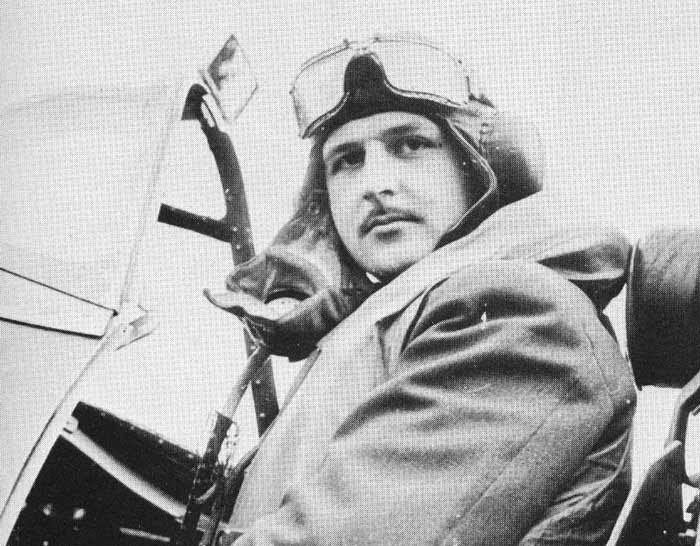 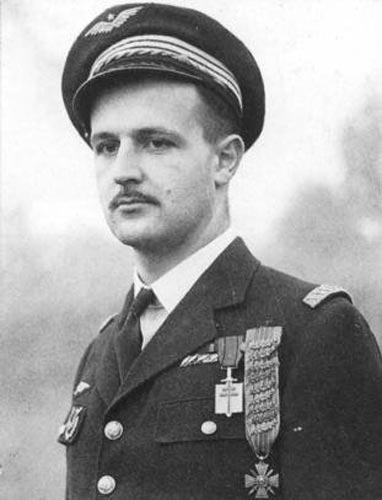 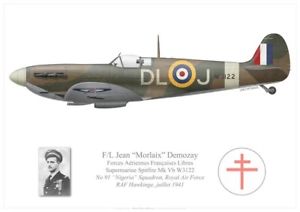 < = expand >
Jean Demozay was born in Nantes on 21st March 1916. He joined the l'Armee de l'Air in 1936 but was invalided out on medical grounds and became a pilot with a civil airline.

In September 1939 he was a liaison officer at HQ RAF Rheims. He transferred to the Operations Room at 67 Wing, Bussy-la-Cote in December. In January 1940 Demozay was appointed official interpreter to No.1 Squadron and was with them until the squadron was withdrawn to England on 18th June. He was left on the airfield at Nantes with sixteen groundcrew, who were to travel to La Rochelle by lorry. A Bristol Bombay stood on the airfield with full fuel tanks but had been left because it had a broken tail-wheel. This defect was swiftly put right and Demozay flew himself and the airmen out of France, heading for Tangmere but at the request of his passengers he put down at Sutton Bridge.

At Free French HQ he asked to stay with the RAF and went to 5 OTU Aston Down for conversion to Hurricanes and then joined No. 1 Squadron at Wittering on 16th October 1940. He damaged a Ju88 on 8th November and destroyed a Me109 a few days later.

Demozay claimed a Me109 on 24th March 1941, a He111 at night on 10th May and a Me110 shot down into the sea on the 25th. Demozay was posted to 242 Squadron at North Weald on 21st June 1941. The next day he destroyed a Me109 and another on the 23rd. He left 242 on the 29th and joined 91 Squadron at Hawkinge as a Flight Commander. On 10th July Demozay probably destroyed a Hs126 on the ground and damaged another, on the 16th he got a probable Me109 and on the 17th he strafed and sank a German minesweeper. Between 26th July 1941 and 2nd January 1942 Demozay claimed eleven Me109’s destroyed, including one on the ground, one probably destroyed and another four damaged, including two on the ground.

Posted then to HQ 11 Group for a rest, he returned to 91 Squadron on 25th June 1942 as CO. Demozay destroyed a Fw190 on 23rd September and two more on 31st October. In February 1943 he was posted to North Africa to form a flying school for Free French pilots. Recalled to London in April 1944, he was sent on a mission to the USSR and on 9th August 1944 he took command of a Free French bomber group. Demozay was made Deputy Commander of all flying training schools in France on 24th October 1945.

He was killed on 19th December 1945 when the aircraft in which he was flying back from London crashed at Loges en Josas, 12 miles SW of Paris in the department of Yvelines. The aircraft was a NC 701 Martinet (French-built Siebel Si-204) and Lt. Col. GS Naves was also killed. Demozay is buried at Beaugency, near Orleans

1 Sqaudron Hurricane
Hawker Hurricane Mark IIC (Z2909/JX-K) from No. 1 Squadron, Redhill, England, May 1941. Lt. Jean Demozay obtained his third kill with this entirely black plane shooting down a He-111 during the night of 10-11 May 1941. Three days later he was promoted to Command ‘B’ flight of No. 1 Squadron. ‘Morelaix’ (Demozay’s code name in the FAFL –Free French Forces) ended the war with 18 confirmed kills and two probables which made him the third French WW2 ace.