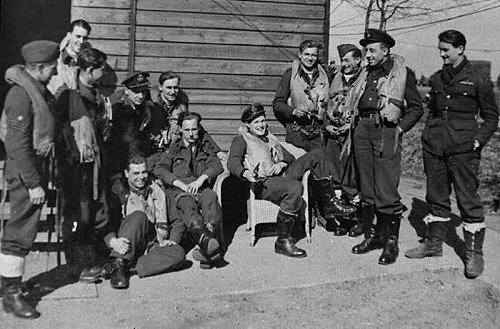 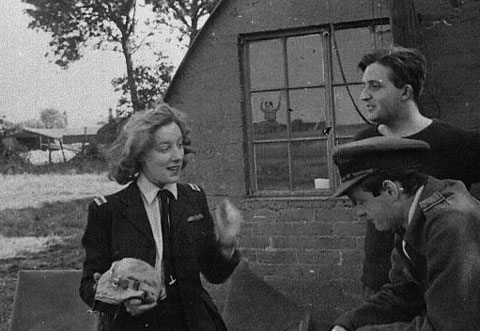 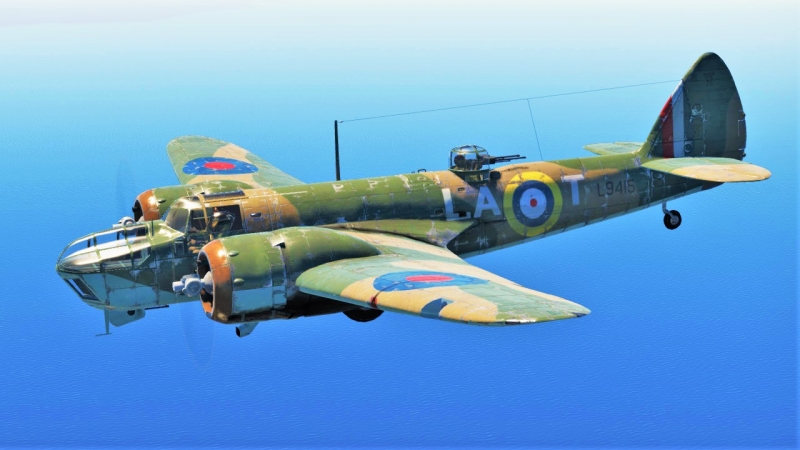 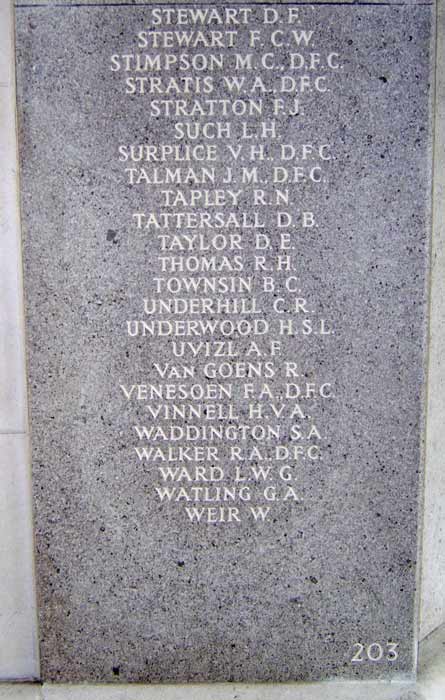 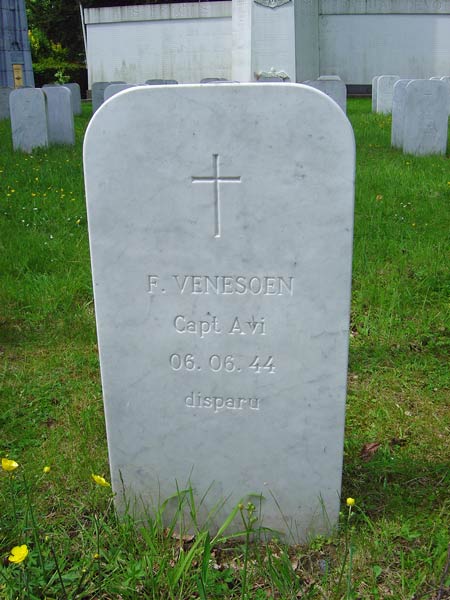 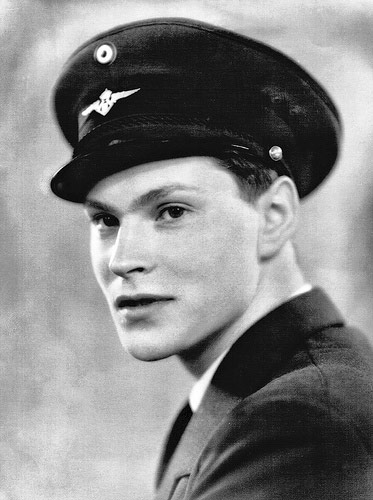 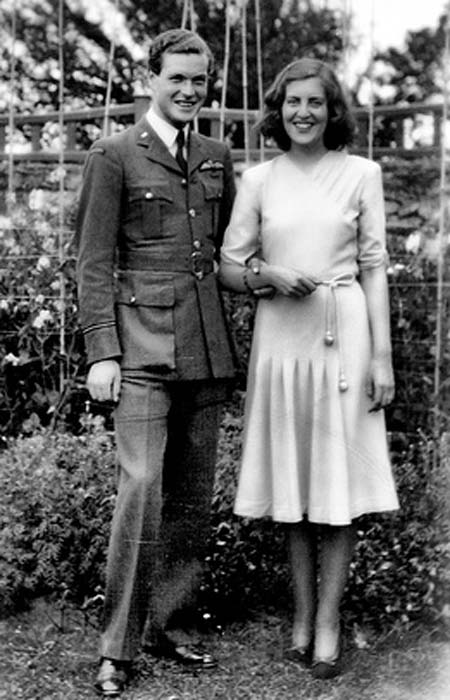 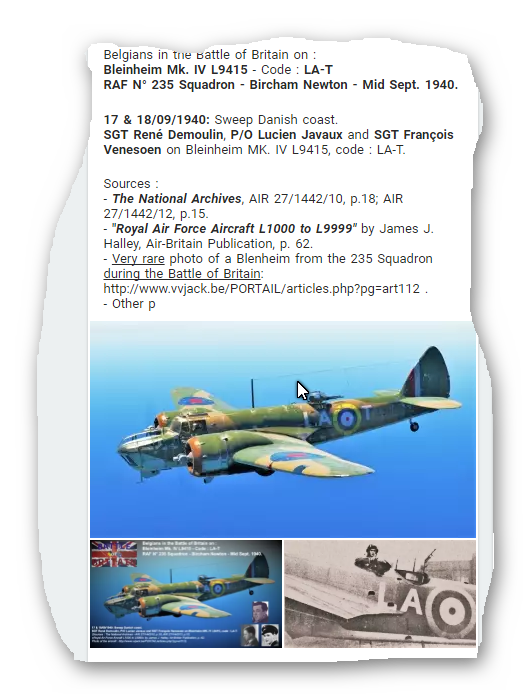 < = expand >
François August Venesoen was born on 19th October 1920 in Anvers (Antwerp) and in the late 1930's he enlisted in the Belgian Air Force (Aéronautique Militaire). He failed pilot training but re-mustered as an air-gunner. He was posted to Nivelles aerodrome situated north-west of Charleroi to a squadron within III Groupe of the 2e Regiment d' Aéronautique to fly in obsolete Fairey Fox two-seat biplane fighters.

Following the attack in the West on 10th May 1940 Venesoen's unit staged a fighting withdrawal to Tours in France, hoping to carry on fighting from there. But after France fell he, with many colleagues, made his way to Saint-Jean-de-Luz where he embarked on HMS Ettrick, arriving in the UK on 23rd June.

Venesoen had hoped to commence pilot training but the pressure on Fighter Command meant that he was posted to 235 Squadron at Bircham Newton in Norfolk on 27th August. He was to serve as a NCO air-gunner on the squadron's Bristol Blenheim Mk.IVF's. The squadron often used Thorney Island on the south coast as a forward operating base. The Blenheims were not ideally suited to the tasks the squadron undertook, which consisted mainly of convoy protection patrols and reconnaissance missions over the North Sea with occasional forays to attack the French Channel ports.

Despite the risks involved on such missions, the squadron suffered comparatively light losses of 6 aircraft on operations from July to October of 1940, and made claims for at least 12 Luftwaffe aircraft. Sadly most of the lost crews were posted 'Missing' over the sea but Venesoen survived.

His next posting was to the newly-formed 272 Squadron in November 1940 at RAF Aldergrove in Northern Ireland. The role was shipping escort. This time his application for pilot training was accepted and he began his initial pilot training with 13 Service Flying Training School. After successfully completing his elementary flying he moved to 5 Flying Training School at RAF Sealand near Chester on 9th July 1941. Commissioned as a Pilot Officer, Venesoen gained his wings and went to 61 Operational Training Unit at Heston in Middlesex.

After converting to Spitfires, Venesoen joined the newly formed 350 (Belgian) Squadron on 18th December 1941. They operated Spitfire MkIIA's at RAF Valley on the island of Anglesey for operational defensive duties and convoy escorts over the Irish Sea. The squadron had to wait until April 1942 before moving to Southern England to join the Debden Fighter Wing for fighter sweeps over occupied Northern France. Their first big operation was 'Operation Jubilee' - the amphibious assault on the heavily defended port of Dieppe.

The attack on 19th August 1942 lost RAF Fighter Command around 100 aircraft but Venesoen was able to claim two Fw190's destroyed. On his fourth sortie of the day a wing tip on his Spitfire was shot away.
His next claim was on 16th November when he shared in the destruction of a Ju52 transport over St.Aubin airfield in France during a Rhubarb sortie. In March 1943 350 Squadron moved north, but Venesoen remained in the front line with a posting to 610 Squadron and on 29th March claimed a Fw190 off the coast near Brighton. On 21st April during Circus 290 he was again in combat with Fw190's and claimed two damaged.

His last claim was during Ramrod 87 on 24th September when he shared a Me110 at Cap St-Mathieu near Caen in Normandy.

350 Squadron spent the early months of 1944 in preparation for D-Day. On 6th June at 04:35 hours, Venesoen took off for an early morning patrol over the Normandy beachhead in a war-weary Spitfire MkV serial EN950/MN-H.

The squadron record book recorded.
"Over the Channel Flt Lt Venesoen had to bale out owing to an internal glycol leak. His parachute opened alright and he was last seen by his Number 2 (Fg Off L Siroux) alighting on the rough sea and struggling in the water, trying to inflate his dinghy. After Fg Off Siroux had pulled up to lead 3 launches to the spot, no trace of Flt Lt Venesoen could be found".

He is commemorated on Panel 203 of the Air Forces Memorial at Runnymede and, as per Belgian custom, a memorial grave at the 'Pelouse d'Honneur' at Evere in Brussels Row