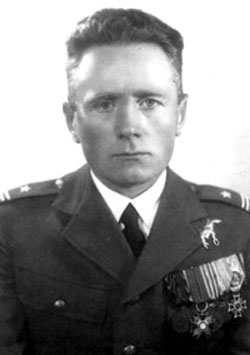 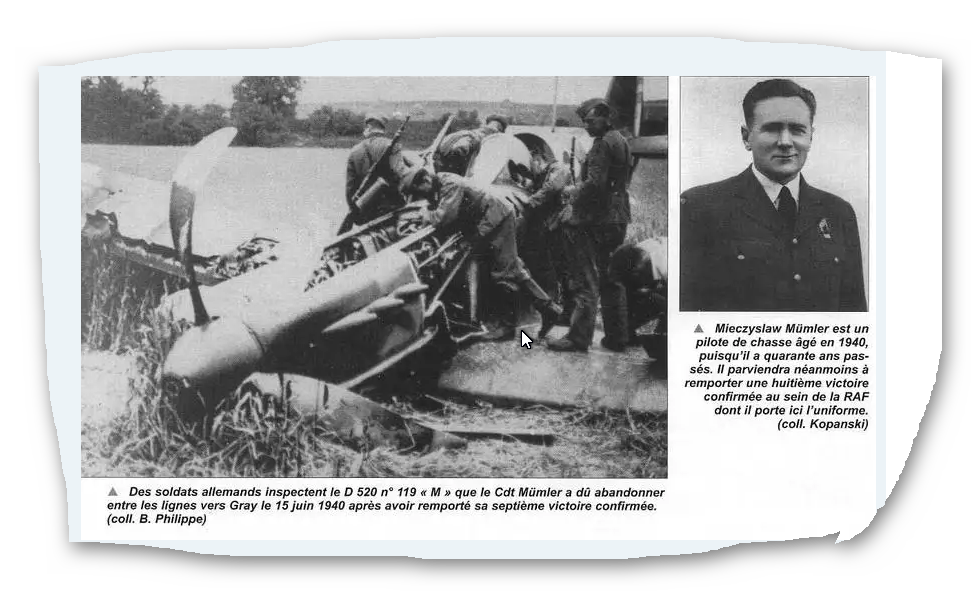 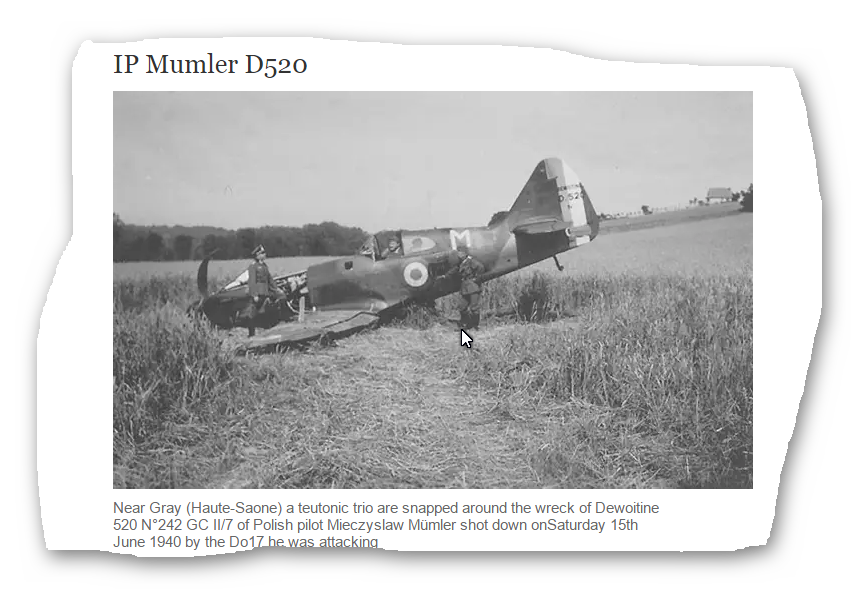 < = expand >
Mieczyslaw Mumler was born on 10th December 1899 in Lviv, he did his compulsory army service as an artillery officer and then transferred to the 11th Fighter Regiment in 1926 for flying training.

Mumler commanded 132 Squadron at Posnan from 1929 to 1937 and in 1938 he was promoted to command the third group of 3 Air Regiment, the only fighter component to function operationally until the Russians invaded Poland on 17th September 1939. On 6th and 12th September he destroyed He111's and on the 13th a Hs126.

Ordered to escape, he flew his aircraft at night over the Romanian border, where he was interned. In October he was released and travelled through Yugoslavia to Greece, from Athens he sailed to Marseilles, arriving on 23rd October.

After the fall of France he flew to Algiers, crossed to Casablanca and sailed to England via Gibraltar.

He joined 302 Squadron at Leconfield from the Polish Wing at 3 School of Technical Training, Blackpool on 26th July as joint CO. He was detached to Duxford on 16th September. Mumler claimed a Do17 destroyed on the 18th. He rejoined 302 on the 26th.

Mumler was made Station Commander at Northolt a month later. He continued to fly occasional sorties. On 3rd February 1943 he was flying with 308 Squadron on a Ventura escort to Courtrai and damaged a Fw190. Mumler was awarded the KW (gazetted 7th April 1943).

He was released from the Polish Air Force later in the year as a Group Captain. In addition to his other awards, he also held the C de G (Fr).

Mumler settled in London, working as a baker in West End hotels, and died on 5th September 1985 at Ealing Hospital. He was buried at the Gunnersbury Cemetery near the Polish Katyn Memorial, in the M plot (grave no. 25).