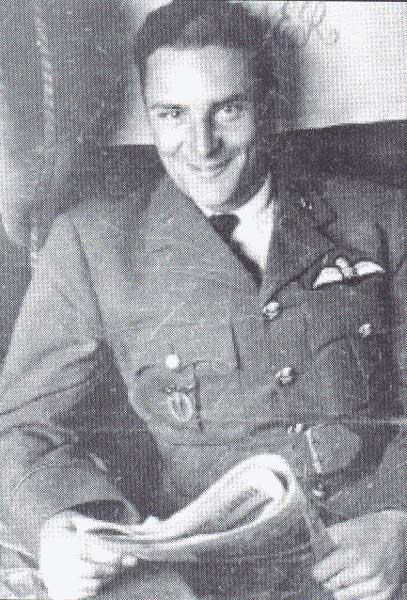 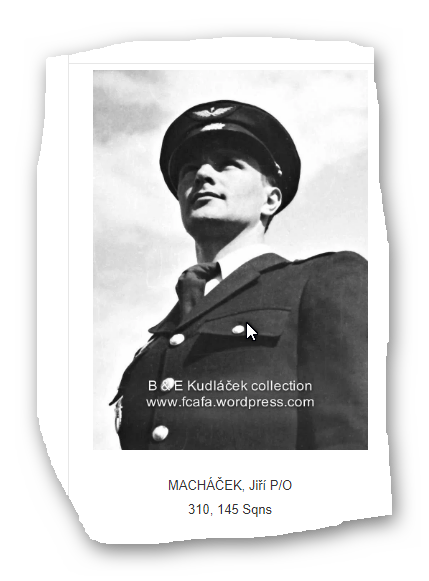 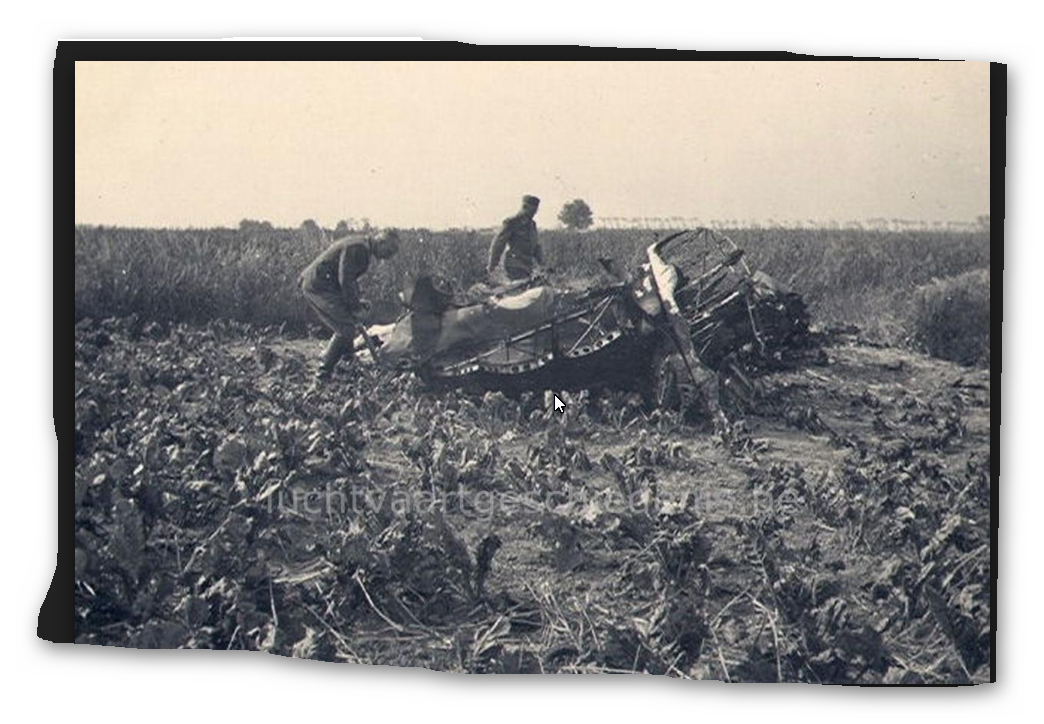 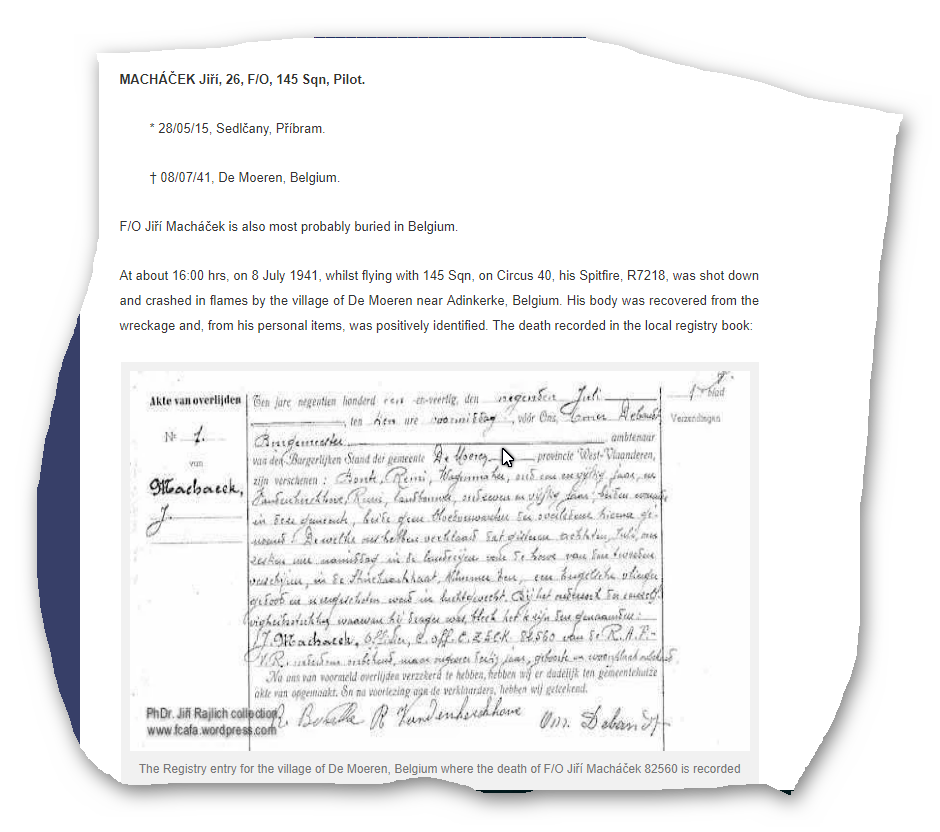 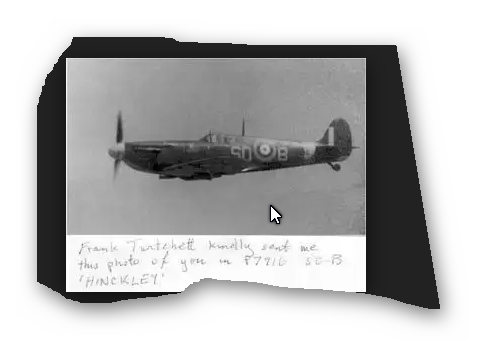 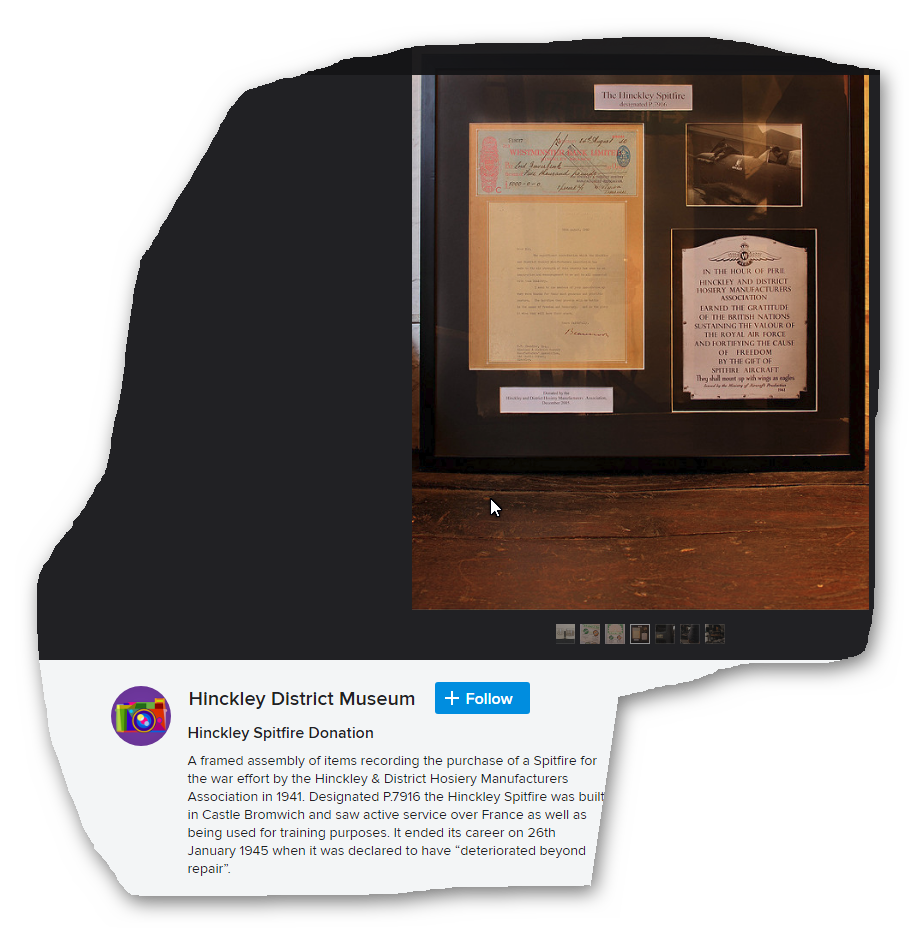 < = expand >
Jiri Jaromir Machacek was born on 28th February 1915 at Sedlcany, south of Prague, Czechoslovakia. He was a member of the Czech Air Force when the Germans took over his country in March 1939. The details of his service are currently unknown, as is the account of his subsequent departure from Poland and service in the French Air Force and passage to England once the French campaign ended.

He is recorded as being processed into the RAF, commissioned and posted to 310 Squadron at Duxford on 6th August 1940. With no experience on Hurricanes, he was posted with a large group of Czechs to 6 OTU Sutton Bridge on 17th August to convert to Hurricanes.

The course ended on 11th September but instead of returning to 310 he was posted to 145 Squadron at Drem.

Flying from Tangmere on 15th October Machacek was attacked by Me109's over Christchurch. He baled out from Hurricane V7337, wounded in the leg, and after landing near New Milton he was admitted to Lymington Hospital. He was not released from the RAF hospital at Torquay until early December.

Machacek was killed on 8th July 1941 on Circus 40, escorting Stirlings to Lille, in Spitfire V R7218 (presentation aircraft Retford). It is thought to have gone down in the sea and he was reported Missing.

He is commemorated on the Runnymede Memorial, panel 30.