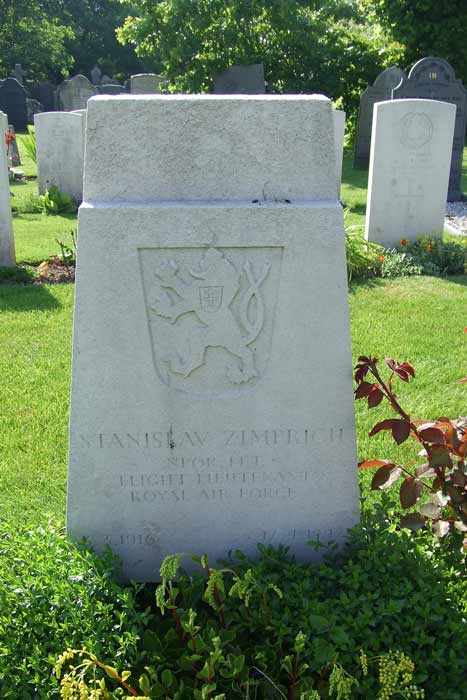 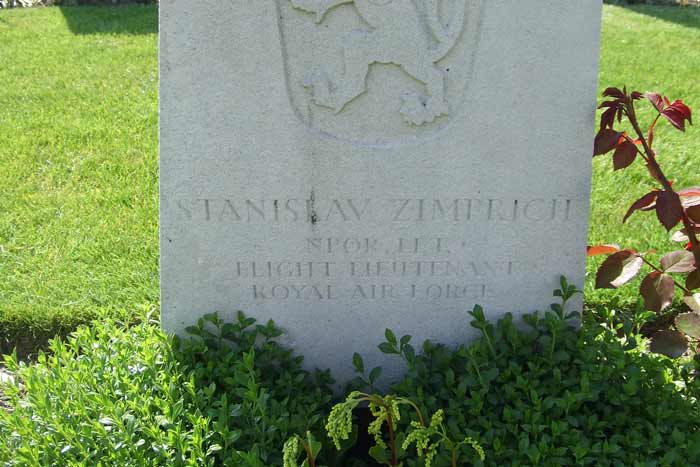 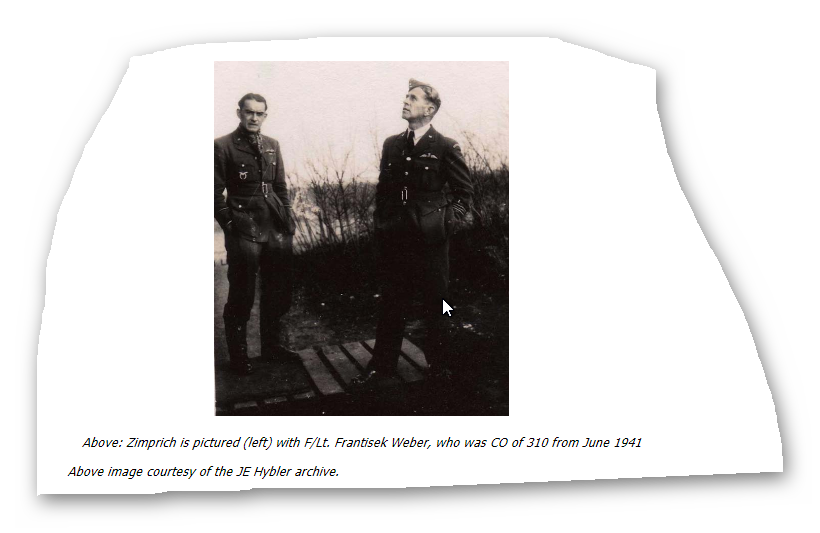 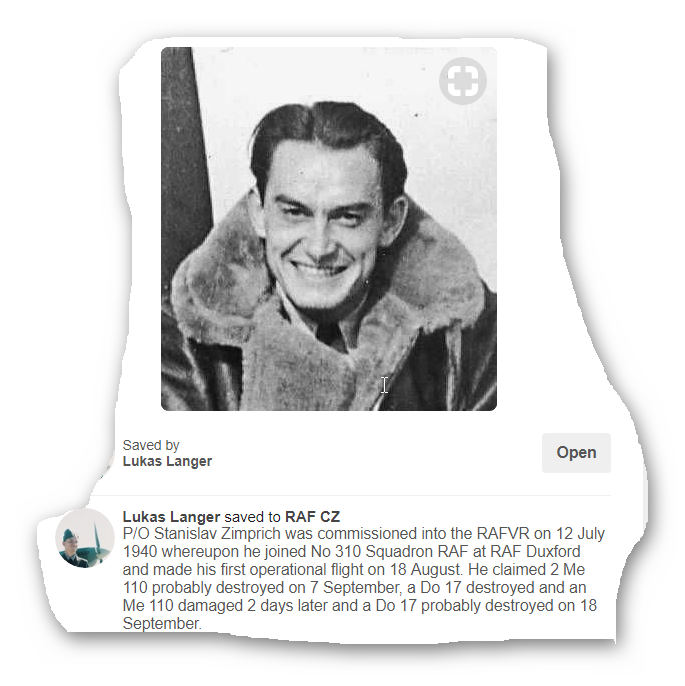 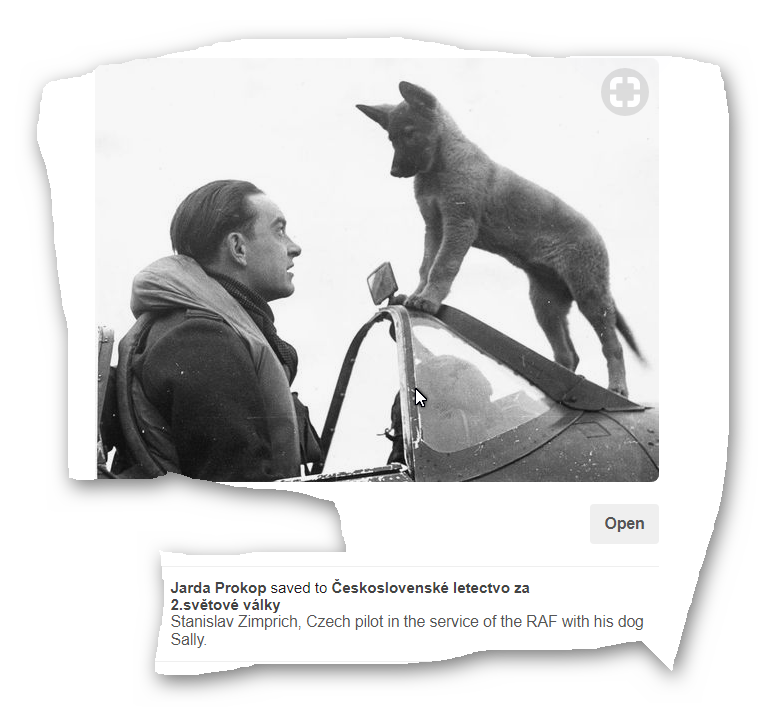 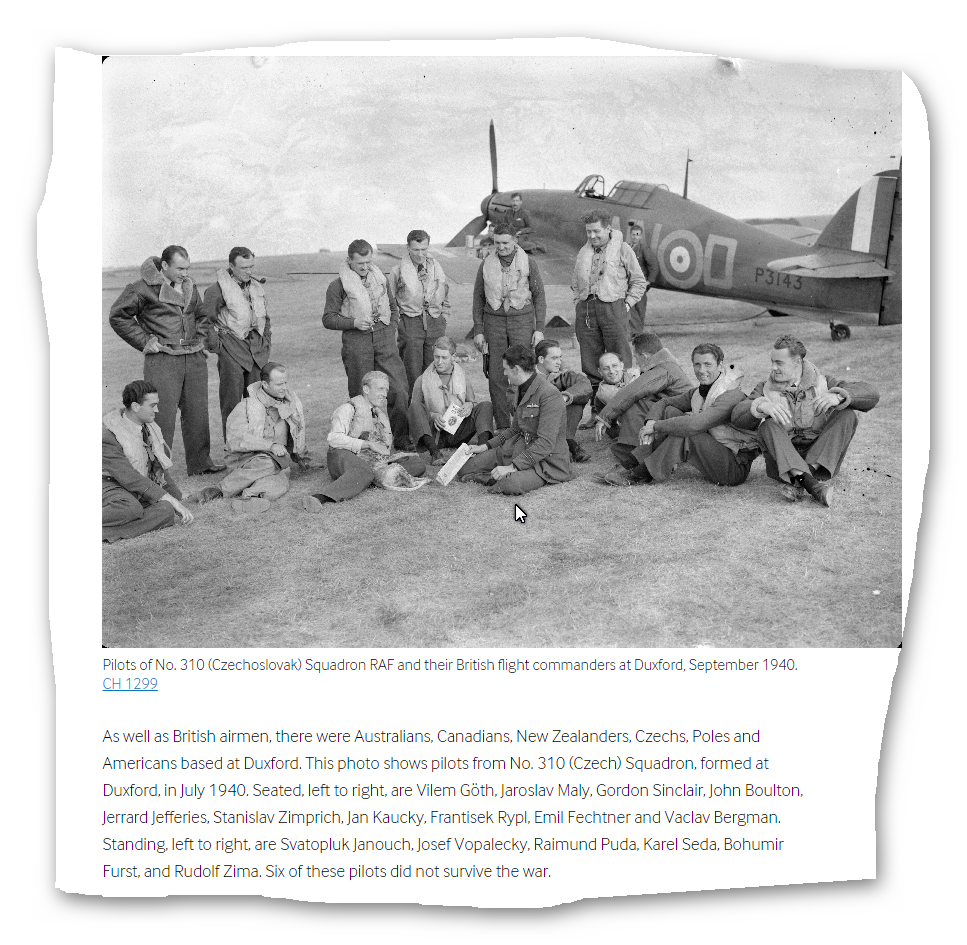 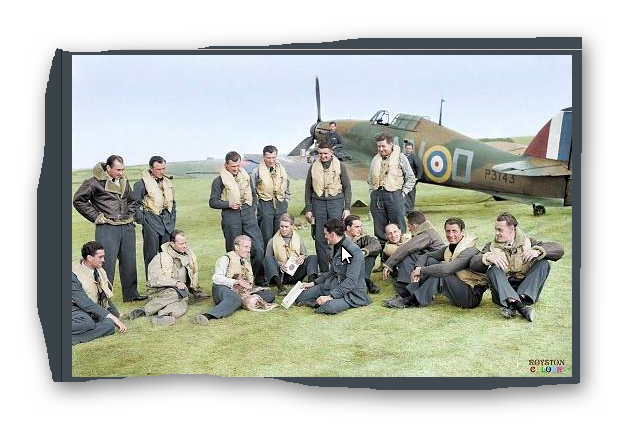 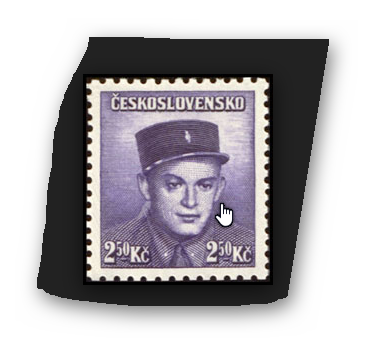 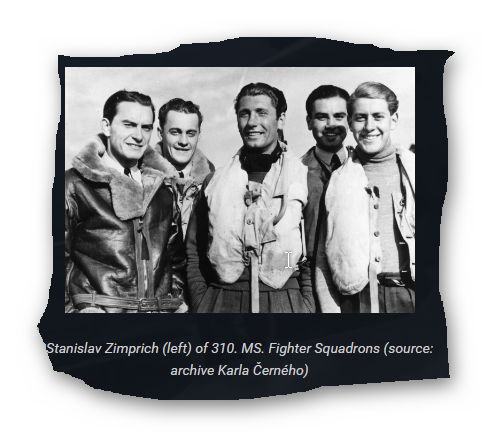 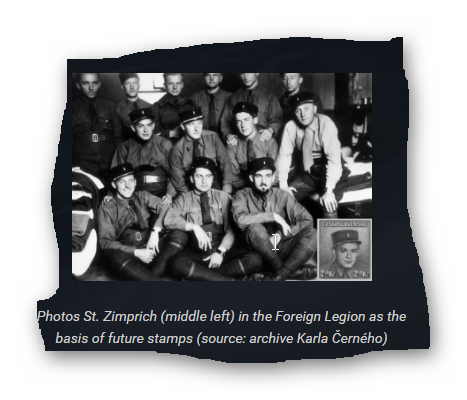 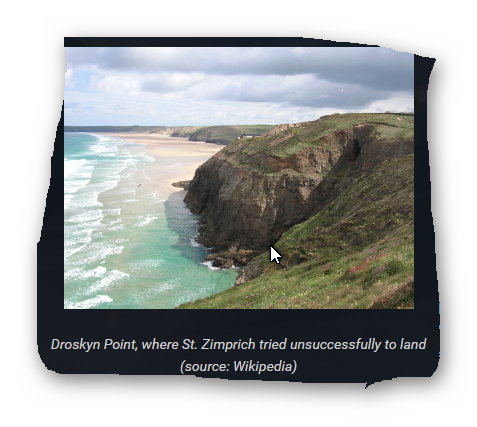 He joined the Military Aviation Academy at Prostejov for pilot training and then was assigned to the Academy at Hranice where he graduated in 1937. He was then posted to the 5th Air Regiment.

When the Germans took over his country in March 1939 Zimprich was demobilised but on 29th May he and five Air Force colleagues escaped to Poland firstly by train and then, by posing as hikers, walking across the Ostravia region and over the border into Poland.

After brief internment by the Polish authorities they were transferred to Krakow and reported to the Czechoslovak Consulate. On 17th June Zimprich and 41 other Czech airmen sailed from Gdynia on the Sobieski, arriving at Boulogne on 18th June.

The Czechoslovak airmen were required to join the French Foreign Legion for a five year period, with the agreement that, should war be declared, they would be transferred to French military units. Zimprich was placed in the Legion barracks at Nanterre, near Paris, and then transferred to the training base at Sidi-bel-Abbes, Algeria. When war broke out he was transferred to l’Armée de l’Air and was posted to its Paris airbase. On 1st December 1940 he was posted to CIC Chartres for training on French equipment. He completed this training on 18th May 1940 and was assigned to GC I/8, based at Chantilly-les-Aigles, north of Paris.

The rapidity of the German blitzkrieg caused GCI/8 to move frequently as it retreated westward. By mid-June it was at Corme-Ecluse, near Royan, in south west France. When France collapsed the Czech airmen of GCI/8 were released from l’Armee de l’Air service and they travelled to the port of Bayonne. On 22nd June they boarded the Konig Emma which landed them at Plymouth two days later.

Zimprich was at 4 Recruit Centre until 1st July when he went to the RAF Czechoslovak Depot at Cosford.

He was commissioned in the RAFVR on 12th July and he joined 310 Squadron at Duxford. He made his first operational flight on 18th August.

Still with 310 Squadron as a Flight Lieutenant, Zimprich was killed on 11th June 1942 during a combat training exercise using on-board cine cameras with six other 310 Squadron Spitfires near Perranporth airfield.

He was flying Spitfire BL497/NN-Y and appeared to make a mock attack, coming from the port side rear of Spitfire AD402/NN-N flown by Sergeant Stanislav Halama. He clipped the tail of Halama’s aircraft causing it to go into a vertical dive and crash into Gear Sands, killing the pilot.

Zimprich’s Spitfire was seen to be flying very low from the sandhills towards the beach, its undercarriage up, but with its flaps down and the engine cut. Zimprich overshot the beach and landed in the sea, close to the shore.

For some minutes, shore observers saw the tail of the Spitfire sticking out from the sea and a dark object, wearing a life jacket, floating away from it. An attempt was made to form a human chain to reach the aircraft but the people were beaten back by the sea. Zimprich’s body was washed up near Combe Martin on 20th July.