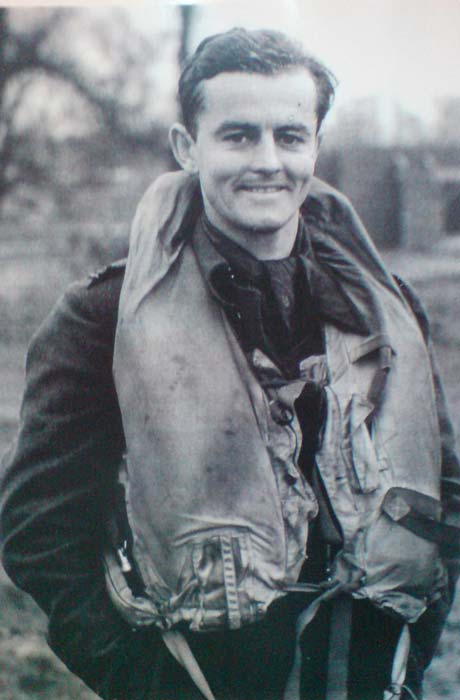 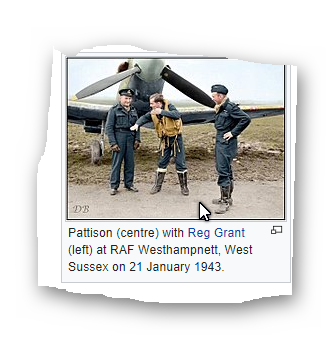 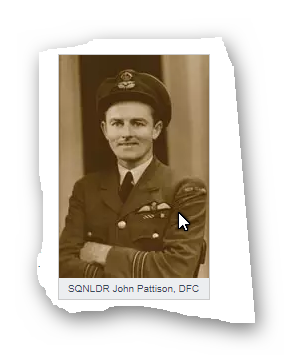 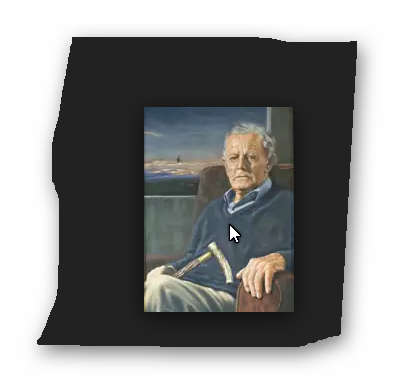 < = expand >
John Gordon Pattison was born at Waipawa, New Zealand on 27th January 1917 and was educated at Wanganui Collegiate School. He then farmed with his father and also joined the Civil reserve of Pilots, training at Bridge Pa, Hastings, by the outbreak of war he had logged 20 hours. He immediately volunteered for the RNZAF and went for training at Weraroa Ground School. He then went to 2 EFTS at New Plymouth and then 2 FTS Woodbourne, qualifying as a pilot on 23 April. He sailed for the UK aboard RMS Rangitata on 7th June 1940.

Arriving in the UK, he was posted to 7 OTU Hawarden on 4th August and after hurried conversion to Spitfires he joined 266 Squadron at Wittering on 27th August.

His first sortie resulted in him getting lost, running out of fuel and coming down in a field full of anti-invasion obstacles. Locals, thinking he was German, threatened him with pitchforks. On 14th September he was posted to 92 Squadron at Biggin Hill. He was shot down by a Me109 on the 23rd and was badly wounded in the thigh. He then spent eight months in various hospitals before rejoining 92 on 1st June 1941.

His next posting was 61 OTU at Llandow, Wales as an instructor. However he flew under the Severn railway bridge and lost three months seniority as a penalty.

On 13th April 1942 he joined 485 Squadron, one of the three squadrons in the Kenley Wing. on 26 April 1942 while escorting Hurricane bombers attacking Calais, 485 was jumped by a large force of Fw190's and lost four Spitfires. Pattison's Spitfire (BM267) engine was hit and knocked out by a cannon shell and his cockpit filled with smoke. He glided his aircraft across the Channel, baled out near Dungeness and was rescued by an ASR launch 90 minutes later.

After a year flying attacks over France, Pattison was posted on 7th July 1943 as chief flying instructor at 56 OTU Kinell. He returned to operations on 3rd March 1944 with 66 Squadron at North Weald.

On 8th September 1944 Pattison was posted as CO of 485 Squadron at Caen in France. Pattison returned to New Zealand in January 1946 with a record of two enemy aircraft destroyed and many ground vehicles to his credit.

DSO Citation
"This officer has completed a third tour of operational duty. He has displayed the highest standard of skill and courage and throughout his devotion to duty has been unfailing. He has shown the finest qualities of leadership both in the air and on the ground and his sterling work has contributed in good measure to the success of the squadron he commands. Within recent months, Squadron Leader Pattison has destroyed very many enemy mechanical vehicles and shot down 2 enemy aircraft."

He farmed for the rest of his working life in Waipawa before retiring to Havelock North. He died on 11th September 2009 in Hastings, New Zealand . He is survived by his four sons and their families.