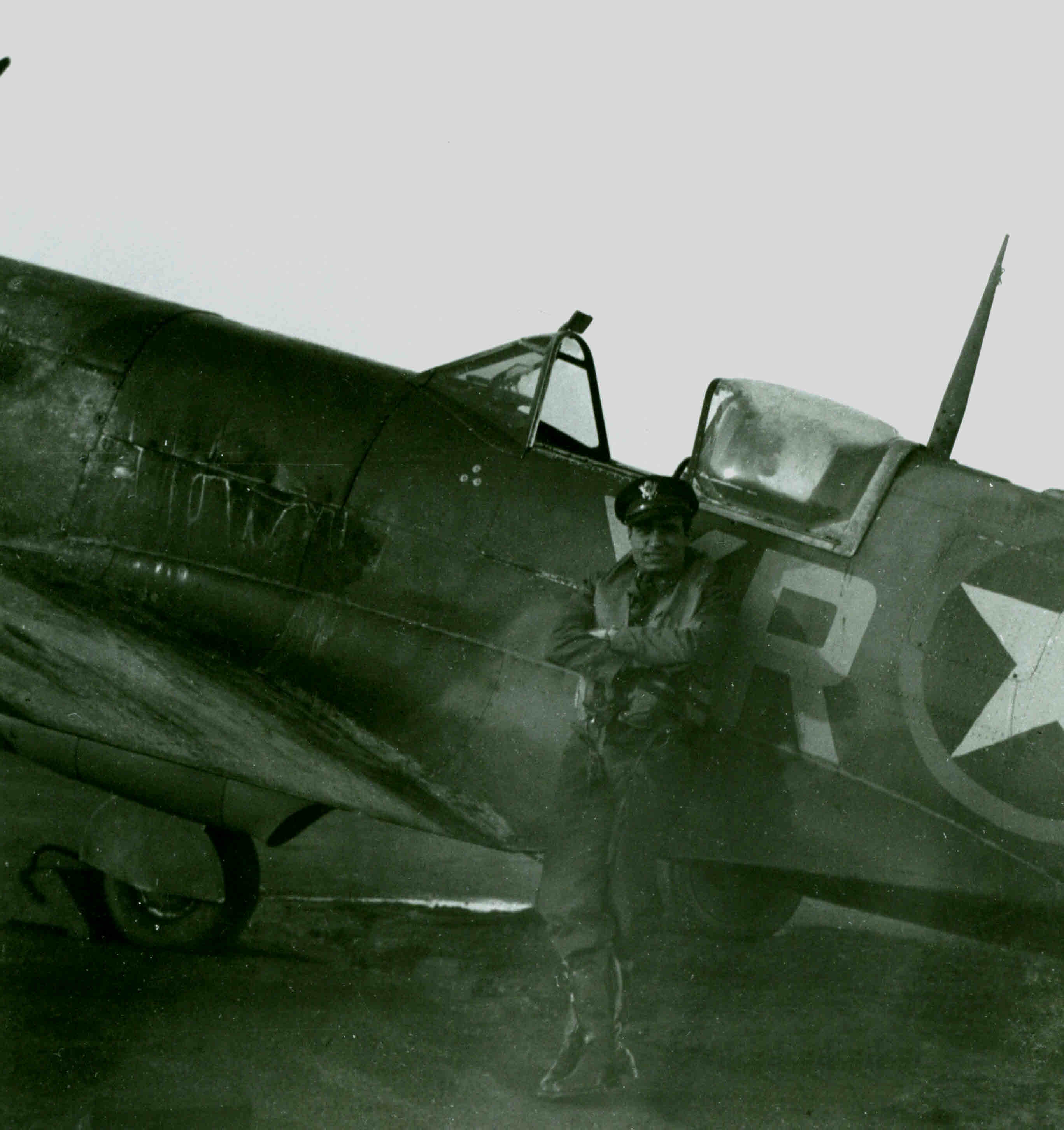 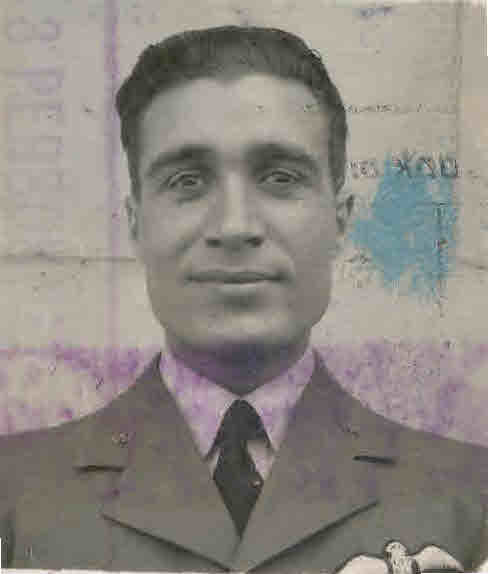 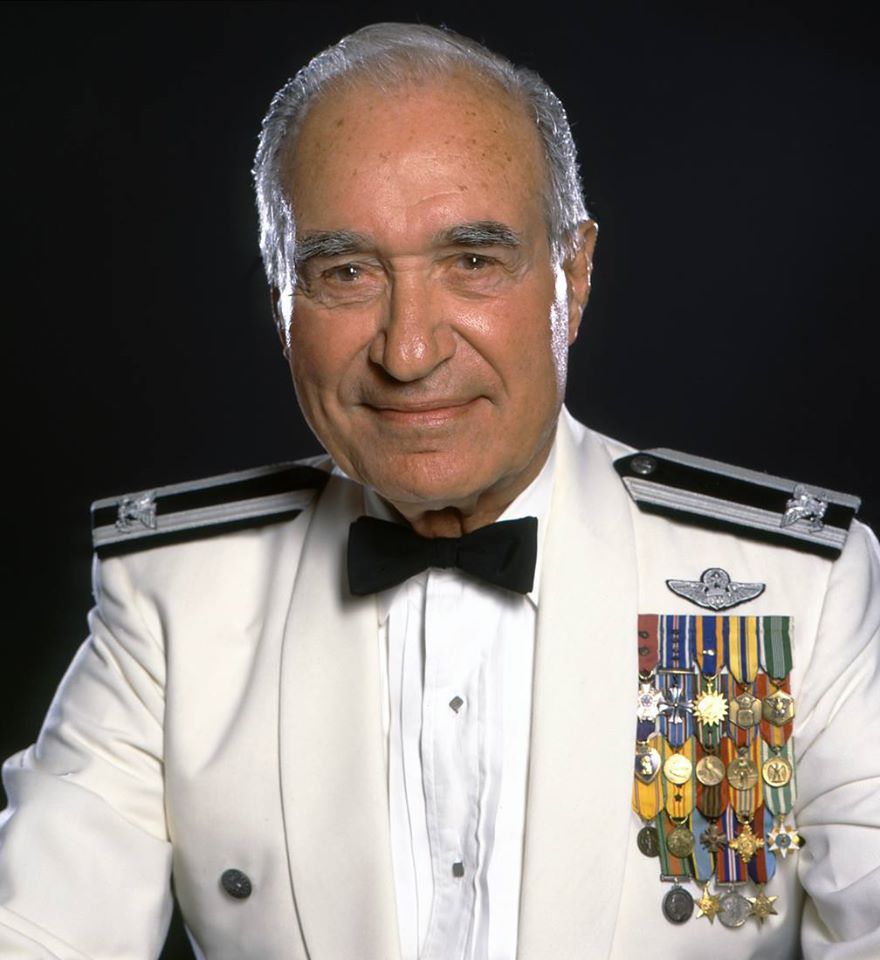 < = expand >
Born in Athens, Greece, in the suburb of Kolonos, on 10 November 1919, Spiros Nicholas “Steve” Pisanos, the son of a subway motorman, came to America in April 1938, as a crew member on a Greek Merchant ship. Arriving in Baltimore, Maryland and unable to speak English, Steve found his way to New York City, where he worked in bakeries and restaurants. As he earned money he started flying lessons at Floyd Bennett Field. In August 1940, he settled in Plainfield, New Jersey, his adopted home town, and continued flying lessons at Westfield Airport. He earned a private pilot’s license and, although still a Greek national, in October 1941 he joined the British Royal Air Force sponsored by the Clayton Knight Committee in New York City.

Steve began his military flight training at Polaris Flight Academy in Glendale, California. Upon graduation, Pilot Officer Pisanos was transferred to England where he completed RAF Officers Training School at Cosford, England and OTU (Operational Training Unit) at Old Sarum Aerodrome in Salisbury. Pilot Officer Pisanos was posted to the 268 Fighter Squadron at Snailwell Aerodrome in Newmarket flying P-51A’s. He later transferred to the 71 Eagle Squadron, one of three Eagle squadrons in the RAF, comprised of American volunteers flying Spitfires at Debden RAF Aerodrome.

When the USAAF 4th Fighter Group absorbed the American members of the Eagle Squadrons in September and October 1942, Pilot Officer Pisanos was commissioned a lieutenant in the U.S. Army Air Forces. On 3 May 1943, Lt. Pisanos was naturalized as an American citizen in London, England, becoming the first individual in American history to be naturalized outside the Continental United States.

Flying his first mission in his P-47 “Miss Plainfield” out of Debden Aerodrome with the 334th Fighter Squadron, 4th Fighter Group, Lt. Pisanos, “The Flying Greek,” scored his first victory on 21 May 1943, when he downed a German FW-190 over Ghent, Belgium. By 1 January 1944 he had become an ace with five confirmed victories. On 5 March 1944, he obtained his 10th victory and while returning from that B-17 escort mission to Limoges and Bordeaux, France , Steve experienced engine failure in his P-51B and crash-landed south of Le Havre. For six months he evaded the Germans and worked with the French Resistance and the American OSS sabotaging the German war machine in occupied France. Lt. Pisanos returned to England on 2 September 1944, following the liberation of Paris.

Upon returning to the United States, Captain Pisanos was assigned to the Flight Test Division at Wright Field, Ohio. He attended the USAF Test Pilot School and subsequently served as a test pilot at Wright Field and Muroc Lake, California, testing the YP-80 jet aircraft. During his career in the USAF, Steve graduated from the University of Maryland, attended the Air Command and Staff College and the Air War College. In December 1973, after a distinguished thirty years of service in the United States Air Force, he retired with the rank of Colonel.

Col. Pisanos was made a Chevalier of the French Legion of Honor in September of 2009 and was presented the medal from the French Consul General, David Martinon, in a ceremony at the San Diego Air & Space Museum on March 6, 2010.

The Congress of the United States of America on May 20, 2015 presented to the American Fighter Aces the Congressional Gold Medal.

real honour to have your Dad on the site Jeffrey ... that's quite a story, thanks for sharing.
reply
post