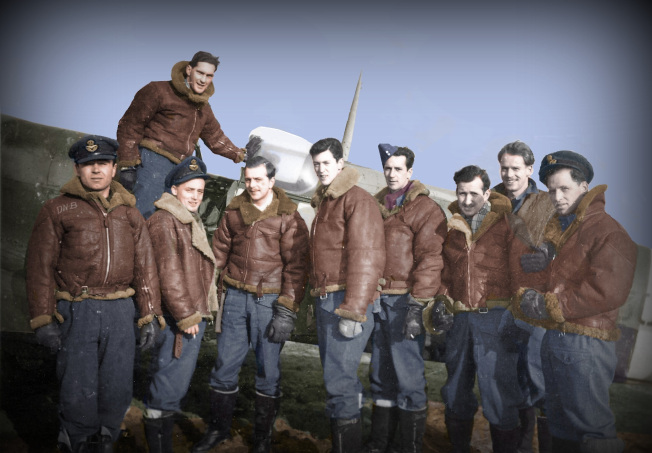 Credited with the following aerial victories:

This officer has now completed his second tour of operations. During his first tour he was engaged in fighter operations from Malta, proving himself to be a gallant and courageous pilot and leader. Since June 1944 he has served with his squadron from bases in France, Belgium and Holland and during the German retreat.

In August 1944 he destroyed more than 60 transport vehicles and nine locomotives. He has also destroyed three enemy aircraft.

Hi, I am Michael R. Sharun's niece (by marriage). I have some memorabilia of his that you might be interested in. I have his Defence Medal and Distinguished Flying Cross Medal, along with a photo album and other items, such as some of his letters to his wife (my aunt), who was living in Yellowknife YT at the time. Please let me know if you're interested in seeing any of it.
reply
reply: Anne Gafiuk Interested in learning more about your uncle. 2023-01-25 03:00:03

Hello Tracy,
I am presently working on a story for a potential magazine article featuring the men in a group photo (July/Aug 1942) including your uncle. Any information you have about him that you could share would be most welcome.